At the Galaxy Unpacked 2015 event, Samsung announced that the Galaxy S6 and S6 edge will come with three storage options: 32GB, 64GB, and 128GB. However, while browsing through Samsung UK’s website, we found out that the S6 edge will come with 64GB of storage as standard instead of 32GB, at least in the UK. This could potentially mean that the S6 edge’s base model will have a much, much higher price tag than the S6’s base model. Maybe Samsung wants people to buy more Galaxy S6s than the edge variant, or this could simply be just a mistake.

Also, both the Galaxy S6 and the S6 edge are given an exclusive colour option, Blue Topaz and Green Emerald, respectively. 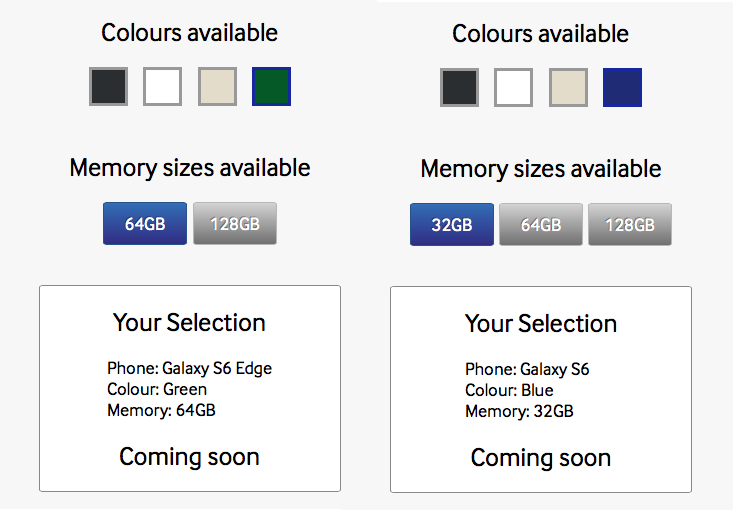 Galaxy S6 and S6 edge are Samsung’s first smartphones to feature a completely new design, never seen before from the Korean firm. They both feature a glass body, made from the toughest glass to date, Gorilla Glass 4, and an aluminium frame, which Samsung say’s is 50% stronger than the metal used by other smartphones. Samsung even promised that the device won’t bend.

Currently, Samsung hasn’t announced an official release date or pricing for the UK market. Nevertheless, we would let you folks know as soon as we hear something from the Korean giant, so keep it tuned to SamMobile.