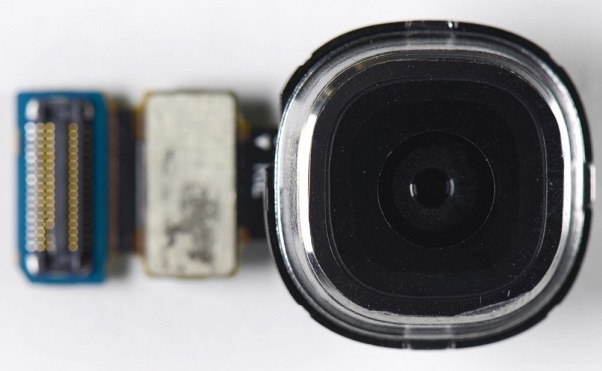 One of the most important features of a flagship smartphone is no doubt its camera, and Samsung has always been at the forefront when it comes to offering stellar camera performance on its devices (though it has fallen behind the competition in low-light photography). The awesome cameras on the Galaxy S5 and Galaxy Note 4 have naturally made it a no-brainer that the Galaxy S6 will also deliver the goods, and we have managed to score some interesting details on the phone’s camera thanks to one of our insiders who managed to get hold of a Galaxy S6 prototype.

It’s unclear if the company will use a 20-megapixel unit on the final version of the device. It will likely depend on factors like the sensor’s price and Samsung’s ability to mass produce it in enough quantities; Samsung could make the 20MP camera exclusive to the Edge variant considering the Edge variant won’t be as widely available as the standard Galaxy S6, which would also explain why the Galaxy S6 Edge appeared on benchmarks with a 20MP camera on-board.

We have also picked up information on the camera software on the Galaxy S6/S6 Edge. Samsung is using the APIs that debuted on Android 5.0 Lollipop to offer a Pro mode in the camera app. This Pro mode will enable the option to choose between three focus modes, including a manual focus mode similar to the one found on third-party apps like Manual Camera. We could possibly also get other advanced options, such the ability to save RAW images and control the shutter speed, which would give advanced users the power to shoot photos the way they want to.

There’s another small detail that was sent to us by our insider. Apparently, the gallery app will be more intuitive and easier to use, particularly in the way the user is presented with things like the option to delete or share an image. Basically, instead of just showing icons, the gallery app will show both the icon and text for the aforementioned controls, something that should help the average user considering it’s not always easy to decipher what a particular icon is for.

As always, there is a possibility that this information isn’t fully accurate, especially since it comes from a prototype device. The biggest uncertainly is the megapixel count of the Galaxy S6. A 20-megapixel camera would certainly be welcome considering it will be able to capture a high amount of detail, but it would also be better if Samsung focuses on improving the low-light performance as well instead of just focusing on the number of pixels that can fit in each picture.

The Galaxy S6 and Galaxy S6 Edge will go official on March 1st at Mobile World Congress, and we will be trying our best to get more info on the two devices leading up to the announcement, so make sure to check back with us!