The Galaxy A3 and Galaxy A5, apart from bringing metallic designs to Samsung’s mid-range lineup, were the first Android phones from the company to come with support for themes, a feature that has been present on devices from the competition (Sony being a prime example of a major manufacturer allowing its users to change the look of their phone’s software). According to information we’ve received, Samsung is making themes support a priority on all future devices, with the S6 to be among the first to offer enhanced themes customization.

Based on our info, the themes function will be similar to the one seen on the Galaxy A devices and will be called Themes Center (or something similar), but with a few additional options, such as changing system sounds, fonts, and something called Events. Apparently, users will be able to change themes for particular events – for example, you could set a particular theme for Christmas eve, and another for the big day itself. We’re unsure of how the event theme feature will work, but overall, it sounds like something different than what we usually see in themes on software from other OEMs.

Also new in upcoming devices will be a themes store. We’re not sure whether there will be an option of using third-party themes in this particular store or if users will only be able to choose from pre-installed themes, but given Samsung has been very active in releasing the necessary tools that allow developers to take advantage of the unique features found on its phones (Multi Window is a good example), it’s highly possible users will be able to download new themes off the store. 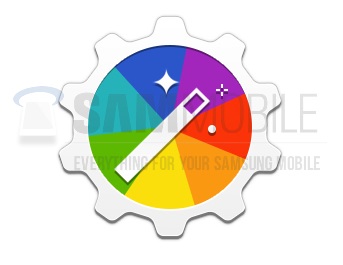 While we’re pretty confident of the accuracy of our source’s information, we should point out that things can always change in the future. What do you think about Samsung offering themes support on its smartphones? Is it an important feature for you, or is just one of those features that you think is okay as an option but not a necessity?