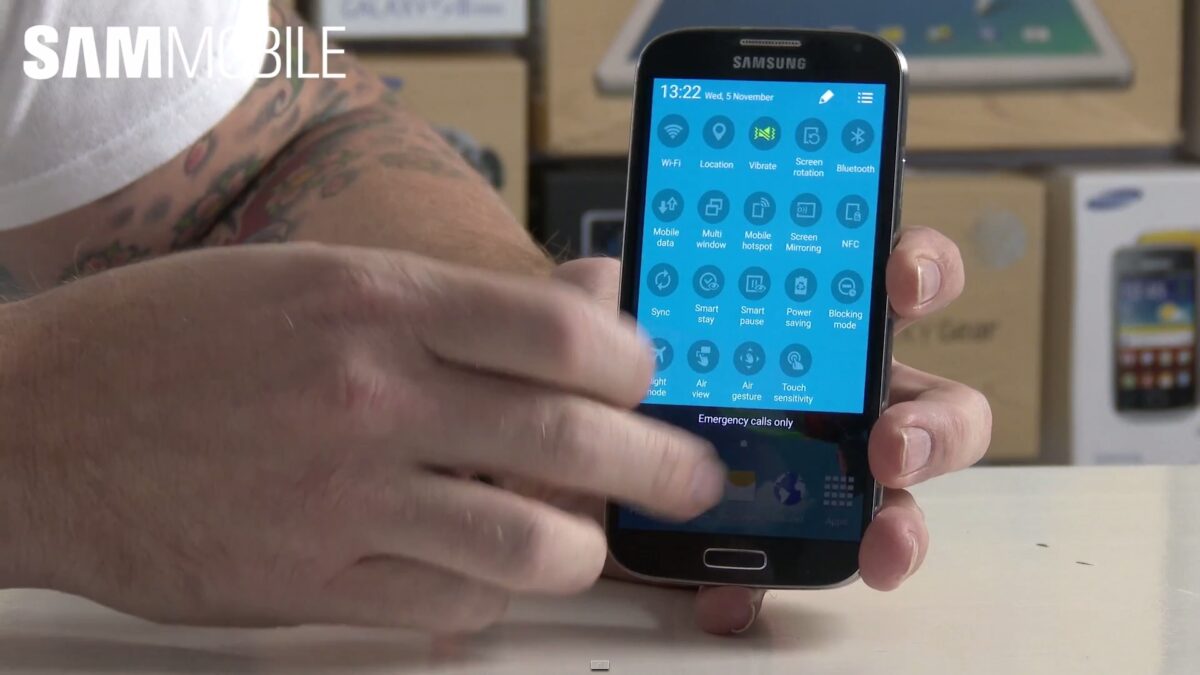 After providing you folks exclusive previews of Android 5.0 test builds running on the Galaxy S5, the day has finally arrived when we shift the spotlight from the Galaxy S5 to Samsung’s last year Galaxy S flagship smartphone, the Galaxy S4. Last week, it came to our attention that Samsung had begun testing Android 5.0 Lollipop on the Galaxy S4, and was making remarkable progress with it as well.

After hearing that, we wanted to try it ourselves. So, thanks to our elite friends, we managed to score an internal build of Lollipop for the Galaxy S4. We have been testing the build on our device for a few days now, but as Samsung just started testing it, there are bugs everywhere and the build is nowhere near daily driver material. Keeping that in mind, we can’t leak this particular build, but we can give all of you Galaxy S4 users a sneak peek at what’s coming your way.

As you can see in the video above, the Korean giant has given the Galaxy S4 its latest Lollipop-optimised TouchWiz UI, which is the same one we previewed on the Galaxy S5’s Lollipop builds. Samsung has also ported the Galaxy S5’s TouchWiz launcher with My Magazines and Popping Colours lockscreen effect to the Galaxy S4, and overhauled the look of its proprietary system apps – phone, messaging, contacts, calculator, clock etc – due to Google’s new design guidelines.

The firmware is based on an early Lollipop code (LRX02E), instead of the final Lollipop code base (LRX21M) Google dropped three days ago, hence there’s no Lollipop branding/easter egg in the firmware. As it’s a test build, we can’t really talk about performance, but it feels much faster and responsive than KitKat. Also, memory management seems a lot better than before.

Samsung is still working on TouchWiz and Android Lollipop, so things might change in the final build. If you would like to know the changes Samsung has done to TouchWiz to make it compatible with Android 5.0 Lollipop, check out our Lollipop coverage for the Galaxy S5 because it’s pretty much the same for the Galaxy S4.