All major US carriers had announced early on that they would be selling the Galaxy Note Edge, Samsung’s curved screen wonder, later this year, but had neglected to offer a concrete release date for the device. It was recently leaked that T-Mobile could start stocking the Note Edge as soon as November 14, and it seems the launch of the phone in the US is now getting closer than ever, as it has been certified by the Global Certification Forum (GCF). The Verizon, Sprint and standard Cat6 LTE variants have been certified, making it possible that all these major carriers would be selling the Note Edge within the next two weeks.

The Galaxy Note Edge recently went up for sale in Japan, and other than its 5.6-inch Edge display and a smaller (3,000mAh) battery, the Note Edge features mostly the same specs as the Galaxy Note 4. These include a QHD display resolution, Snapdragon 805 processor clocked at 2.7GHz, 3GB of RAM, a 16-megapixel rear camera with optical image stabilization, heart rate and fingerprint sensors, a 3.7-megapixel wide-angle front-facing camera, and Android 4.4.4 KitKat with the newest, and not so optimized, version of Samsung’s TouchWiz UX.

Read our hands-on experience with the Galaxy Note Edge here, and look forward to our full review, which we shall be publishing within the next week or so. 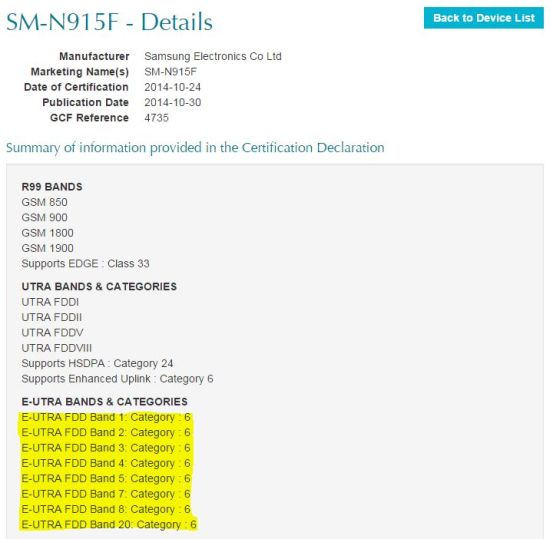 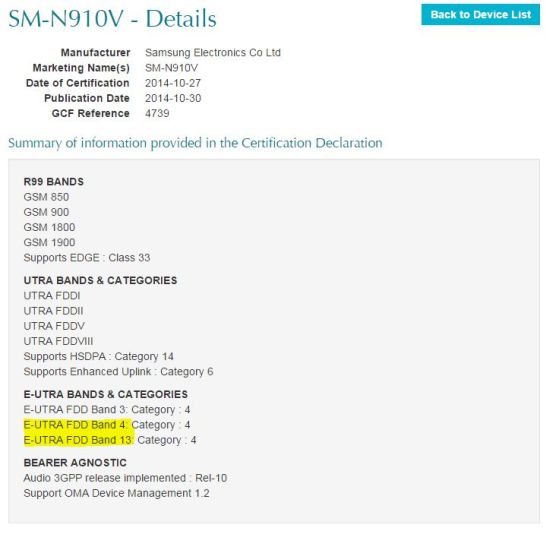 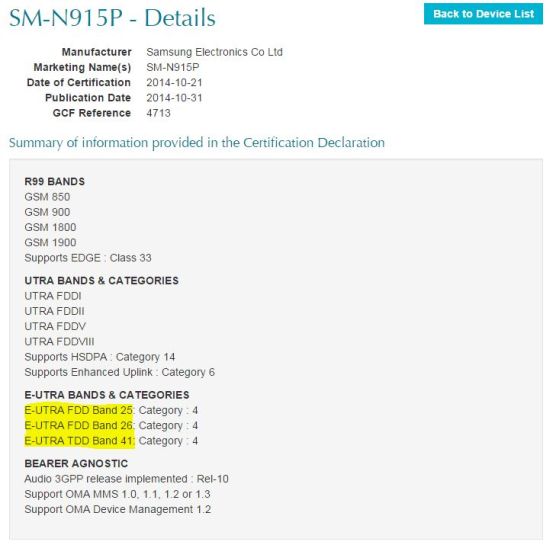