Even though Samsung had announced that the Galaxy Note Edge would be a “limited edition concept device“, looks like almost every major carrier in the US might launch it at some point of time. Even T-Mobile has put up a page for the device on their official website, but its actual launch date wasn’t available. Well, it looks T-Mobile is in the process to launch the Galaxy Note Edge on November 14. A tipster has revealed T-Mobile’s internal document which lists the release dates of various devices, including the Note Edge, to WPCentral. As per the information available in the image, looks like the Galaxy Note Edge will be launched two days after the launch of the Motorola Nexus 6 and the HTC Nexus 9 on T-Mobile’s network.

The Galaxy Note Edge was announced alongside the Galaxy Note 4, and has already been launched in Japan through NTT DoCoMo and in South Korea through SK Telecom and KT. Traces of information has been leaked earlier which shows that it might be launched in the US through AT&T, US Cellular, and Sprint. 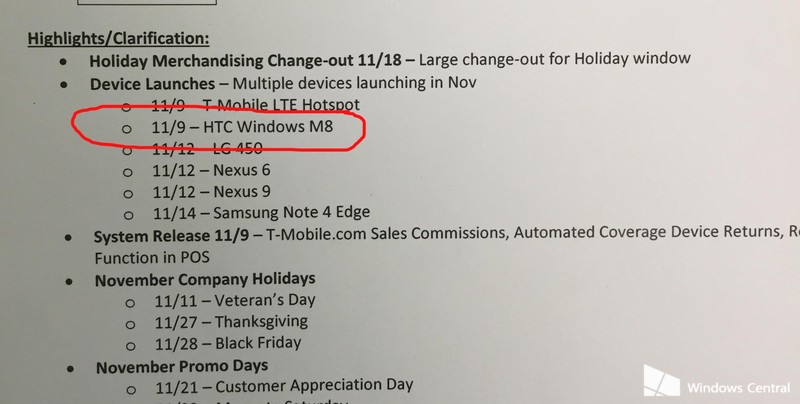