Sprint’s Galaxy Note 3 should be getting the Android 4.4.4 update today

Galaxy Note 3 owners on Sprint’s network should soon be seeing a notification for an update to Android 4.4.4 on their device, as Samsung’s support page now lists the new version of Android for the carrier’s version of the phablet. Sprint actually lists the rollout date as September 5, which means the update is probably on the air already and should be hitting devices any moment now. The Android 4.4.4 update will bring international Wi-Fi calling, version 2.0 of KNOX, and the Kids Mode feature that debuted on the Galaxy S5, along with bug fixes and security patches from Google.

As is usually the case, don’t expect the update to instantly show up on your Galaxy Note 3 as these rollouts are gradual. However, considering the September 5 date mentioned by Sprint, there’s a chance you will be able to pull the update from the Settings » General » About phone » Software updates page. The Android 4.4.4 update should also be hitting the Galaxy S5 on Sprint in the near future, and we will be sure to let you know when that happens.

UPDATE: The update is now available over the air and via Kies, and you can also download it and update manually from our firmware section. 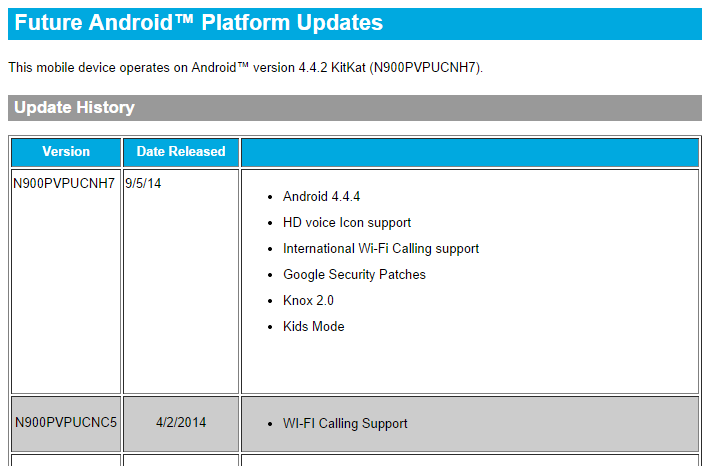 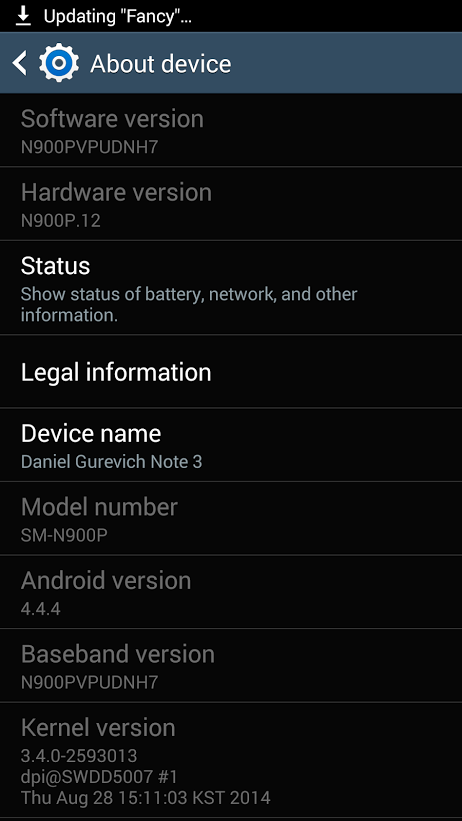