Today, folks over at AllAboutSamsung were able to confirm hardware specifications of the Galaxy Alpha SM-G850F using AnTuTu benchmark. It is powered by an Exynos 5433 octa-core processor, Mali-T628 GPU and 2GB of RAM. This processor is supposed to be used in the upcoming Galaxy Note 4 as well. Although there’s no microSD card slot, the Galaxy Alpha comes with 32GB of internal storage space. Apart from that, it will have a 12MP primary camera with LED flash and a 2MP front-facing camera. The screenshots also confirm our previous report that it will have a 4.8 inch display with 720p resolution. The device scored exceptionally well in the benchmark as the powerful Exynos 5433 processor is able to drive the 720p screen quite easily. It has a nano SIM card slot, a fingerprint sensor and a heart rate monitor.

From the looks of it, the Galaxy Alpha has a mix of high-end and mid-range features as it is supposed to be placed between the Galaxy S5 Mini and the Galaxy S5. We’ve already reported that the Galaxy Alpha SM-G850F could be unveiled on August 4th but AllAboutSamsung reports that the announcement is pushed to August 13th. 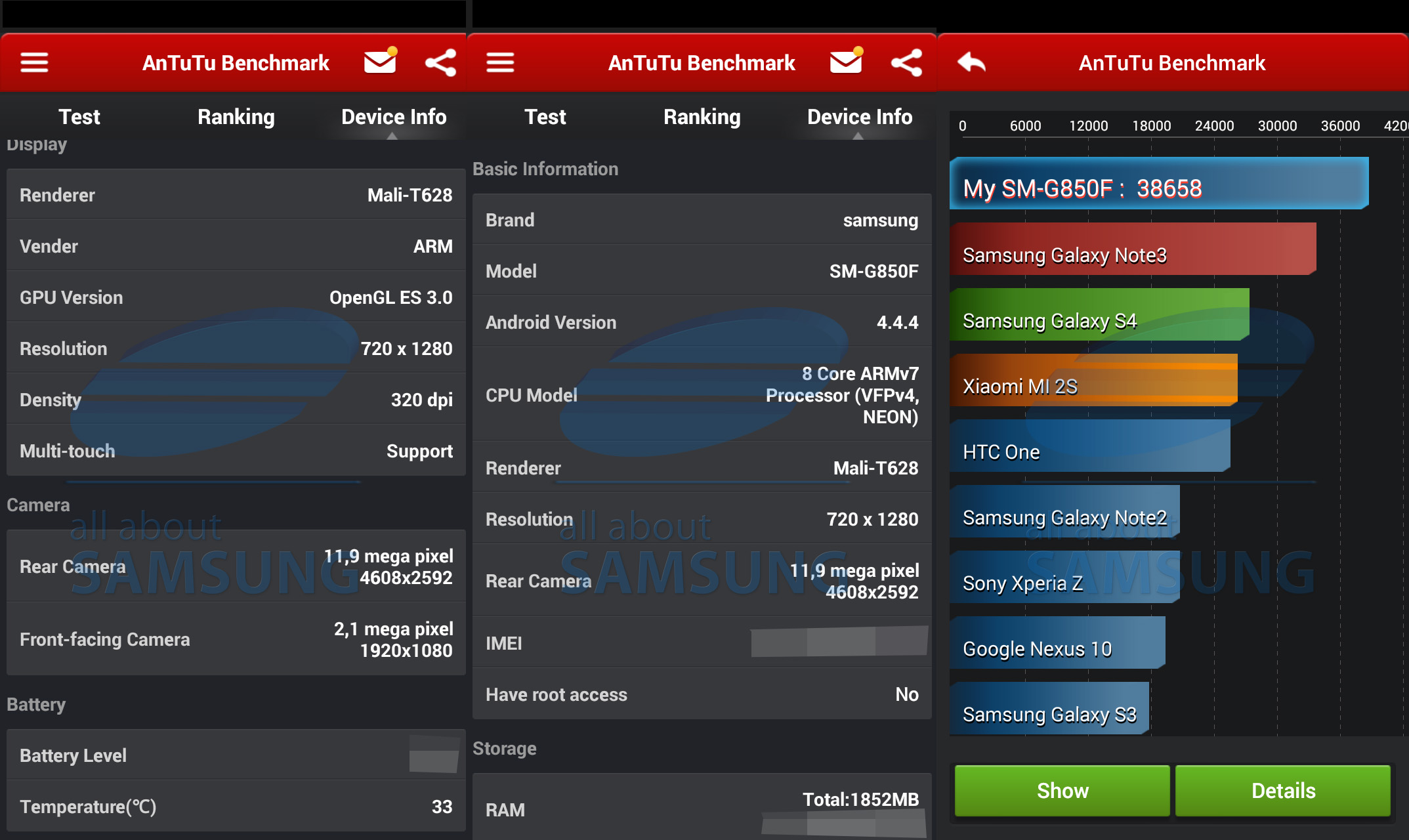 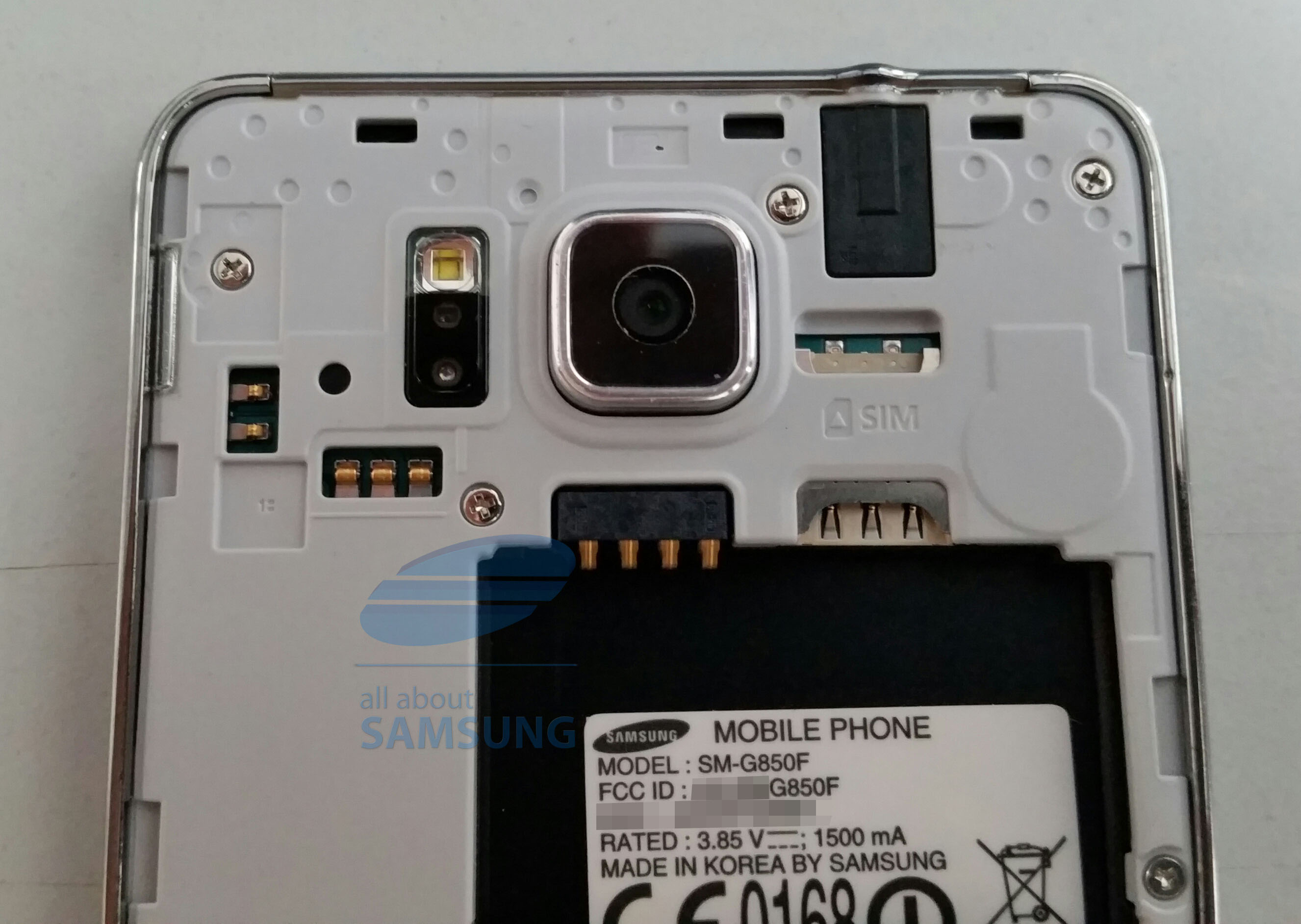