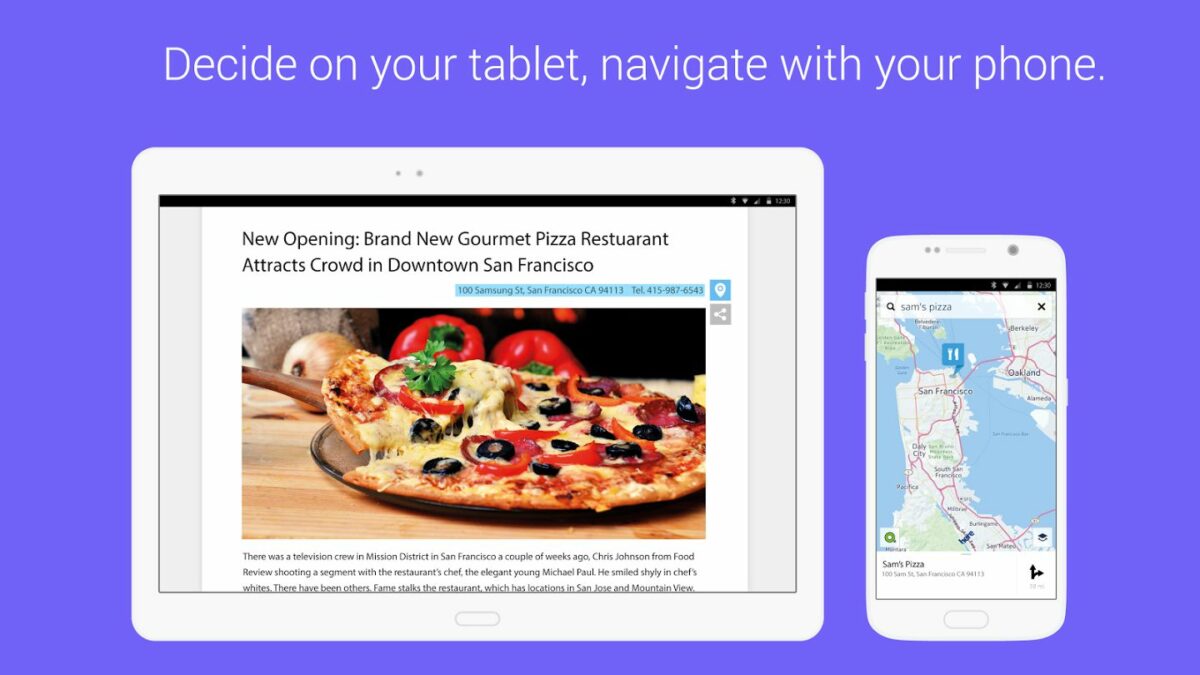 Samsung has launched an official app for its Flow service, which was announced last year, on the Play Store today. Heard of Apple’s Continuity feature? This is basically Samsung’s take on the same thing and allows you to take whatever you’re doing on one device to another and carry on from there. For example, you could be reading an article on your phone and then switch over to your tablet to continue reading. Or, you could click on a map link in an article on your tablet, and instead of having the maps app open on the tablet itself, you could do it on your phone instead.

Flow also supports pausing an activity and then resuming it at a later point of time. It uses Android’s basic share mechanism to transfer activities from one device to the other, though it is only supported on a couple of Samsung devices for now (the Galaxy S5, Galaxy S6, Galaxy S6 edge, Galaxy Alpha, Galaxy Note 4, Galaxy Note Edge, and the Galaxy Tab S.) It’s also a beta and is limited to the US market. Head on to the source link to find Flow on the Play Store, and if you can manage to grab its APK file, do let us know so we can share it here for our non-US readers! 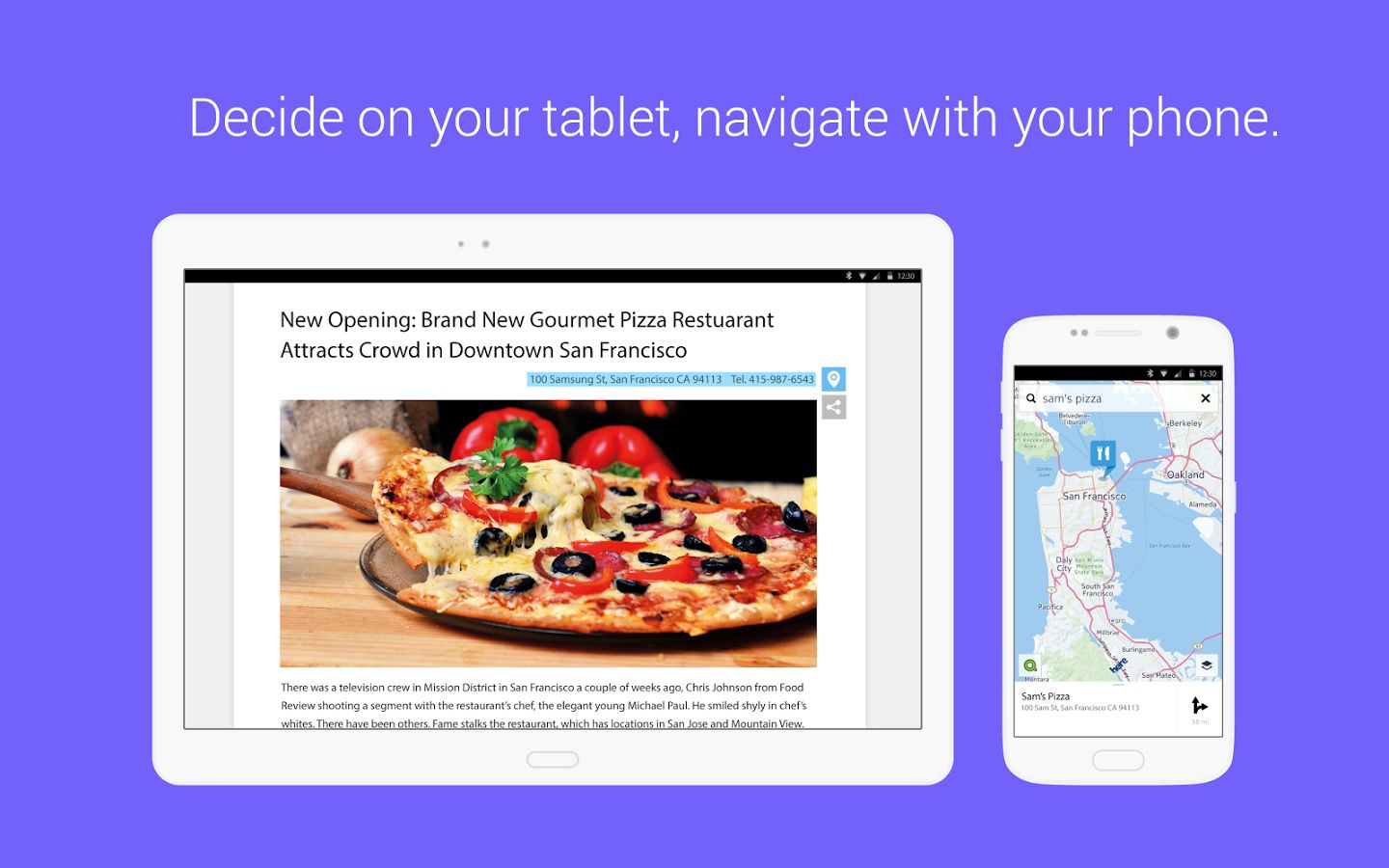 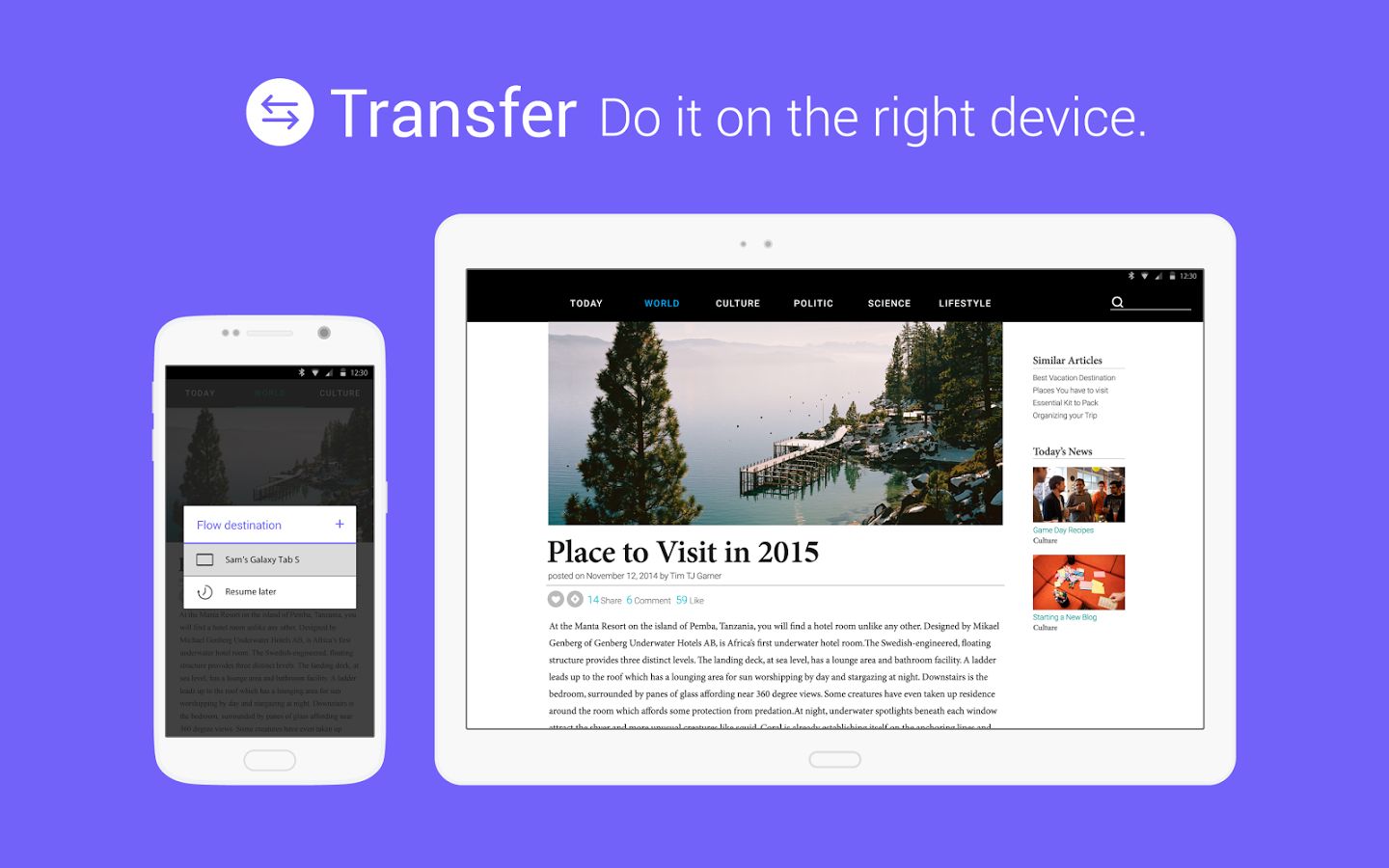