Samsung Gear Live gets torn down by iFixit, has a Wi-Fi chip inside for some reason

That’s right, folks, Samsung’s first Android Wear smartwatch has gone under the knife once again, with the experts over at iFixit the ones to pull it apart this time around. The Gear Live scored a favorable 8 out of 10 points when it comes to repairability – it has an easy to open case despite the water-resistance certification and its battery can be readily accessed and replaced, but the use of adhesive on the screen makes replacing the display a costly affair, an obstacle that is commonly present on mobile devices.

The previous teardown – done by the folks over at AnandTech – revealed that the Gear Live runs off a standard smartphone processor (the Snapdragon 400), but an even more interesting aspect has surfaced in the iFixit teardown. The Gear Live apparently houses a Wi-Fi chip, something it shouldn’t have since the smartwatch isn’t supposed to connect to the internet on its own, but maybe this is a sign that Samsung’s rumored cellular-enabled Gear smartwatch is under development and could make an official appearance soon, possibly with both .

Head over to the source link for the full teardown details. 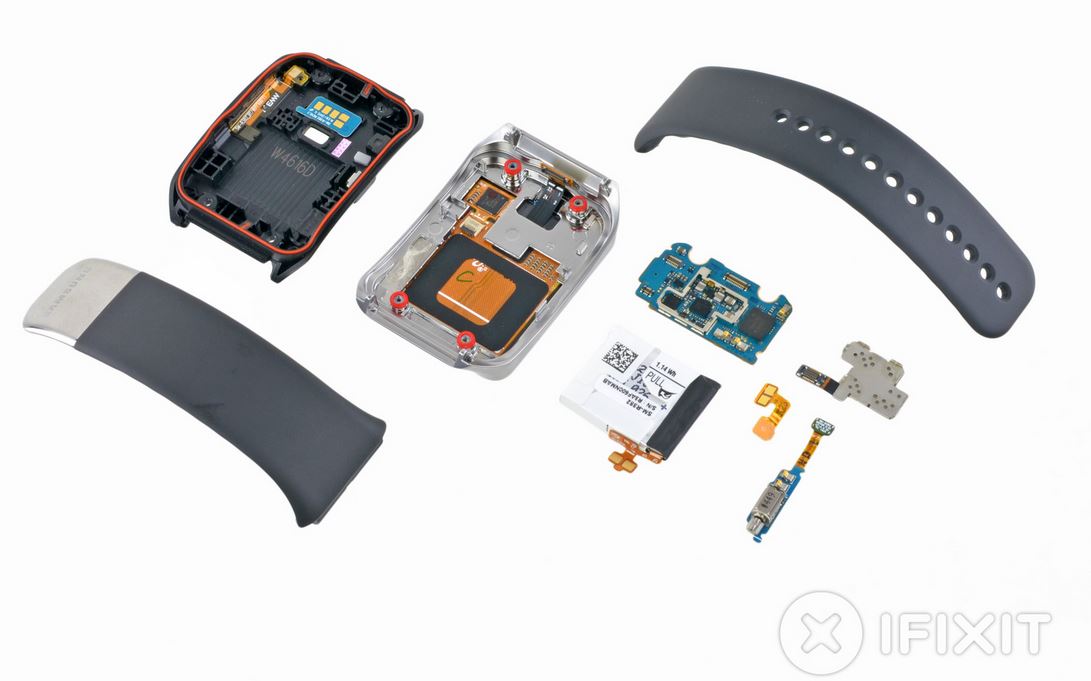