The Galaxy Tab S, Samsung’s upcoming AMOLED tablet that will be officially announced on June 12, has been leaked quite a few times in recent weeks. Today, we’ve gotten hold of a few retail images of the Galaxy Tab S 10.5, which show off the device in detail and confirm some of its features. Like the Galaxy Tab S 8.4, the Galaxy Tab S 10.5 will be extremely thin at 6.6mm, though it’s not as light with a weight of 465g (the Tab S 8.4 is said to be only 287g.) The back of the device sports the same perforated texture as that on the Galaxy S5, and overall, the tablet looks quite stunning, especially with that copper gold-like coloring on the sides. 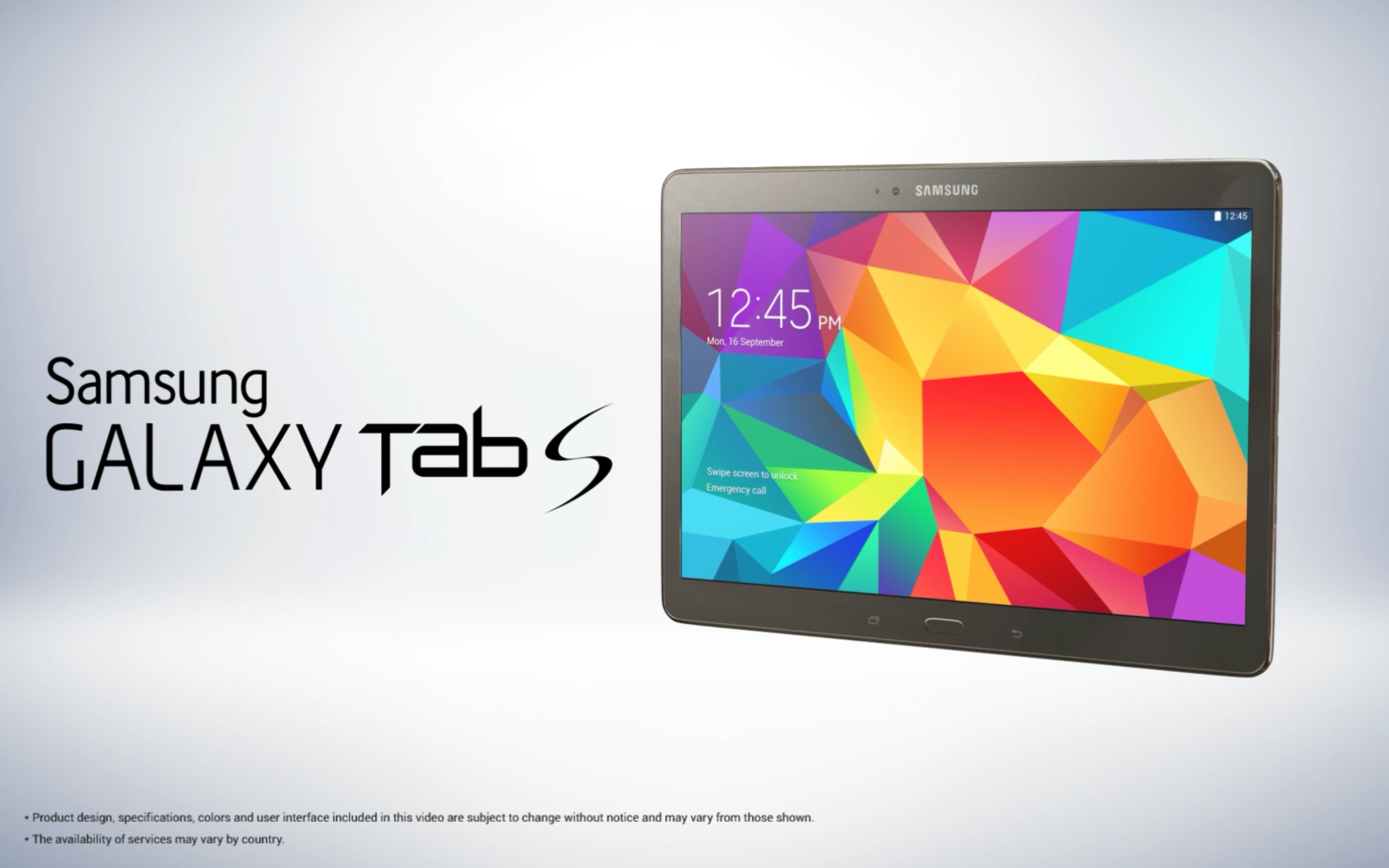 We already know that the Galaxy Tab S will come with features like Ultra Power Saving Mode, Download Booster, and a fingerprint scanner (with functions similar to the Galaxy S5, including PayPal payments and device unlocking), and the retail images reveal that the Tab S will also have features like Remote PC, which we’ve seen on existing tablets like the Galaxy NotePRO. We also get to see a new feature that should come in handy for those who use both a Samsung phone and the Galaxy Tab S – the Tab S will sync with the phone and let you take incoming calls directly from the tablet, overlaying a small window on whatever app you are running whenever a call comes in.

The Galaxy Tab S tablets will sport 2560×1600 resolution displays, an octa-core Exynos 5420 processor with Mali-T628 graphics, 3GB of RAM, 8-megapixel rear and 2.1-megapixel front-facing cameras, 32GB of internal storage expandable via a microSD slot, and Android 4.4.2 KitKat, with Samsung’s new Magazine UX that debuted with the Galaxy TabPRO and Galaxy NotePRO tablets earlier this year. The tablets should be available for purchase by the end of June, with pre-orders beginning soon after the official announcement.