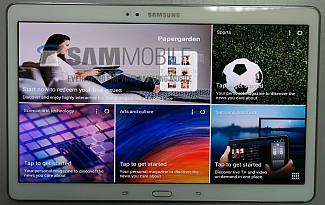 We recently published exclusive info on Samsung’s upcoming tablet with an AMOLED display, the Galaxy Tab S. The Galaxy Tab S will come in 8.4-inch and 10.5-inch variants and will be Samsung’s return to OLED tablets after the Galaxy Tab 7.7 back in 2011, and today, we have the first live photos of the 10.5-inch variant. As you can see, the tablet looks pretty similar to the Galaxy TabPRO/NotePRO 10.1 tablet Samsung launched earlier this year, but the display itself is an OLED unit instead of LCD. The pictures don’t exactly show the vivid colors and contrast we expect from AMOLED displays, though that shouldn’t be the case in actual usage. 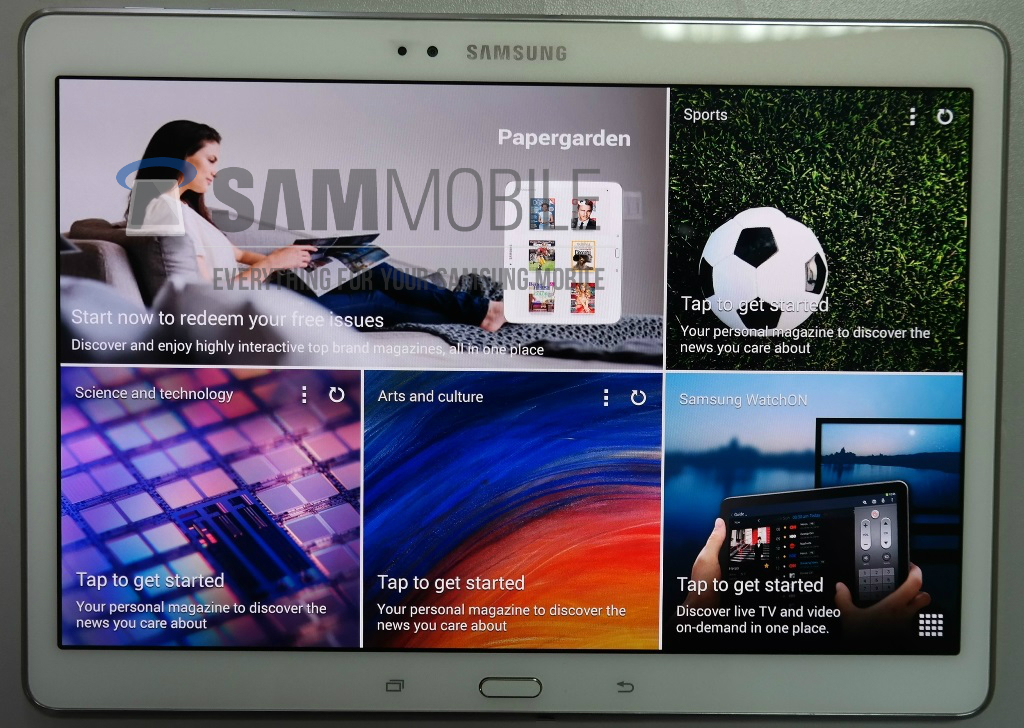 The hard home button in the middle doesn’t look anything special, but as we had revealed, it will have an integrated fingerprint sensor that will work the same way as it does on the Galaxy S5, with features such as quick multi-user login, screen unlocking, PayPal payments, and more. On the back, the faux leather texture has been replaced by the perforated material, once again taken from the Galaxy S5, which should make handling the large tablet a bit easier than other similar-sized tablets, including Samsung’s own Galaxy TabPRO lineup. Also, see those two dots? According to our source, those are proprietary connectors for Samsung’s book cover, something we’ve never seen on existing tablets and suggest some advanced functionality. 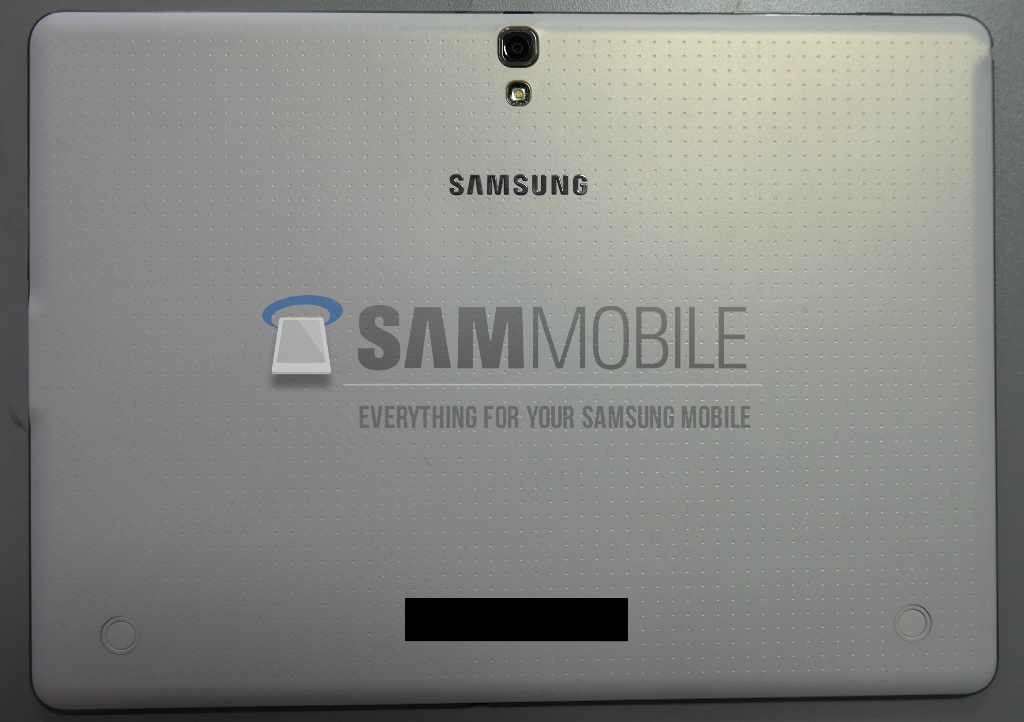 The specs of the Galaxy Tab S include 2560×1600 displays, an octa-core Exynos 5420 CPU with four 1.9GHz Cortex-A15 cores and four 1.3GHz Cortex-A7 cores, 8-megapixel rear camera, 2.1-megapixel front-facing camera, Wi-Fi a/b/g/n/ac, Bluetooth 4.0 LE, GPS/GLONASS, and LTE connectivity, an IR blaster, and Android 4.4 KitKat. As can be seen in the pictures, Samsung’s Magazine UX will be making a return, something that wasn’t confirmed the first time we received info on the Galaxy Tab S.

We’re still not sure when Samsung plans to officially announce the Galaxy Tab S, but as usual, we’ll be doing our best to get as much info as possible.