The battle for wearables seems to have really exploded this year. Samsung seems fully committed to this new market and already has put four wearables on the market till date. There has been said and written a lot on their first attempt to create the true smartwatch, with common complaints including a poor design and a battery that wouldn’t last very long. Samsung seems to have listened to all that negativity and quickly created an improved version, namely the Gear 2 and its cheaper counterpart, the Gear 2 Neo. We will have a closer look and see if they really are an improvement compared to the first generation, so read on for our full review. 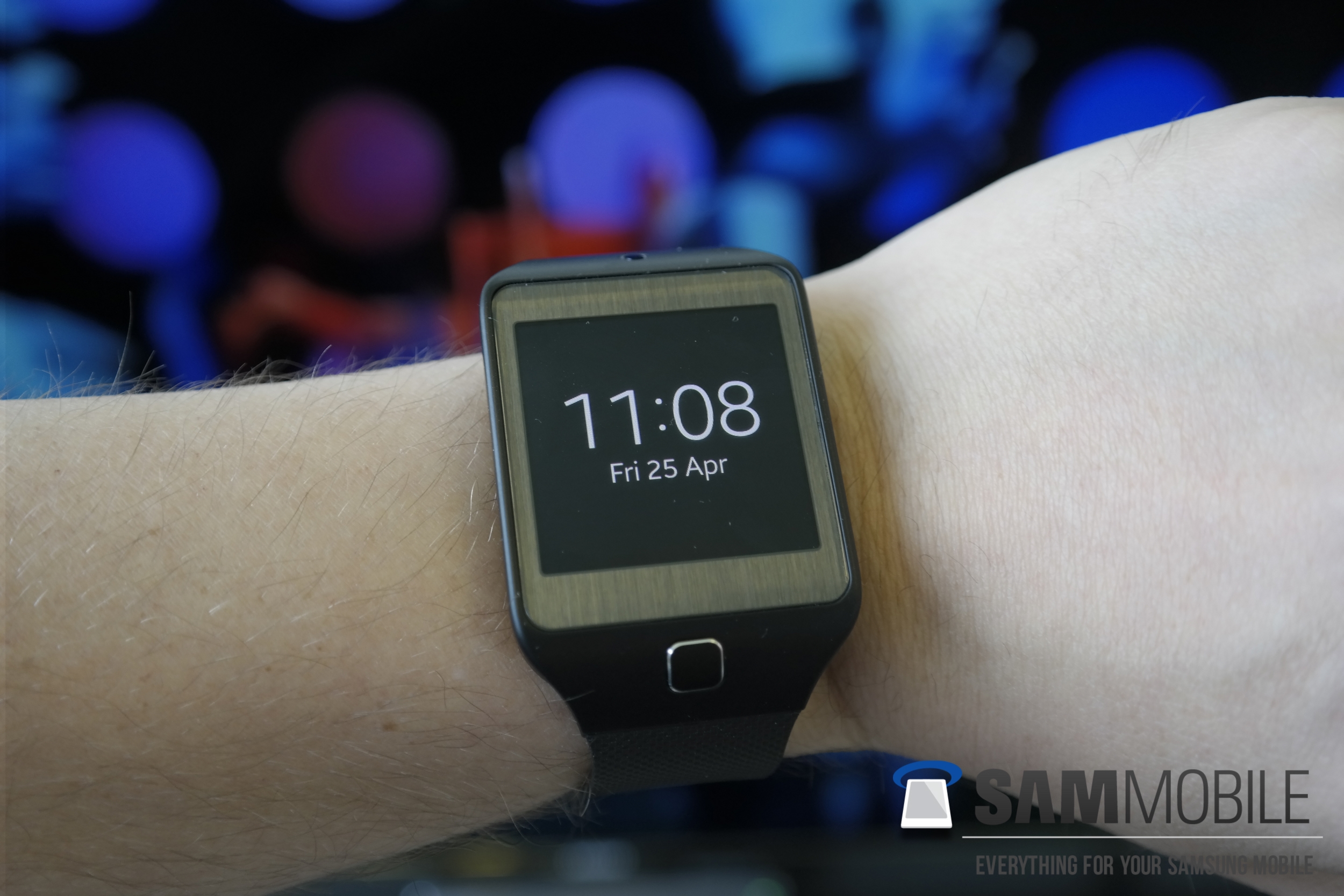 In terms of design, the Gear 2 has received a few nice updates compared to its predecessor. The power button has been replaced by a home button, and all the electronic parts have been moved to the watch itself. For example, the camera is now on the watch itself instead of the strap, and is accompanied by an infrared sensor. The loudspeaker is also on the watch instead of the clasp, which means the clasp is much thinner than before. These are welcome changes that are immediately noticeable, though the downside here is that moving all those parts to the watch has made it a bit bigger than the Galaxy Gear, giving the Gear 2 somewhat bigger bezels. On the flip side, wearing the watch is now much more comfortable, as the strap is free of any electronic parts and is thinner, which allows one to change it for a new one. 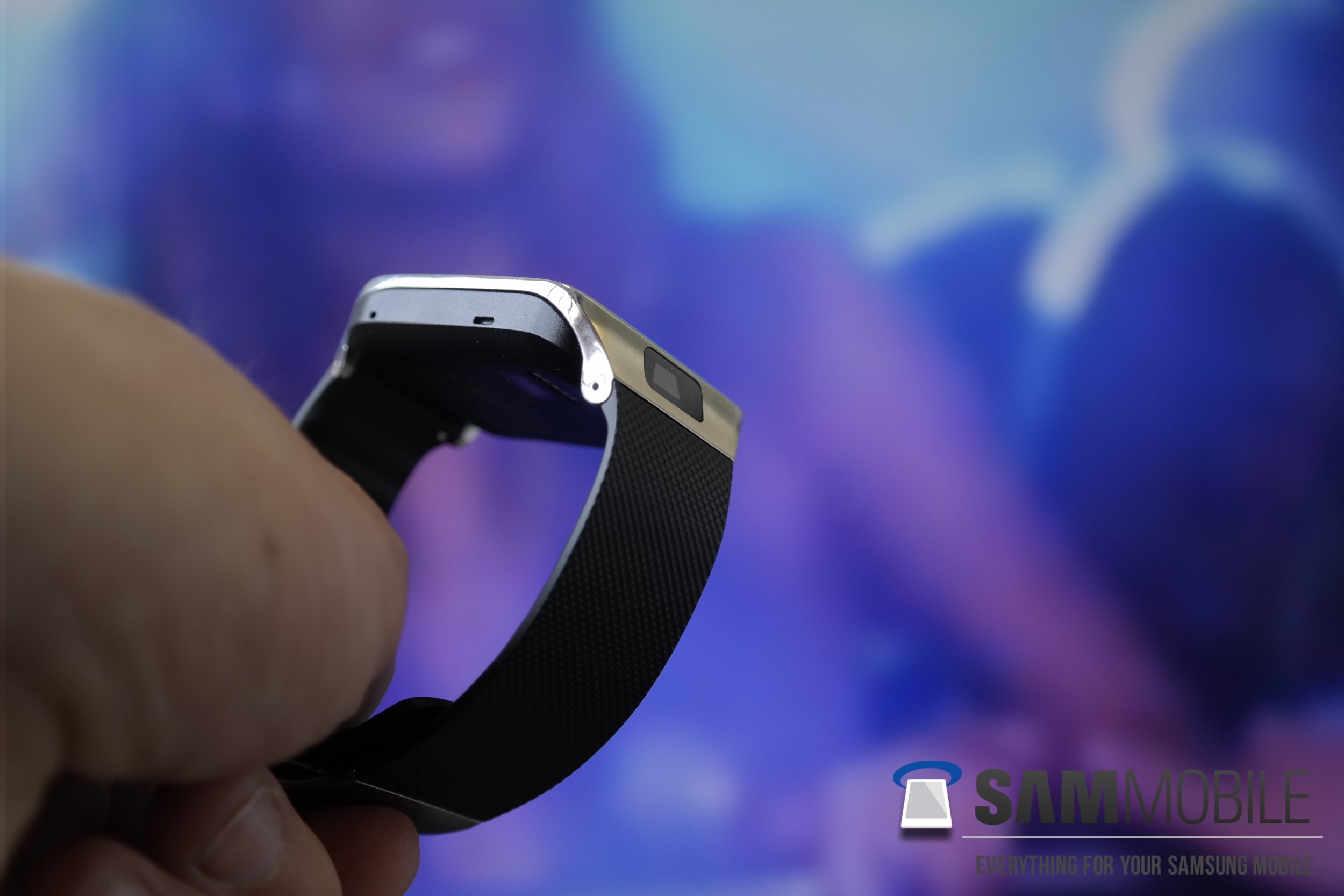 The Gear 2 is still made of brushed metal while the Gear 2 Neo is made of plastic. The Neo has a rubbery feeling to its casing that actually makes it feel rather premium, which I found surprising. Another thing different on the Gear 2 Neo is that it doesn’t have a camera – there’s only an infrared sensor on its casing, though this makes it feel a bit more compact than the Gear 2. Both Gear 2 and Gear 2 Neo sport a heart rate sensor, so these watches are more fitness oriented. As for charging, the easily breakable charging cradle that accompanied the Galaxy Gear has been replaced by a small dock that makes it easier to handle, though it’s quite small and hence might be misplaced easily. Tip: Keep the dock connected to the charger at all times (not to the watch though!)

The Gear 2/ Gear 2 Neo run Tizen, which is Samsung’s own OS and is based on HTML5. It feels very fast and fluid, and you’ll be able to fly through its menus with ease, thanks to the 1GHz dual-core Exynos 3250 processor ticking away inside.

Samsung implementation of a smart watch is something that leaves room for discussion. I personally find it very useful. When you first want to use the smartwatch you’ll need to download the Gear manager from Samsung’s own app store. This app provides the connectivity between the watch and the phone through Bluetooth or NFC. 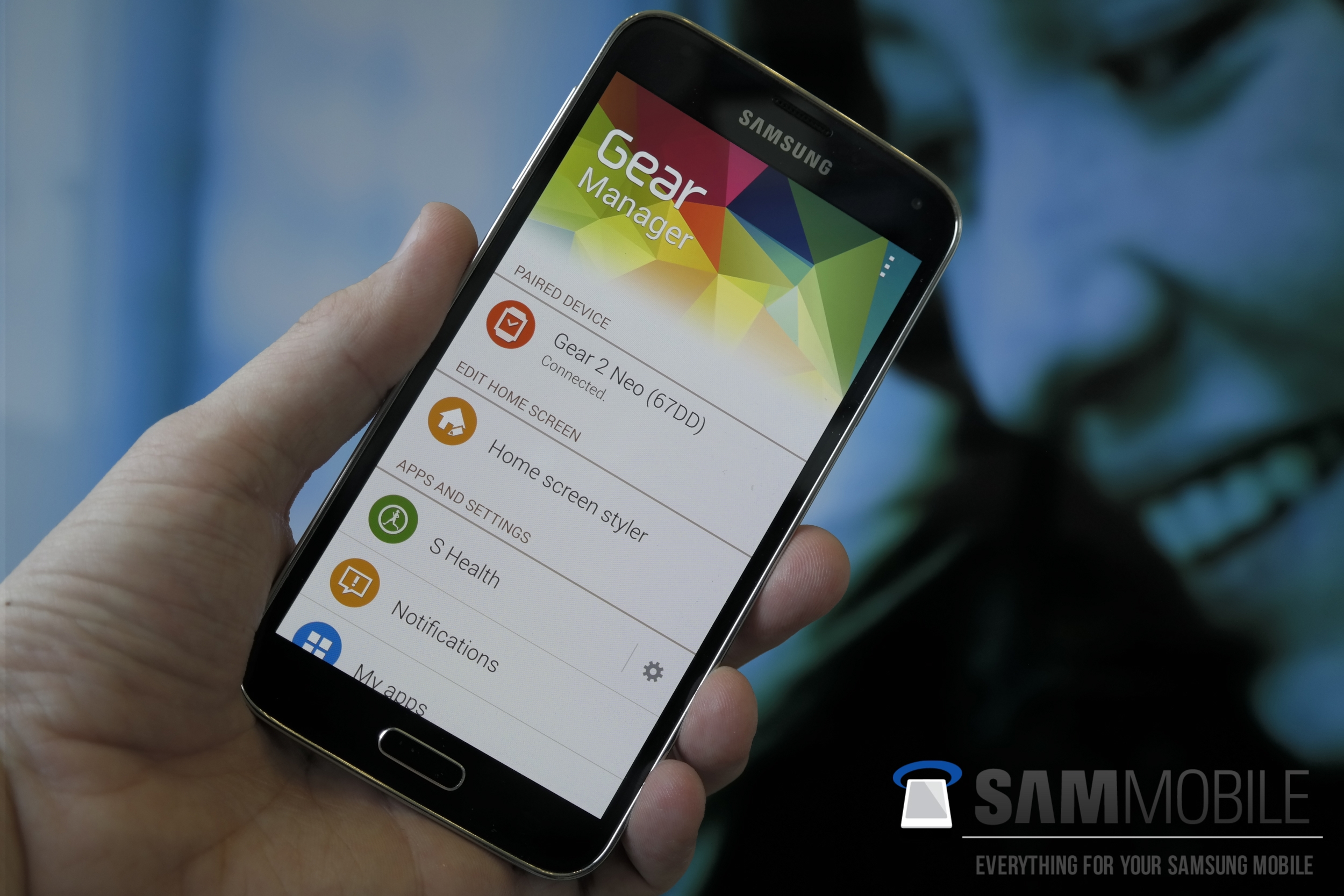 This Gear Manager also allows you to set various settings of the smartwatch. It lets you set different clocks and backgrounds, and it has a Samsung Apps store designed specially for the watch, where you can download all kinds of apps and watch faces (which are insanely expensive by the way, as high as €1.10.)

The notifications – a major part of a smartwatch – are great and are very detailed as long you have the function “Preview message” selected in in the Gear Manager settings. When you have read a notification on the watch it will disappear from your phone’s notification panel. Its interface is exactly the same as from the Galaxy Gear. The only thing I find irritating is that when you’ve selected big icons for notifications, you can swipe through these forever if there are too many notifications, though you can press and hold the icons and delete them with one swipe.

Unlike the Galaxy Gear, the Gear 2 series has a standalone music player as well – you need to push songs from your phone to your watch, which you can then connect to a Bluetooth headset. This a very nice feature and, for example, will allow you to leave your phone in the locker when you’re at the gym, with everything being controlled from the watch itself.

The Gear 2 and Gear 2 Neo are health-oriented, thanks to the heart rate monitor on their backs. The accuracy is questionable as the heart rate sensor doesn’t seem to work properly when you’re wearing the watch in a normal manner. There’s also a sleep monitor included to monitor your sleep patterns, though this requires you to go to sleep with the smartwatch on your wrist, something many won’t be willing to do.

The camera is the same one used in the first-gen Galaxy Gear, which performed very well. Its a 1.9-megapixel camera, and that camera takes excellent photos despite its low megapixel count. The maximum resolution is 1392×1392, with an option to take 1280×960 photos as well. Also included is an auto or macro focus, with an extra addition: Samsung’s Sound & shot, which adds audio to an otherwise still photo. The video recording resolution is 1280×720 ( HD ) or 640×640. When you have taken a photo or a short video it will be directly uploaded to your phone so that you can see it on your phone directly.

The way I use the Gear 2 can be considered anywhere between moderate and heavy use, in which case the battery life is on par with the first-gen Gear. However, standby battery life has significantly improved, with the Gear 2 lasting anywhere from 5 to 6 days instead of only 2 to 3 days on the Galaxy Gear.

While Samsung seems committed to the wearables market, there’s no telling if the company will succeed with Tizen. Samsung claims that it is much easier to create apps for it, and that every web designer could develop for the Gear 2, but until now the number of apps in the Apps Store is rather paltry. It was one of my biggest peeves about the Galaxy Gear – Samsung promised a lot of apps but did not deliver, so I’m hoping the scenario will be much different on the Gear 2.

As for the aesthetics, they made a big step in the right direction, but they are not quite there. The interchangeable straps are a nice addition and a very welcome one, and this is something you can say about the standalone mp3 player as well. You can’t notice that the watch is running Tizen and not Android, which doesn’t matter as the interface is familiar and works very well.

For a second generation smartwatch, the Gear 2 is a very welcome update. The Gear 2 costs $299 and the Gear 2 Neo costs $199, though whether the watches are worth these price tags is something that is entirely up to you. We would be more willing to buy one if they were priced at around $50 less, but with many other smartwatches around the corner, it’s currently a tough decision to make.

Developer gets Android Wear running on the Samsung Gear 2

Samsung might have launched a smartwatch, the Gear Live, running Android Wear, but the company has been using …

We are all gearing up for the holidays, and so are Kristen Bell and Dax Shepard. Samsung has released a new vi …