Galaxy NotePRO 12.2 for AT&T approved by FCC, could launch soon

It was revealed in December last year that AT&T would be launching its own version of the Galaxy NotePRO 12.2, one of the two biggest tablets in Samsung’s lineup, with model number SM-P907A. Nothing official ever came of it, but now, it looks like the carrier could be getting closer to a market launch, as the AT&T variant of the Galaxy NotePRO 12.2 has been approved by the FCC. The FCC filing shows AT&T’s logo on the device, and also mentions LTE bands 4 and 17, which are the ones used by the carrier for offering LTE service to its consumers.

Unfortunately, there’s no telling exactly when AT&T will launch the Galaxy NotePRO 12.2, though it shouldn’t too long now that the tablet has been given the go-ahead by the FCC. Specs should remain the same as the international variant, which would include a 12.2-inch 2560×1600 display, 2.3GHz quad-core Snapdragon 800 processor, 3GB of RAM, 32GB of storage and a microSD slot, 8MP and 2MP rear and front-facing cameras, 9500 mAh battery, and Android 4.4 KitKat. Naturally, the S Pen will also be a part of the package. 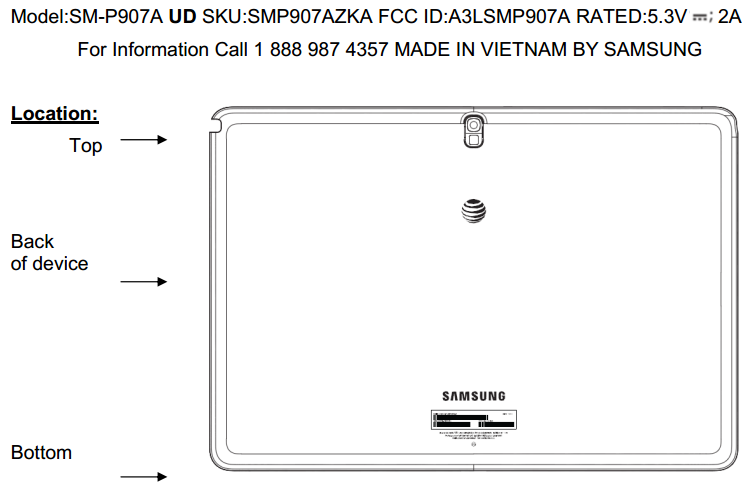 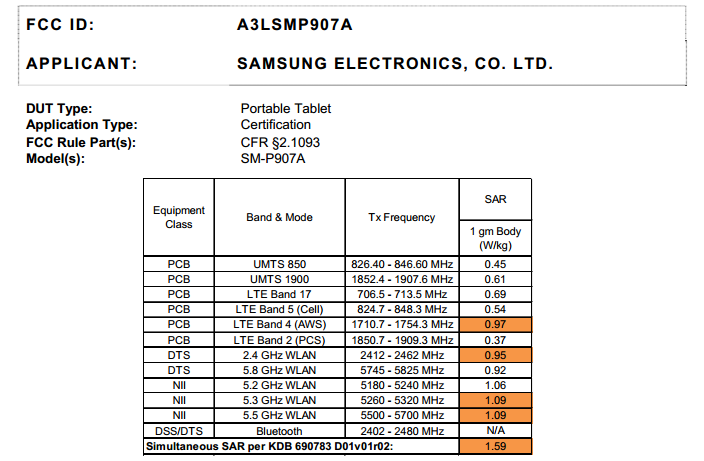