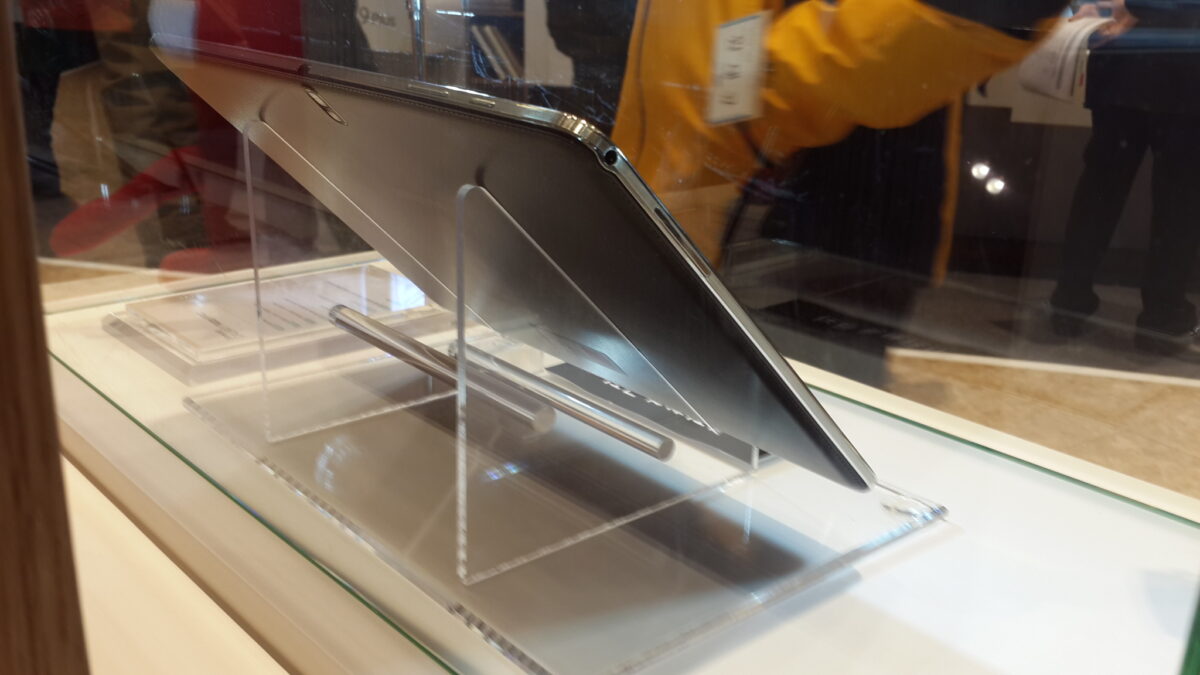 AT&T seems to be testing quite a few new devices that Samsung will be launching in the first half of 2014. The carrier has been reportedly testing the Galaxy S5 since a few weeks, and according to prolific leakster evleaks, the Galaxy Note Pro is confirmed to be heading to AT&T as well, under the model number SM-P907A. AT&T was the first carrier to offer the original Galaxy Note in the U.S., and now it seems it could do the same with Samsung’s 12.2-inch Galaxy Note tablet as well.

As we’ve confirmed before, the Galaxy Note Pro is expected to be launched sometime in week six of 2014, and AT&T and other U.S. carriers will likely offer the LTE-enabled model. Hardware details remain unconfirmed at this point, but the specs will reportedly include a 2,560×1,600 LCD display, 3GB of RAM, Android 4.4 KitKat, and a 9,500 mAh battery. The 12.2-inch slate will be offered in the standard black and white color schemes.