The Galaxy Note series has been a major success ever since the first Galaxy Note was launched, thanks to the big-yet-usable screen and its productivity features. Driven by the popularity of the Galaxy Note, Samsung launched the Galaxy Mega 6.3 and Galaxy Mega 5.8 as options for those looking for a large screen phone at a mid-range price, and it looks like the Mega series, despite the outlandish display sizes, has been a hit, as Samsung is working on bringing out the second generation of Galaxy Mega devices.

Details are scarce at the moment, but we’ve received information that the upcoming Galaxy Mega devices will be powered by Samsung’s Exynos processor, likely a hexa-core model as seen on the Galaxy Note 3 Neo, which would make them a tad more powerful than the original Mega series. It should also run on Android 4.4 KitKat out of the box, though when it comes to the screen size, we’ll have to wait for more info to pop up – there probably won’t be much of a change in this regard, especially on the higher-end model, as it was already bordering on being a tablet at 6.3-inches on the first-generation Galaxy Mega.

For Samsung, the Galaxy Mega series has been something of an experience, with the company pushing screen size in an attempt to see how people embrace it. Hopefully, Samsung learned enough from the Galaxy Mega 5.8 and 6.3 and will put that knowledge to good use in the next generation of Mega (both in name and size) smartphones. 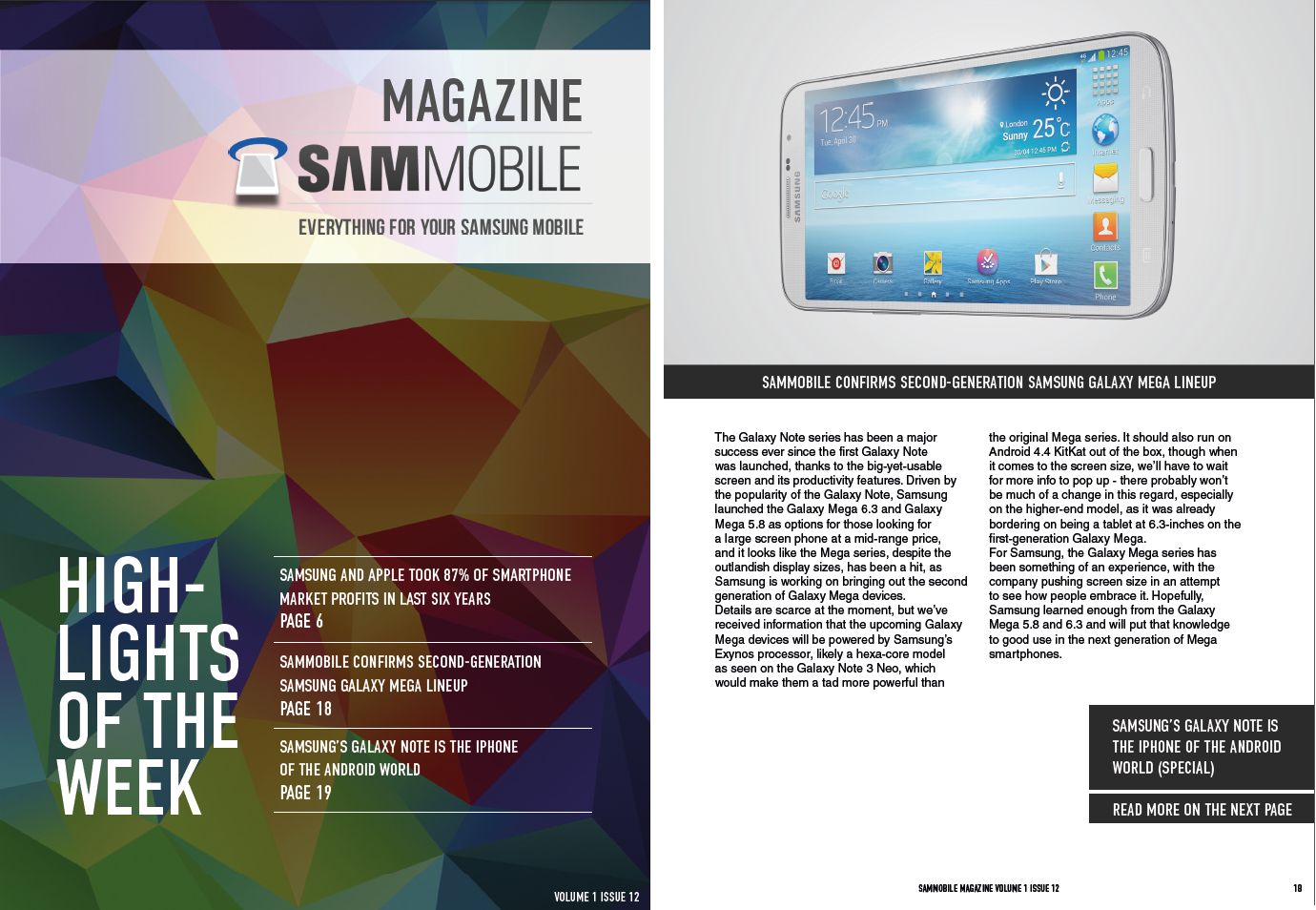 The Galaxy Mega for Sprint is getting a new OTA update but don’t expect it to add a whole lot of new features. This software update bears version number NJ1 and brings support for HD voice calling, international Wi-Fi calling, and some security related fixes from Google. The HD voice calling is appearing for the first […]

Another device in Samsung’s smartphone lineup is getting an update to Android 4.4.4 today. The latest version of Android KitKat is now rolling out to the Galaxy Mega 6.3 on T-Mobile; the update is currently available through our firmware section, though the over-the-air rollout should kick off soon, especially since the 4.4.4 update isn’t too […]

Forget the Galaxy S5 Active; the next variant Samsung may want to consider is a bullet-proof one following this news of a man in Taiwan surviving a gunshot to the chest thanks to his plastic Galaxy Mega 6.3. It seems that this is the result of a miscommunication between two parties regarding a lost wallet; […]

There’s a lot of stuff that happens in the mobile industry, something that is especially true when it comes to giants like Samsung. If you missed out on some (or all) of what happened in the last 24 hours or so, well, here’s a recap of all the big things that went down. After a […]