If you’re among one of many Samsung users in France, waiting for the next big Android update, we have some good news for you. Unfortunately it isn’t the update itself, but instead a list of expected dates for the roll-out of Android KitKat and Android Lollipop updates for some Samsung smartphones on the french carrier, SFR’s network. The list, consolidated by folks at Club SFR, talks about 7 popular phones from Samsung which are in the line for an update. Most notable is the bit about two of Samsung’s flagships – the Galaxy S5 and the Galaxy Note 4, which should receive Lollipop updates in December and January respectively. Previous rumours around the Galaxy Note 4 suggested that it would have Lollipop by year-end, but that doesn’t appear to be happening anymore, at least in France. We have already released some screenshots and videos showcasing Android 5.0 Lollipop running on the Galaxy S5, Galaxy Note 4, Galaxy Note 3, and the Galaxy S4 GPe. 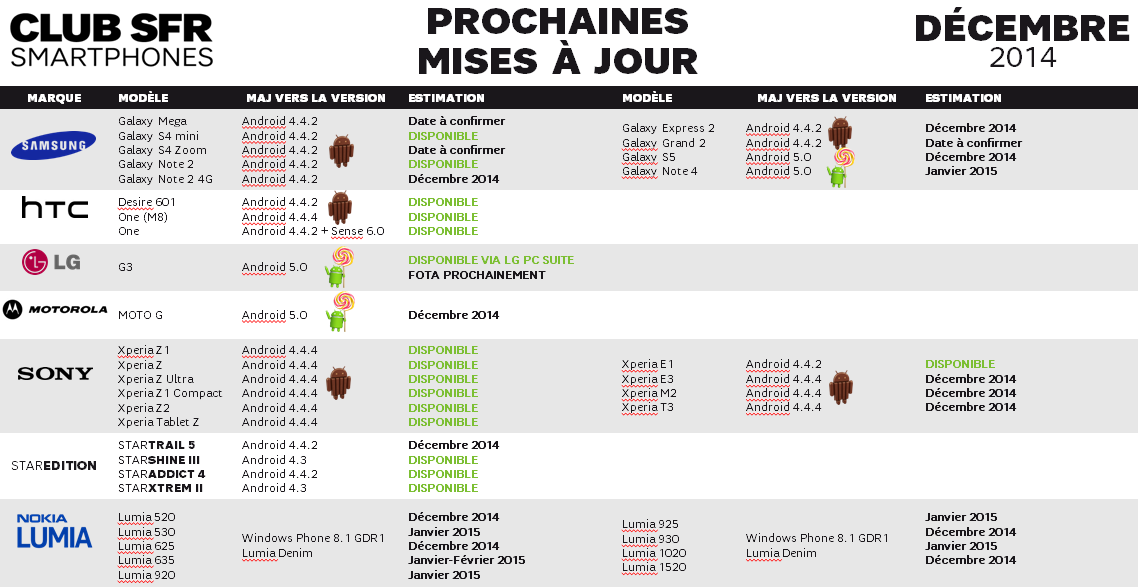