Samsung has decided to join the internet radio market with Milk Music, a streaming music service that’s named the way it is for its “fresh” take on music. It is similar to Apple’s iTunes and other popular services like Pandora and Spotify, but one that doesn’t ruin the experience with ads (at least for now.) Currently available for the Galaxy S III, Galaxy S4 (and variants like the S4 mini), Galaxy Note II and Galaxy Note 3, Milk Music offers unlimited free radio streaming with around 200 pre-loaded stations, while allowing customization such as creating your personal stations from particular tracks, which can be synced with your Samsung account for accessing via all your Samsung devices.

Milk Music doesn’t require any registration or setup for first-time use, and includes features such as pre-caching for instant playback (there’s no offline caching at the moment) and the ability to select tracks from a curated selection “handpicked by music tastemakers and influencers.” Music can’t be bought just yet, but that’s a feature that will come in the future, among others, as Samsung works on making Milk Music a big name in the extremely competitive streaming market. The app itself looks pretty good, with the appealing interface a far cry from the mostly mediocre design seen in other Samsung apps, with things like the radio dial for music selection giving it a look and feel similar to the analog FM radios from the past.

Milk Music is only available in the U.S. at the moment, though it should expand to other regions in the coming months. Compatibility with more phones and tablets should arrive in the future as well (the Galaxy S5 will also be supported once it launches worldwide), but for now, you’ll have to be using one of the aforementioned devices to take advantage of Samsung’s oddly titled music service. Hit the link below to download the Milk Music app from Google Play. 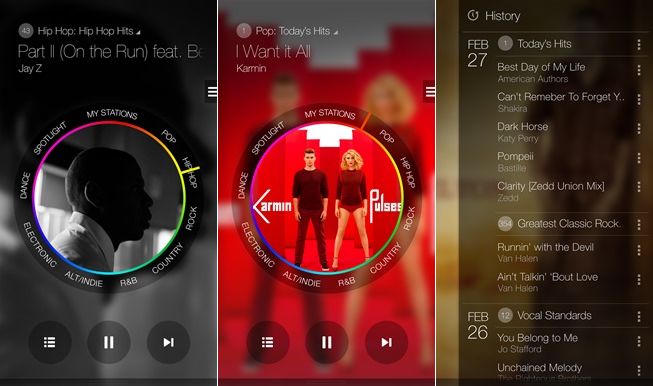 Samsung Milk Music being shut down for good, streaming to be integrate …