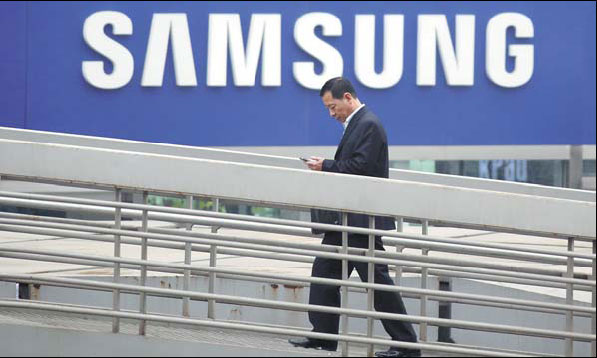 We’ve seen an  overwhelming amount of rumors and speculation on the matter of a fingerprint sensor being present on the Galaxy S5, Samsung’s highly anticipated fifth-generation Galaxy S flagship. We recently heard that the S5 could feature a fingerprint sensor embedded into its display, and giving credence to that rumor is a report from ETNews, which indicates the Korean manufacturer will be using a swipe fingerprint sensor that it has developed in-house.

Swipe fingerprint scanners work by detecting a swipe across the sensor, which is unlike the touch fingerprint sensor adopted by Apple on the iPhone 5s, so putting the scanner beneath the display makes sense as it would offer a larger area on which a user could comfortably swipe their finger than a dedicated button would do. Developing the sensor in-house also makes sense, as it has often been rumored that the fingerprint sensors Samsung was thinking of sourcing from a third-party manufacturer weren’t too advanced, especially when compared to the one Apple is using on its latest iPhone. Furthermore, it would give Samsung control over production and help it ensure there are enough sensor units to go around for the millions of Galaxy S5s it will no doubt sell, though the latter might not be an issue if Samsung intends to keep the fingerprint feature exclusive to the premium metallic version of the device.

Of course, whether the Galaxy S5 really will have a fingerprint sensor is still up for debate. Most signs point to yes, though it would be best to remain skeptical until Samsung officially announces the device or more credible leaks emerge. It’s not exactly the most anticipated feature on anyone’s mind, so it’s not like most would mind if Samsung postpones the debut of a fingerprint sensor to the Galaxy Note 4 or the Galaxy S6.

There have been countless rumors about Samsung working on optical fingerprint recognition technology. It would …