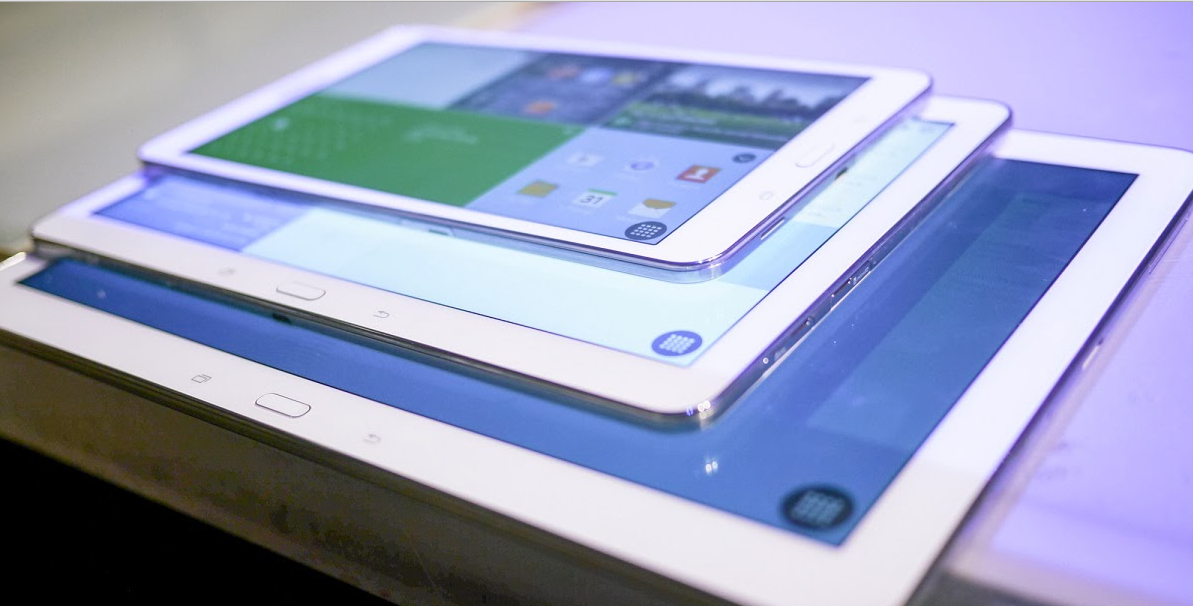 Samsung unveiled a total of four new tablets at the Consumer Electronics Show last month, and has now announced that all four tablets would be available in the U.S. from February 13th. These models are available for pre-order at several online retailers like Walmart, Best Buy, Amazon, Fry’s, Newegg and others.

Currently, all models that will be making their way stateside are Wi-Fi only variants. It is likely that LTE-enabled versions of the tablets will be offered directly by the carriers. The pricing details have also been divulged for these tablets, with the 16 GB 8.4-inch Tab Pro set to cost $400. The 16 GB 10.1-inch Tab Pro will be available for $500, and the 32 GB version of the 12.2-inch Tab Pro will cost $650. The 12.2-inch Galaxy Note Pro will come in 32 GB and 64 GB variants, with the 32 GB version costing $750 and the 64 GB version $850. The tablets will feature the Magazine UX skin that was demoed at the CES and not the redesigned version that is said to debut on Samsung hardware alter this year.

Samsung is also throwing in a lot of freebies with the tablets, and users buying any of these tablets will receive 50 GB Dropbox storage, $25 Google Play credit, six months of Cisco WebEx, twelve months of Bloomberg Businessweek and three months of Hulu Plus.

Samsung announced the Galaxy S6 and S6 edge at MWC 2015 on March 1st but brought them to the world market in April. The Galaxy S6 Active has now arrived at AT&T exclusively, and the Galaxy S6 edge Plus has a name filing and is on the way, along with the Galaxy A8, which will […]

Samsung’s UK website has listed the Wi-Fi only version of the Galaxy Note Pro tablet, with an official launch scheduled for February 4th. Interested customers can pre-order the 12.2-inch tablet by paying £649 ($1,071). While that is an exorbitant sum, Samsung is including a free Gamepad for all customers who pre-order the tablet. The Wi-Fi […]

It was way back in August last year that we first heard rumblings of a 12-inch+ tablet that Samsung was apparently working on. Following numerous leaks and rumors, we were able to confirm that it would be a 12.2-inch tablet part of the Galaxy Note family, called the Galaxy Note PRO. Now, at its CES […]

Update: Pictures of the four tablets have been added. It’s important to note that Samsung might finally have replaced the menu button with the recent apps button, which is great. Just a couple of hours ago, Samsung confirmed the existence of the Galaxy Note PRO and Galaxy Tab PRO tablets, and now evleaks has managed […]