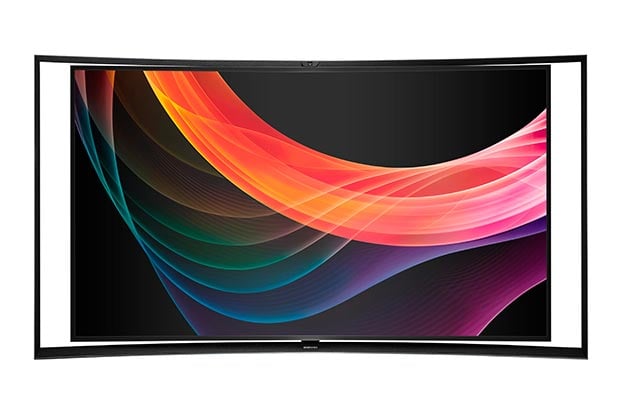 In an interview with USA Today, HS Kim, executive vice president of Visual Display Business, said that the prices of OLED televisions will likely take three to four years to come down to levels that the average consumer can afford. The unfriendly prices are due primarily to difficulties in the OLED manufacturing process. “I’m really, really terribly sorry to say this, but it will take more time. … I believe it will take around three to four years,” said Kim, acknowledging that Samsung couldn’t expand the market as most consumers did not buy its OLED TVs launched in 2013, which started at prices of $9,000.

Kim also spoke on Smart TV interfaces, saying it’s tough to get the interface right as television is a “lean-back” experience that people watch from afar. He also observed that Samsung is unlikely to go into the content business like companies such as Netflix, and also that they will only make an Android TV if it allows for providing the best possible user experience. “From the consumer’s perspective,” he stated, “when they watch TV it doesn’t matter whether it’s a Google or an Android or a Samsung TV.”

Read the full interview at the source link.

Samsung has launched a direct attack on LG’s OLED TVs in a new video posted on its YouTube channel. Though the company went after LG’s TV offerings in the past as well, the latest video seems to be its most no-holds-barred attack so far. The criticism of LG’s OLED TVs is so strong here that […]

Samsung is the largest vendor of televisions in the world, and it has held the top spot for 12 consecutive years now. In spite of the stiff competition from LG in the premium TV segment, Samsung continues to be the market leader globally. It took Samsung years of hard work and many innovations to become […]

Samsung has a near-monopoly over mobile OLED panels in the market, and it is demonstrated well by the fact that Samsung is the sole supplier of OLED displays even for its arch rival’s iPhone X. The situation in the TV market is, however, different. Samsung has stopped making OLED TVs and started selling QLED TVs, while […]

Samsung hasn’t made a new OLED TV for a few years now and the company has consistently maintained that its QLED technology is better than OLED which rivals like LG have been using for their premium TV sets. However, it was reported earlier this week that Samsung Electronics Vice Chairman Jae-yong had ordered a review […]

Samsung maintains its aversion to OLED displays for TVs even though it’s a leader in the AMOLED display market. The company’s mobile devices come with beautiful AMOLED displays but Samsung has long held that this technology isn’t suited to its TV lineup. If a new report is to be believed, the company might be changing […]

If you’re waiting for Samsung to launch an OLED TV, you might have to keep waiting. The company has said that it doesn’t think that OLED displays are suitable for TVs. That’s not something that its rival LG agrees with as it continues to churn out great OLED TVs. Samsung launched its QLED TVs earlier […]