Galaxy Grand 2 launching in India in first week of January

Samsung recently made the Galaxy Grand 2 official, and now the company has unveiled the device in one of the original Galaxy Grand’s most important market at a dedicated launch event. The second-generation Grand will be launching in India in the first week of January – a price tag hasn’t been mentioned, but according to BGR, it should be priced somewhere between Rs. 22,900 (~ $370) and Rs. 24,900 (~ $400). That’s not exactly the most sensible price in a market like India, where local players offer much better hardware at lower prices (not to mention the Galaxy S3 can be had for around the same price), but Samsung’s brand and marketing power should ensure the Grand 2 is every bit a success as the original Grand.

When it comes to specs, the Galaxy Grand 2 sports numerous upgrades over its predecessor, mainly in the screen, CPU, and software department. There’s a 5.25-inch screen with 720p resolution, 1.2GHz quad-core processor, 1.5GB of RAM, 8-megapixel rear camera with 1080p video recording, 2-megapixel front-facing camera, 8GB of internal storage expandable via microSD cards (up to 64GB), and a 2,600 mAh battery. It runs on Android 4.3 out of the box, which technically makes it compatible with the Galaxy Gear, though it remains to be seen if Samsung will officially offer Galaxy Gear support considering the device’s mid-range nature. 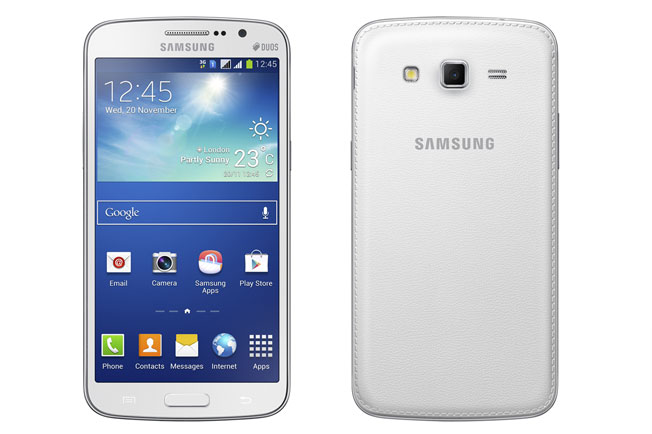