It has often been rumored that Samsung will be finally opting for metal instead of using cheap-feeling plastic, which has consistently given its flagships a not-so-flagship feel, for the Galaxy S5, with Samsung reportedly looking towards suppliers for providing metallic cases for the device. Now, it’s time to grab that pinch of salt (a few pinches would be more ideal), and take a look at what are supposedly pictures of the metallic frame of the Galaxy S5, or at least one of the Korean manufacturer’s upcoming phones.

The pictures were obtained by Nowhereelse.fr from someone who apparently works for a subcontractor that Samsung has chosen to produce the metallic frames, but again, there’s no guarantee these even belong to a Samsung device, especially this early on during the S5’s development (unless a previous rumor about Samsung launching the S5 in February turns out to be true). There are also a few discrepancies in the metal frame: the camera slot is on the side instead of in the center, the headphone jack is on the bottom, and the space for the USB port doesn’t seem wide enough for a USB 3.0 port (and we’re sure you guys will point out a few more as well).

Again, at this point, these pictures shouldn’t be taken at all seriously, but we certainly give you the permission to use them to keep your dream alive of a Samsung flagship that is made of metal and actually makes you feel like you bought a $600-700 phone. 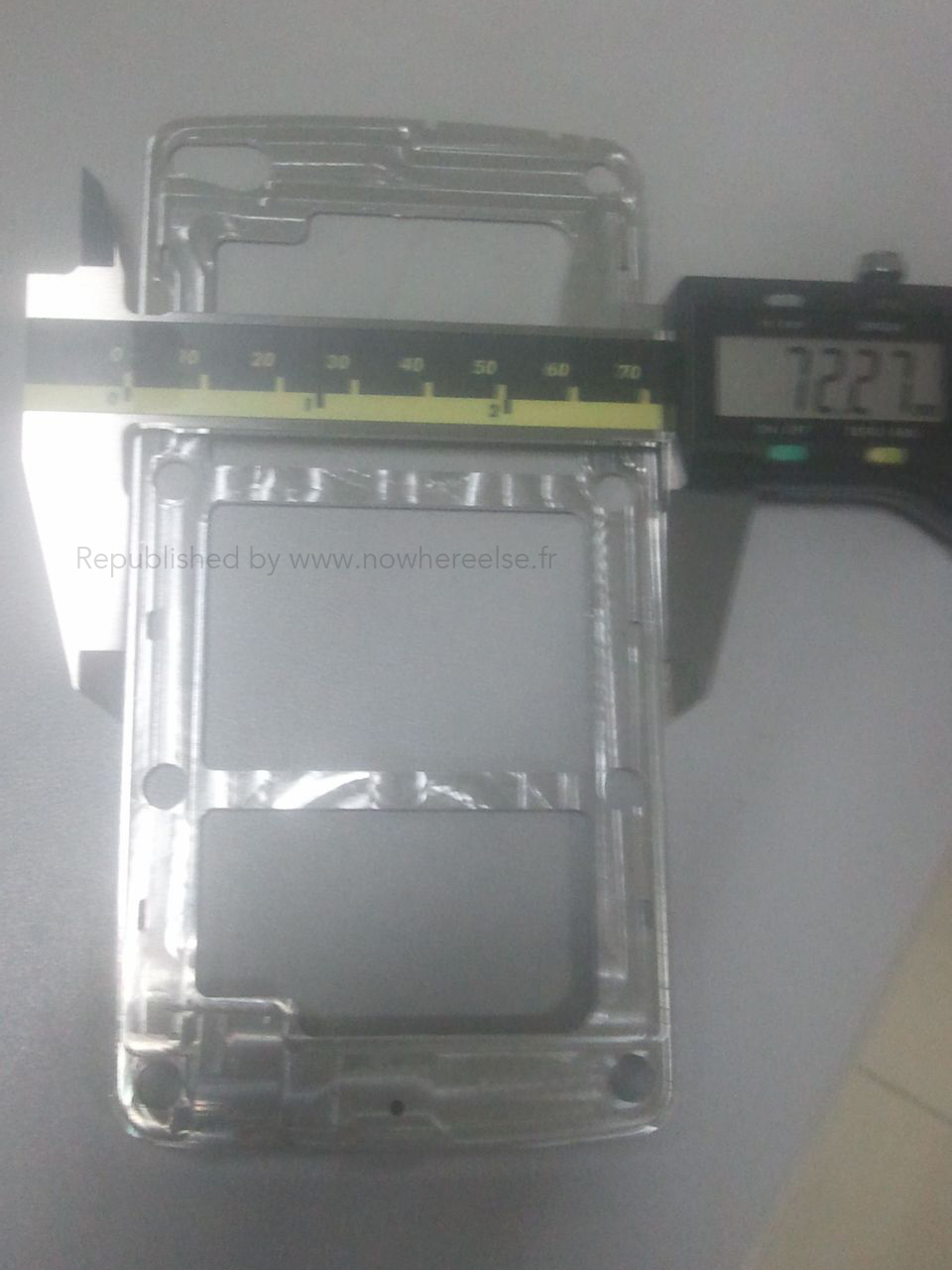 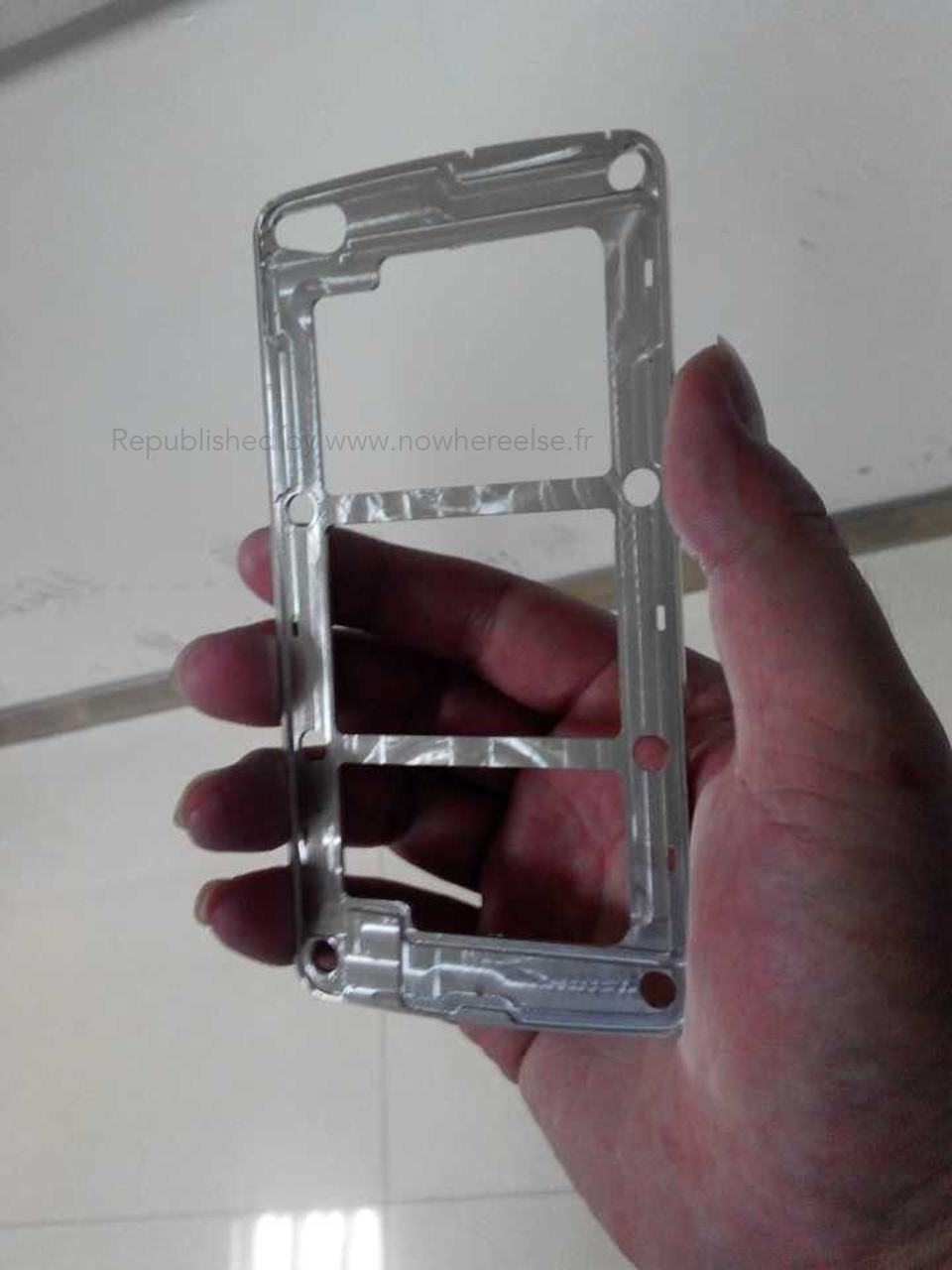 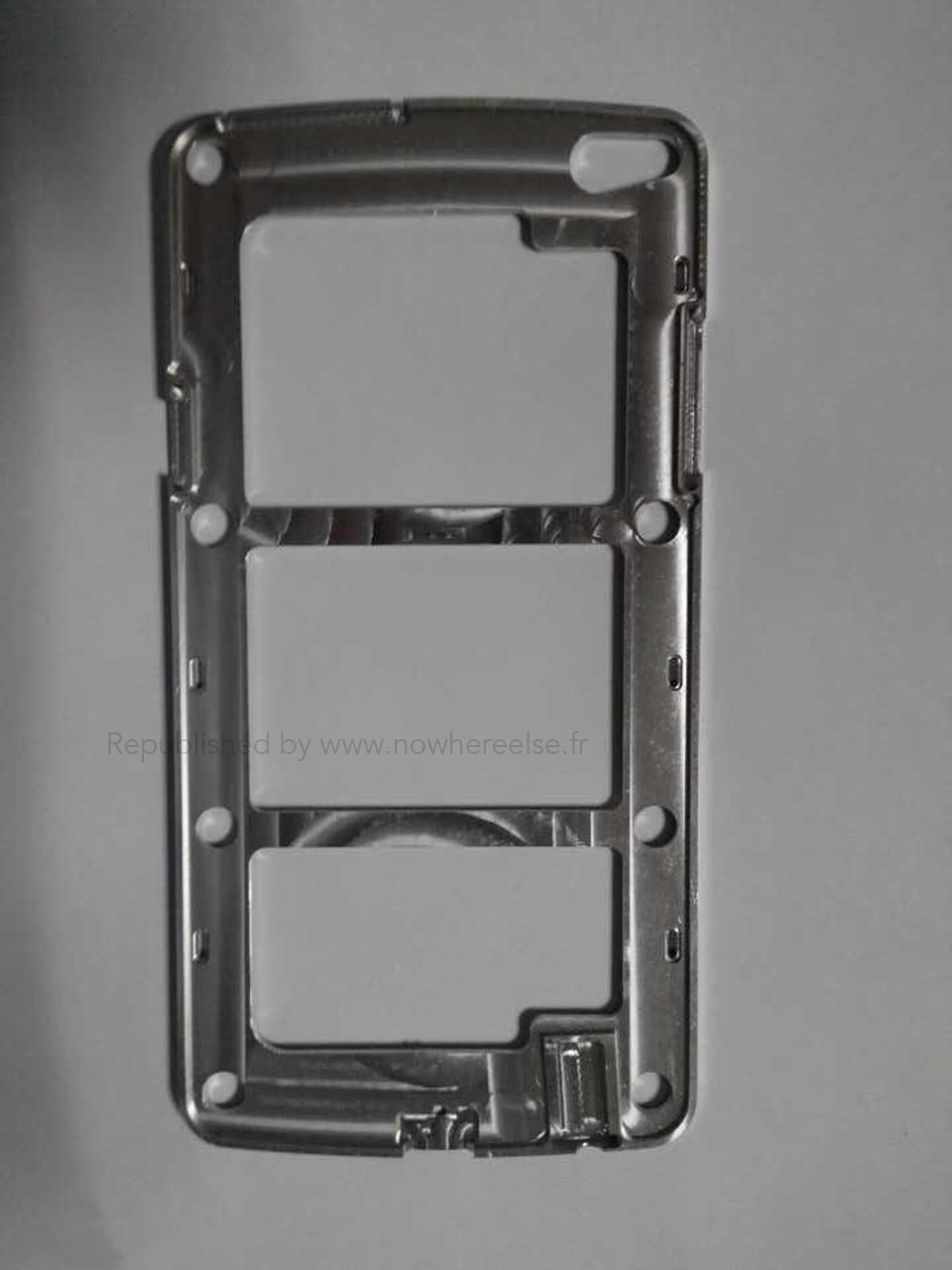 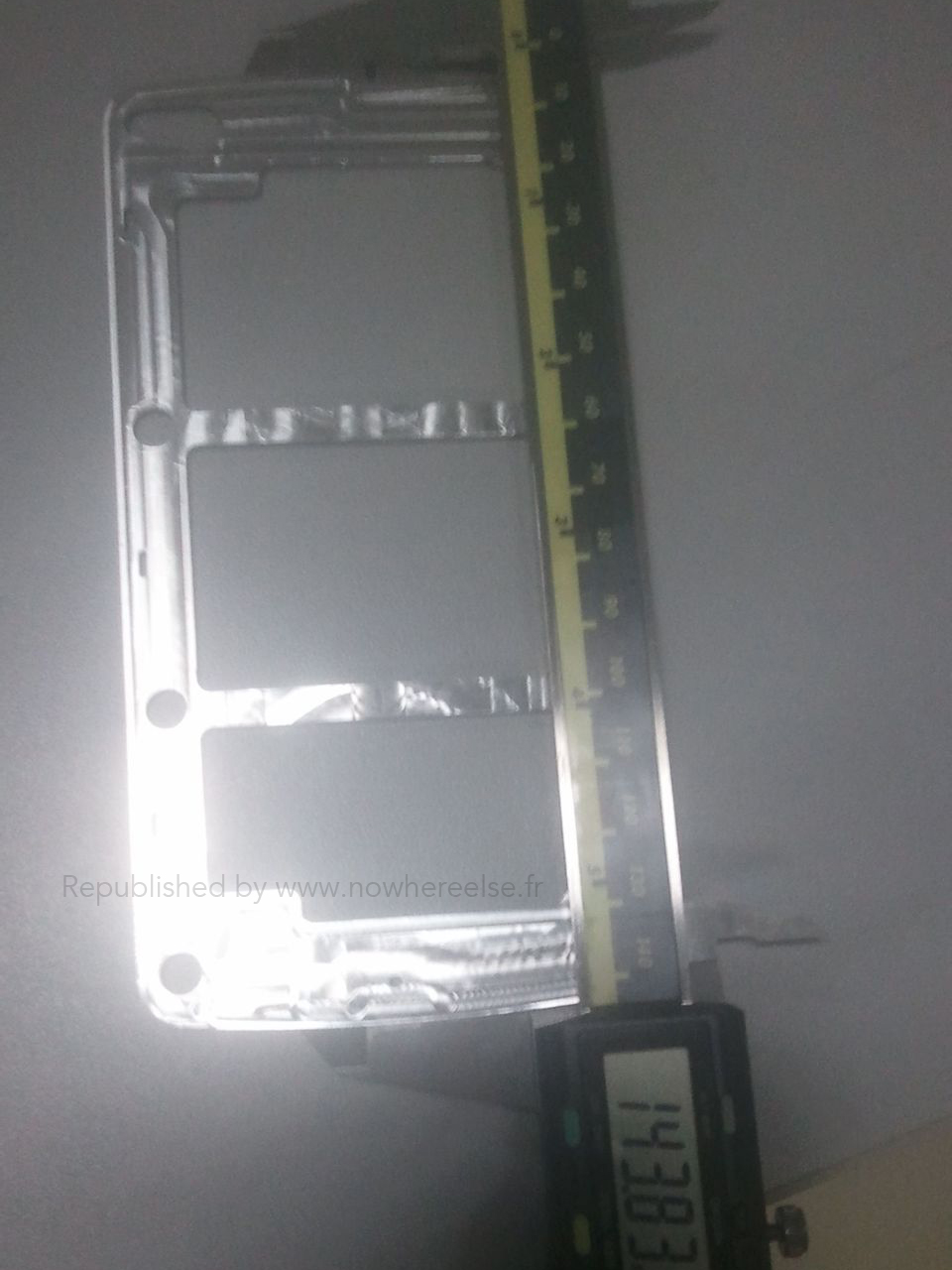