Back in October, when the rumor mill was only just kicking off its endeavor to offer us speculation on the Galaxy S5, a rumor cropped up suggesting that Samsung’s next flagship might feature eye-scanning technology instead of a fingerprint sensor. At the time, we didn’t give much thought to this rumor, but a patent application discovered by folks over at Patent Bolt suggests that early rumor might just turn into reality when the S5.

Samsung’s eye scanner will use the technique of iris scanning. Standard iris scanning techniques offer advantages such as quicker detection than retina or fingerprint scanners but are rather costly, so Samsung will be using its own implementation to reduce costs. The patent figures show a smartphone with the necessary apparatus inside, (camera, a proximity sensor, and light emitting, light receiving and power supply units) – the proximity sensor will sense when an object has approached the camera, and an iris sensing unit will then scan the iris and match it with the iris info of a user that’s stored on the device.

It’s all a bit technical, with more details available at the via link, but for now, it seems that even if Samsung’s eye-scanning tech isn’t ready in time for the Galaxy S5, it will certainly make an appearance on one of Samsung future flagships – maybe on the Galaxy Note 4 or the rumored Galaxy F series of super premium smartphones? 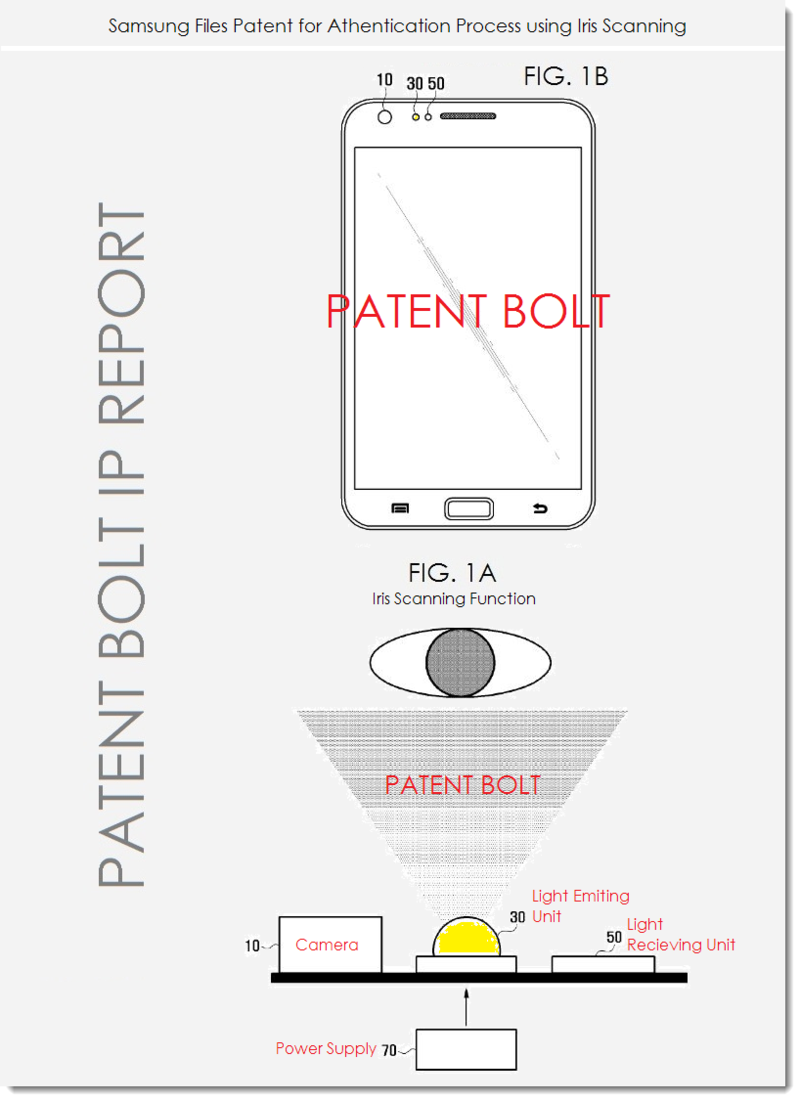