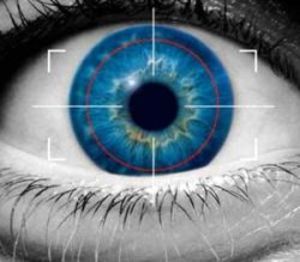 Well, it seems the land of rumors and speculation has a thing for the Galaxy S5 at the moment, as a fresh new rumor has landed regarding Samsung’s inevitable flagship – according to AndroidSaS, the Galaxy S5 will feature an eye sensor, which would take security one step further than fingerprint scanners by scanning your eyes for performing actions such as unlocking the device. Talk about wanting to one-up your competitors with a single gigantic leap.

The rumor has no credible source, so look at it with a very suspicious eye (see what I did there?). It sounds too fantastical, though if Samsung were to implement eye-scanning tech in the Galaxy S5, at least it would be safer than fingerprint technology – after all, people are less likely to cut out your eye than your finger to gain access to your phone, right?