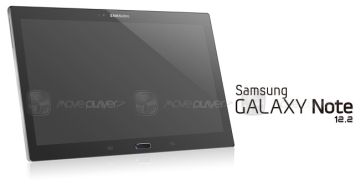 A leaked render is all we’ve seen of Samsung’s oft-rumored 12.2 inch tablet, but it’s been talked about in multiple reports in the last few months. Now, the latest report from DigiTimes is once again mentioning the very same tablet, revealing a few new details. Apparently, Samsung was initially looking to launch the tablet as a Nexus tablet in collaboration with Google, but scrapped those plans as Google is currently focusing on the 7-inch form factor.

The tablet is reportedly being developed in-house, and is expected to be a part of the Note family, meaning it should come with an S Pen, which would make sense as a stylus would be quite useful on a 12.2-inch device. Back in mid-September, we saw what is supposedly this 12.2-inch tablet pass through Bluetooth certification, hinting that a release or official announcement could be close, but there’s still not enough info to speculate on when we can expect to see it being actually launched in the market.

We have just got confirmation on Samsung’s upcoming GALAXY Note Pro 12.2 tablet’s specifications and Antutu benchmark details. We have also received information that Samsung is changing its usual tablet UI to something more unique. For now, we don’t know what it will exactly look like but we will let you guys know as soon […]

Well, the Galaxy Note 12.2, the large tablet that Samsung is hoping will take the tablet market by storm next year, just can’t seem to keep its existence a secret. After its LTE-enabled variant made a pit stop at the FCC, the standard non-LTE variant has done the same, giving us a nice little look […]

Samsung to focus on tablets and low-end devices in 2014, not on Galaxy S5 and other premium models?

According to a new report, Samsung expects to sell only 360 million smartphones next year. Wait, “only” 360 million, isn’t that a lot? Well, yes, it is, but for Samsung, a company that has seen immense growth in sales in recent years, with the Galaxy S4 becoming its most successful device this year, that’s the smallest […]

Samsung’s 12.2-inch tablet could go into production by the end of 2013, according to a new report published by DigiTimes. The report specifically talks about the tablet’s screen, saying that Samsung has adopted a film-based capacitive touch solution provided by China-based Shenzhen O-film Tech, and that the company hopes its global brand recognition and marketing […]

Samsung’s often-rumored-but-not-that-anticipated 12.2-inch tablet seems to be inching closer and closer to launch – just a few days after the Wi-Fi model was certified by the Bluetooth SIG, an LTE model, SM-P905V has been given certification as well. The V at the end of the model number makes it more than likely that this is […]

The recent announcement of the Galaxy Note 10.1 2014 Edition may have taken everyone’s minds off the rumored 12.2-inch Samsung tablet, but it looks like the Korean manufacturer isn’t letting down on getting the supersized tablet ready as soon as possible. A Samsung device with model number SM-P901 has recently passed Bluetooth certification, and previous rumors […]