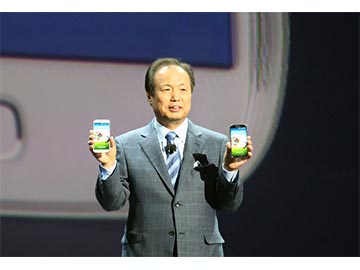 Samsung has sold over 20 million Galaxy S4 units (supply basis) in a span of two months. The figure was apparently confirmed by JK Shin to Korean reporters and will help refute the speculation about lower-than-expected sales of Galaxy S4.

The phone went on sale in late April and reached the milestone by end of June. In comparison, Galaxy S III took 100 days to reach the same 20 million mark.