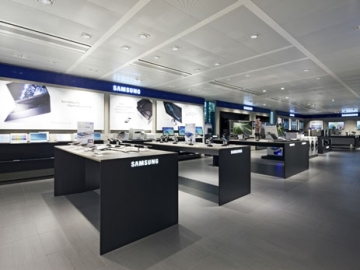 Hit back to the accessories of the Galaxy S4 is Samsung’s GamePad.
According to Samsung, the GamePad could handle devices till a size of 6.3”.

The Galaxy Mega for Sprint is getting a new OTA update but don’t expect it to add a whole lot of new features. This software update bears version number NJ1 and brings support for HD voice calling, international Wi-Fi calling, and some security related fixes from Google. The HD voice calling is appearing for the first […]

Another device in Samsung’s smartphone lineup is getting an update to Android 4.4.4 today. The latest version of Android KitKat is now rolling out to the Galaxy Mega 6.3 on T-Mobile; the update is currently available through our firmware section, though the over-the-air rollout should kick off soon, especially since the 4.4.4 update isn’t too […]

Forget the Galaxy S5 Active; the next variant Samsung may want to consider is a bullet-proof one following this news of a man in Taiwan surviving a gunshot to the chest thanks to his plastic Galaxy Mega 6.3. It seems that this is the result of a miscommunication between two parties regarding a lost wallet; […]

There’s a lot of stuff that happens in the mobile industry, something that is especially true when it comes to giants like Samsung. If you missed out on some (or all) of what happened in the last 24 hours or so, well, here’s a recap of all the big things that went down. After a […]