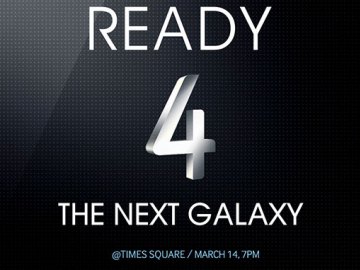 We will soon know all about the device as Samsung is going to officially announce the Galaxy S IV on 14th of March in New York, USA.

UPDATE: We have just found out that these images are actually from the Android 4.2.1 leaked firmware for Galaxy S III and we were given the wrong information by the tipper. Though, The Galaxy S IV will indeed have these features as confirmed by our insider.

Both the Galaxy Note III and the Galaxy Gear smartwatch are all but confirmed to be ready for an official unveiling on September 4th, and today we’ve received the shipping dates for both devices in our mailbox – the third-generation Note will start shipping in the same month it is announced, while the smartwatch will […]