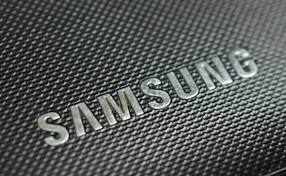 Today we were tipped about some fresh new rumors about upcoming Samsung products.
Let start with the best part called:  Project J.

Project J is the next generation of Galaxy S devices.
Samsung is having plans to announce the next Galaxy S in April.
According to older rumors the Galaxy S IV would  have a full HD AMOLED display, a quad-core cpu,the latest version of android, a 13 megapixel camera and the screen size would be 5.0”
Our insider could not confirm the specifications at this moment! He only knows the new project name called: Project J for the next Galaxy.

Last rumor is a new fresh tablet,this tablet is to fight the ASUS Transformer. Samsung wants to bring a 13.3” tablet with QWERTY dock as option to the market. This tablet would fight the Asus Transformer directly.
Many people would love to use a tablet but also like to type fast from a QWERTY keyboard.
The new 13.3” tablet by Samsung could do both like the Asus Transformer. The insider could not tell us which kind of operation system Samsung will use on this tablet.