It’s been half a year since the Galaxy S20 Ultra was released as the company’s first smartphone to boast so-called Space Zoom camera technology. It was also one of the most expensive Galaxy S smartphones yet from Samsung. So it will be worth your while to pick one of these best Galaxy S20 Ultra cases to protect this behemoth of a phone.

If you’re in the market for a new case, whether it’s because you want to add to your collection or you’ve only just realized that you need one, then take a look at the list we’ve prepared for you below. It includes some great Galaxy S20 Ultra cases from both Samsung and third-party manufacturers.

What you consider to be the best cases for Galaxy S20 Ultra is entirely dependent on how you use your device. You might prefer a clear case that doesn’t get in the way and won’t hide the device’s color. Perhaps your needs will be better addressed by a rugged Galaxy S20 Ultra case or maybe you just want one that doubles as a wallet. There’s something for everyone in this list. 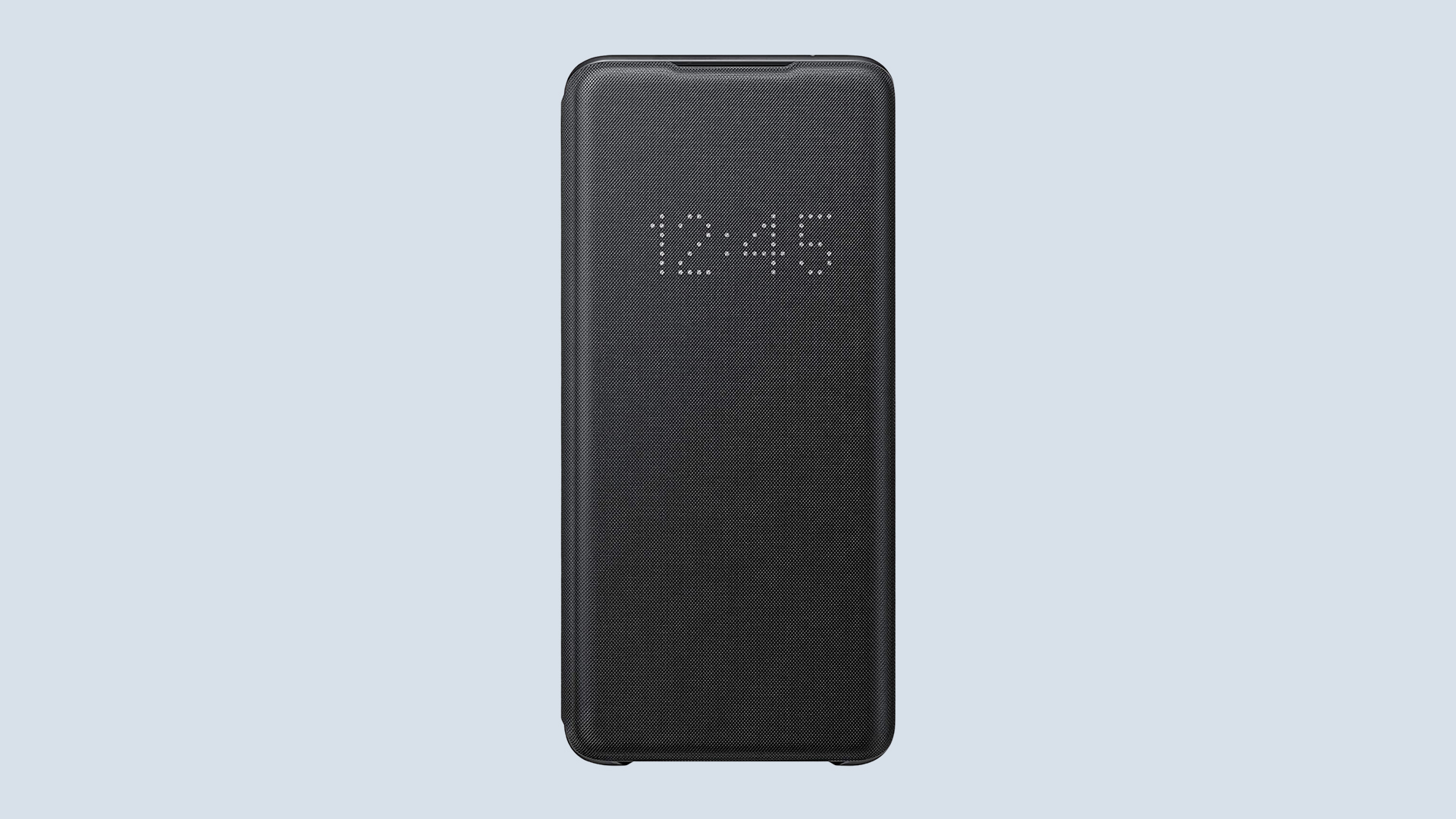 You can’t go wrong with an official Samsung case for the Galaxy S20 Ultra. There are a few options out there but we picked the LED Wallet Cover case because of its clever design. The case’s display cover conceals an LED array that shines through with notifications and other bits of information. The LEDs can be personalized through an app that lets you draw a custom shape for individual contacts and more. 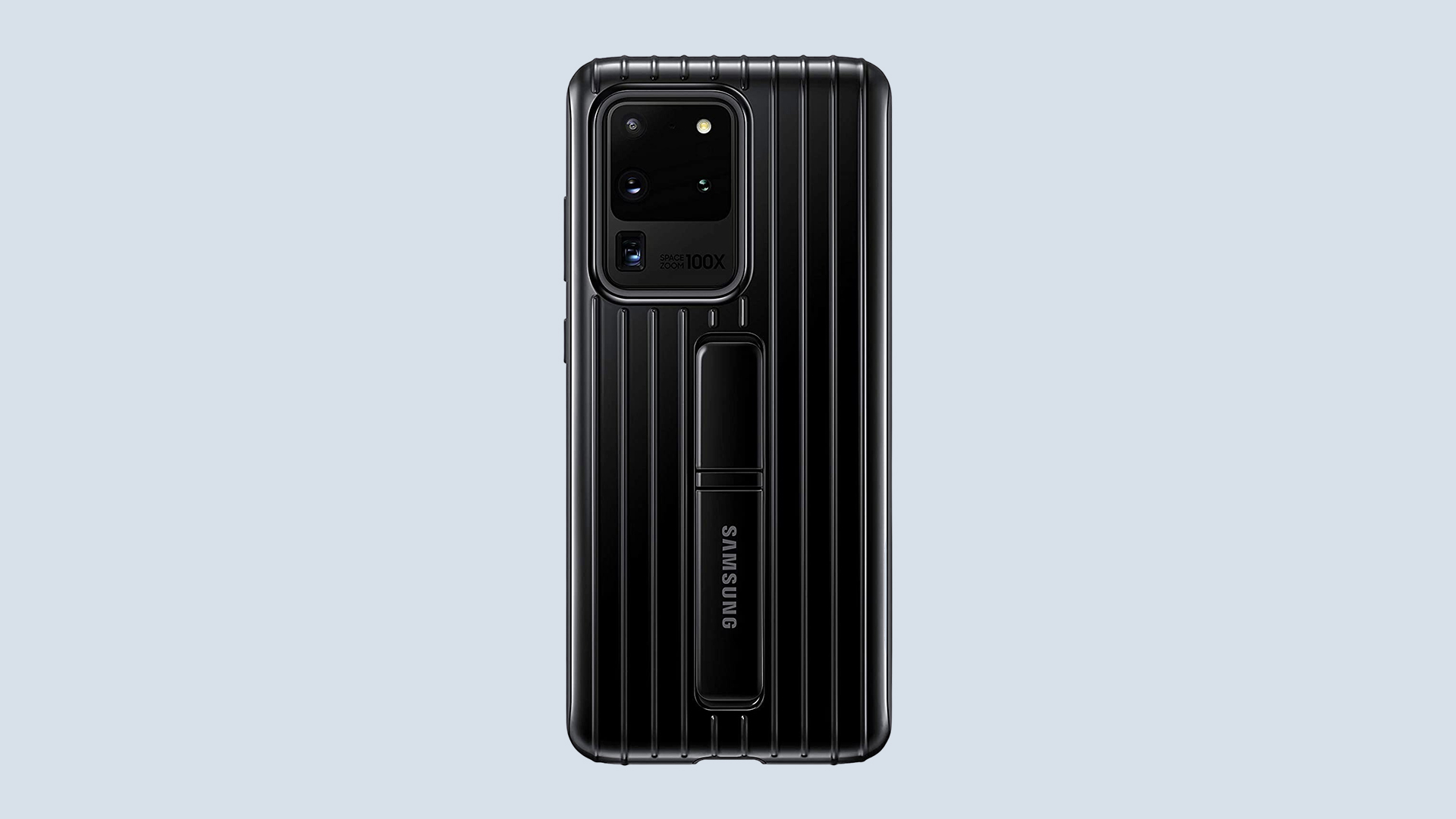 The second and last Samsung item on this list is the official Rugged Protective Cover. Its design is relatively unassuming save for the vertical ridges on the back, and it doesn’t have a display cover or LED notifications. Instead, it offers a rugged design for extra protection and a built-in kickstand. If you’re looking for a rugged Galaxy S20 Ultra case with a straightforward design and a kickstand, this is the perfect option. 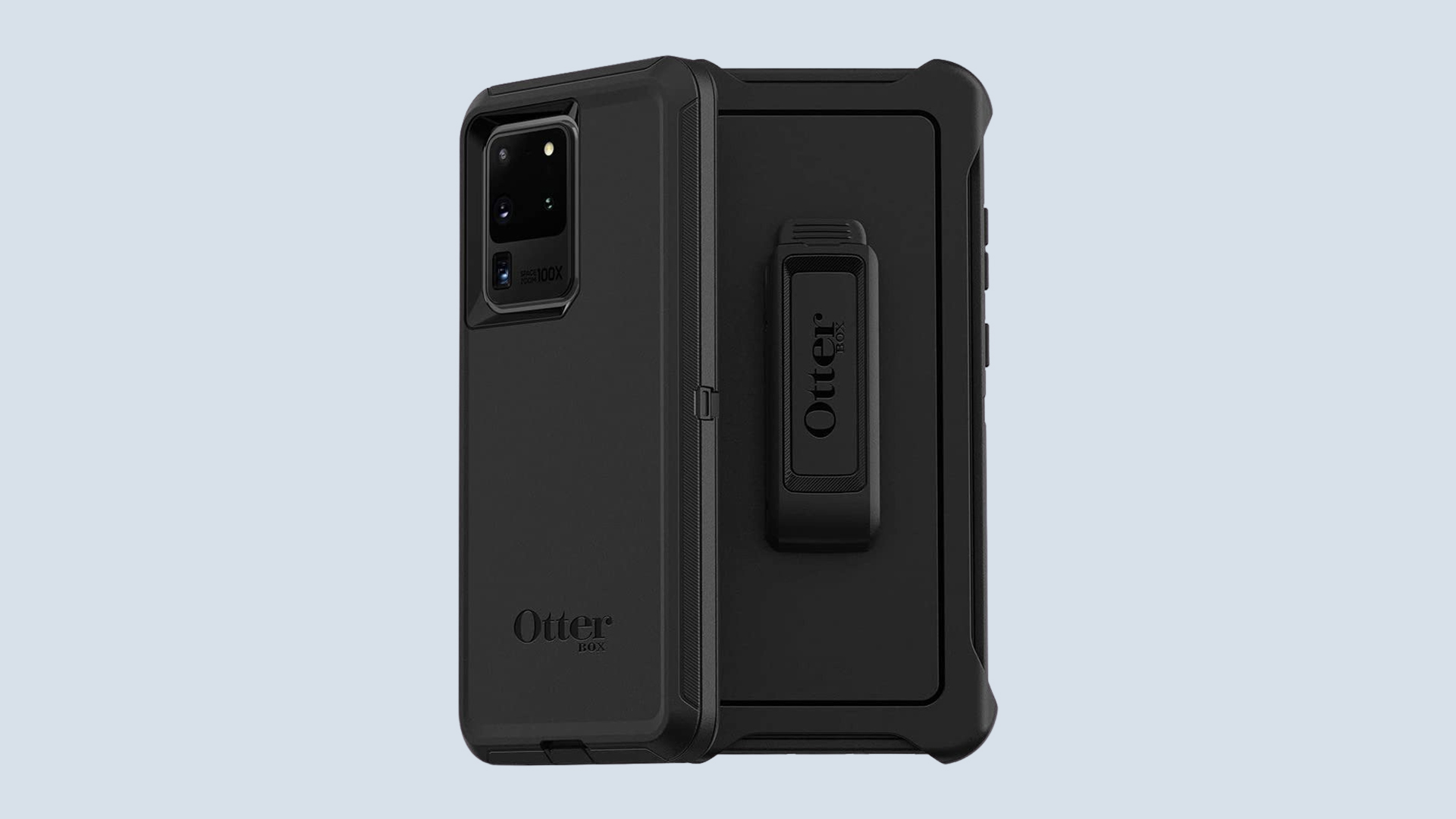 The OtterBox Defender Series case enhances the Galaxy S20 Ultra with additional protection against dust, debris, and shock. It has port covers to keep foreign particles away and it employs a multi-layer defence design boasting a solid inner shell and a soft outer cover. It’s built from polycarbonate so there’s ample shock and drop resistance. 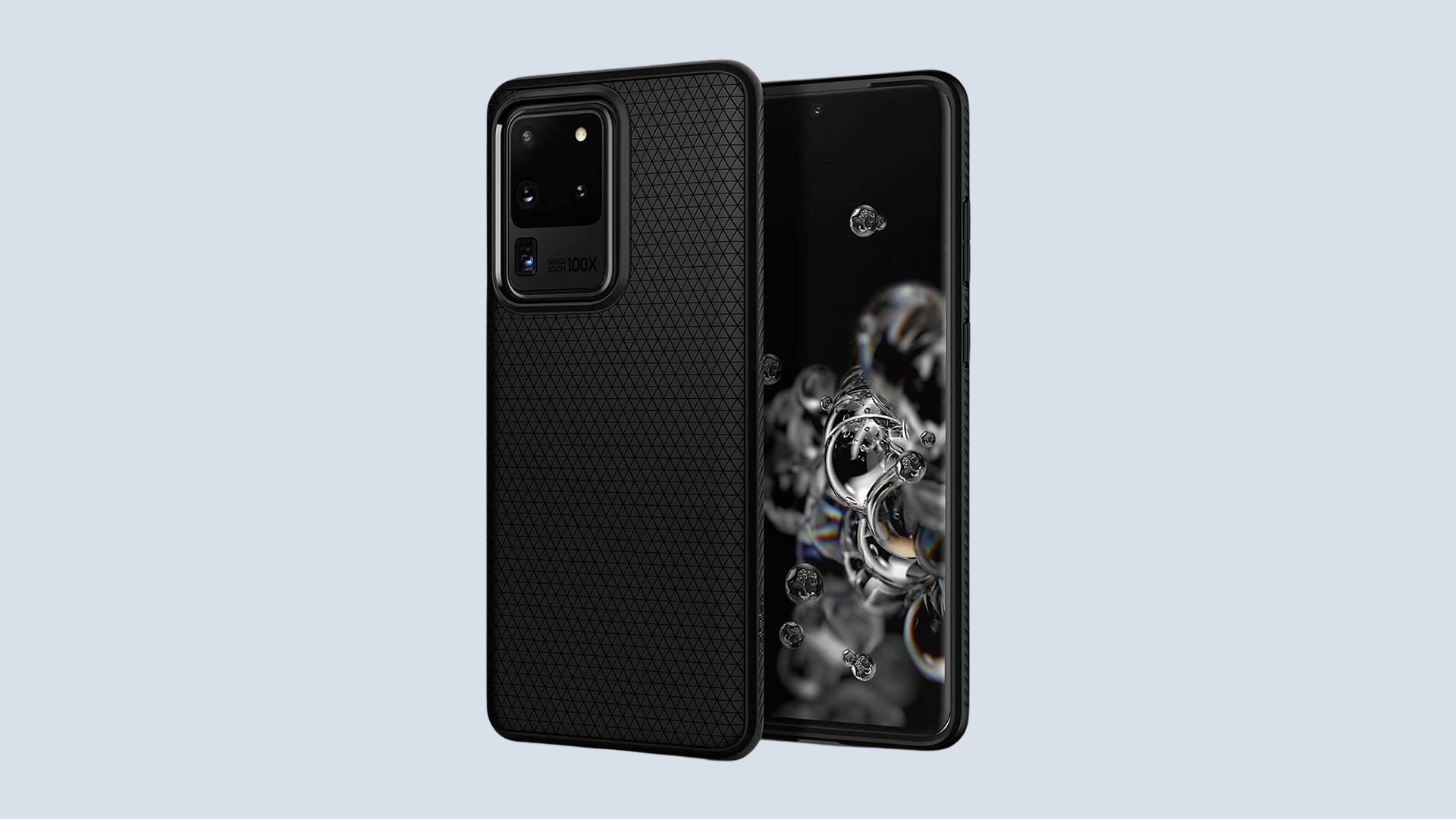 The Spigen Liquid Air Armor case designed for the Galaxy S20 Ultra is slim and lightweight but offers military-grade protection and Air Cushion Technology for better protection against shocks. It has an anti-slip surface and it’s available in matte black with an intricate prism pattern. 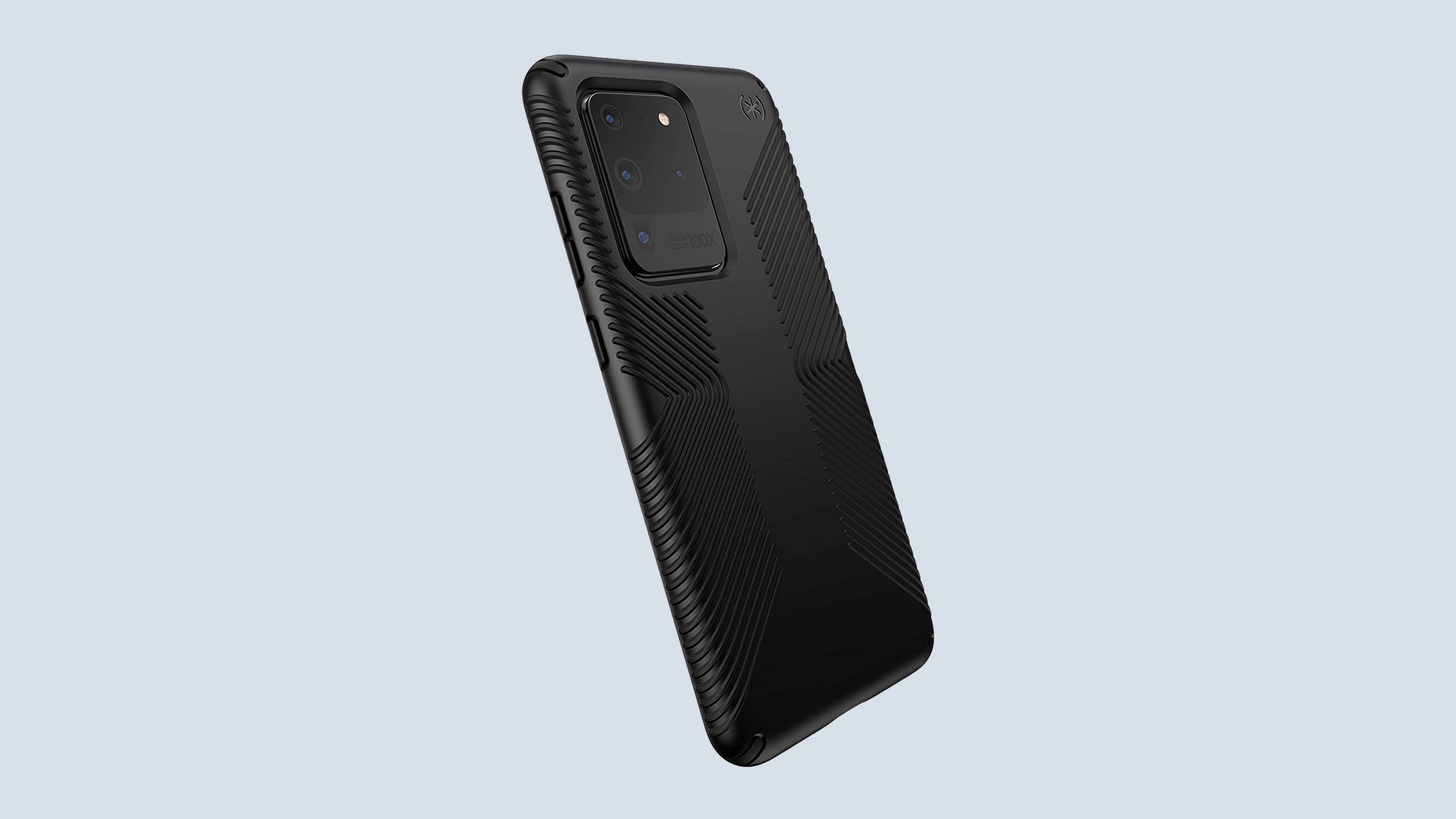 IMPACTIUM Shock Barrier is what Speck Products calls the two-layer design of the Presidio Grip case. It comprises a polycarbonate shell molded together with a shock-absorbing rubber layer and it claims to protect your Galaxy S20 Ultra from drops of up to 13 feet (4 meters). No wonder it made our list of the best Galaxy S20 Ultra cases. The Presidio Grip has a no-slip grip design and is treated with Microban microbial protection. It’s available in black, black and blue, grey, and purple. 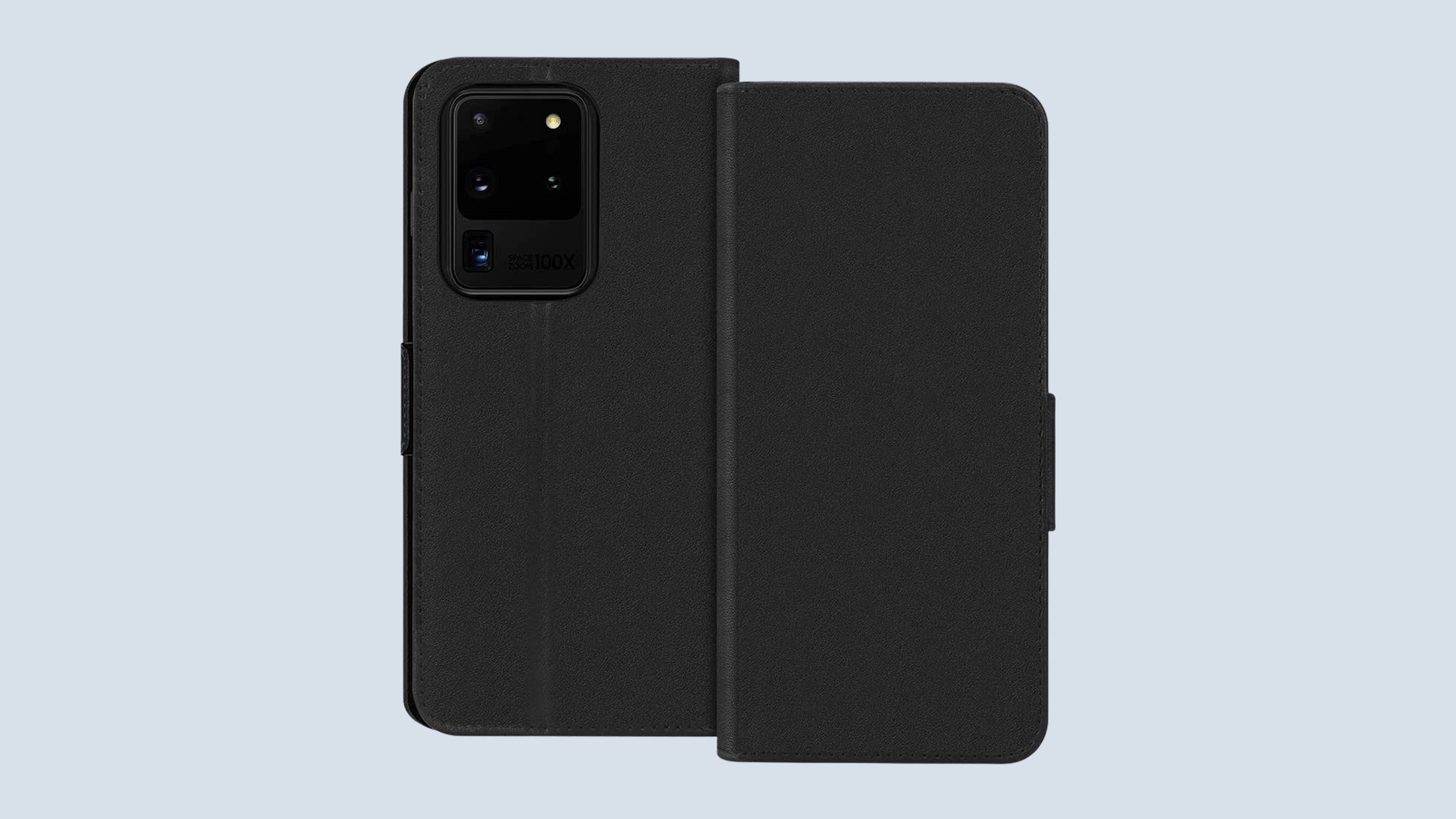 True to its name, the FYY Genuine Leather case is made from genuine leather but it also contains polycarbonate elements underneath the soft surface. It’s handmade and has an elegant but practical design with features such as credit card holders, RFID blocking, kickstand functionality, and support for wireless charging. 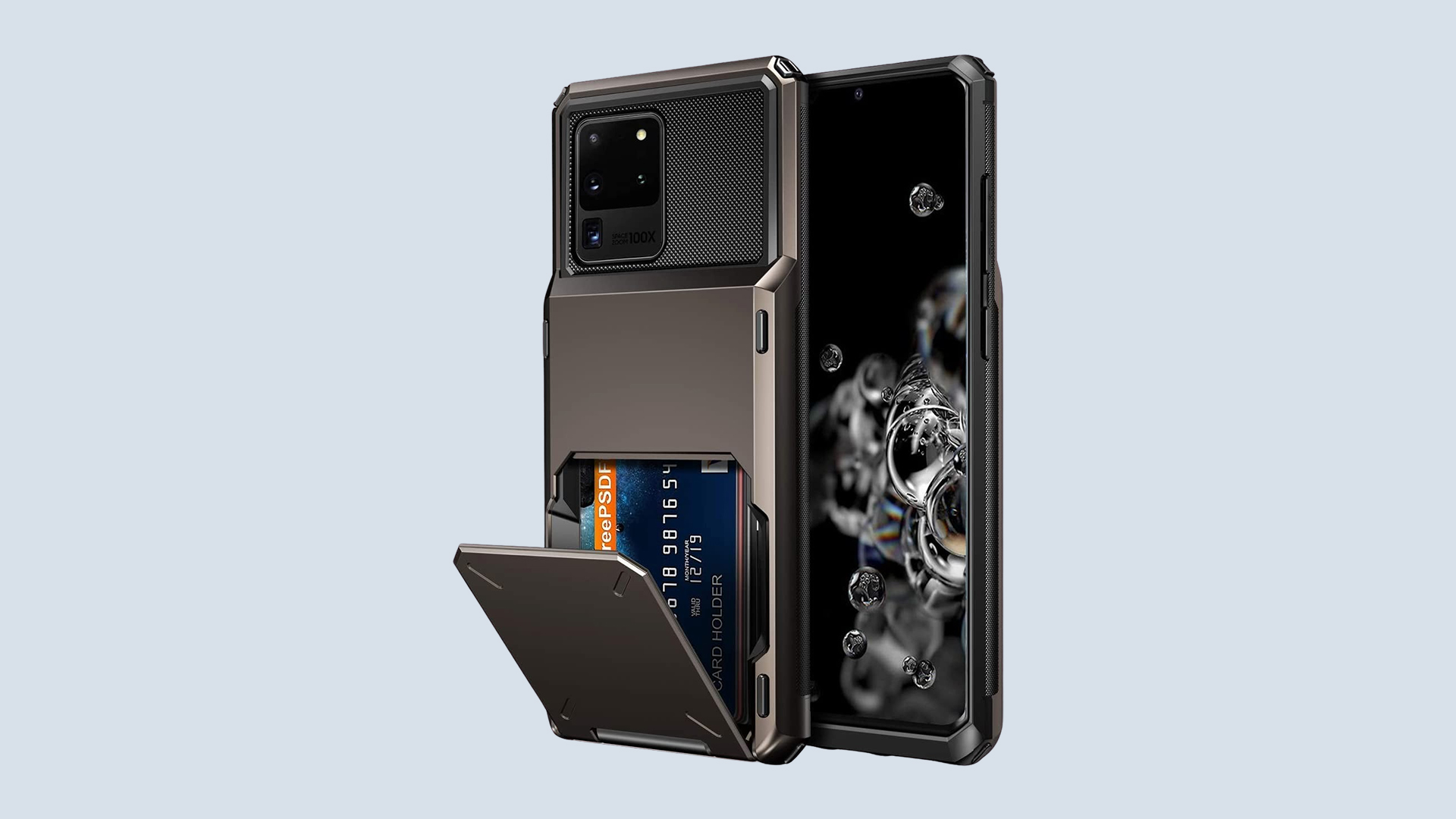 The Vofolen Wallet Case for the Galaxy S20 Ultra is the most intricate case on this list. It’s meant to replace your bulky wallet so it has a spring-loaded flip door on the back panel that reveals a credit card/cash holder with enough space for both and more. The Wallet Case is made of TPU and polycarbonate and it’s available in gunmetal, navy, purple, red, rose gold, and sky blue colors. It’s one of the best wallet cases for Galaxy S20 Ultra that you can get for this price.

Picking the best case for your Galaxy S20 Ultra

These Galaxy S20 Ultra cases look nothing alike and they’ve been picked as such purposefully. They are all unique in their own ways as they serve different purposes. If you consider the Galaxy S20 Ultra to be too bulky as it is then you might want to look at some of the slimmer cases on this list.