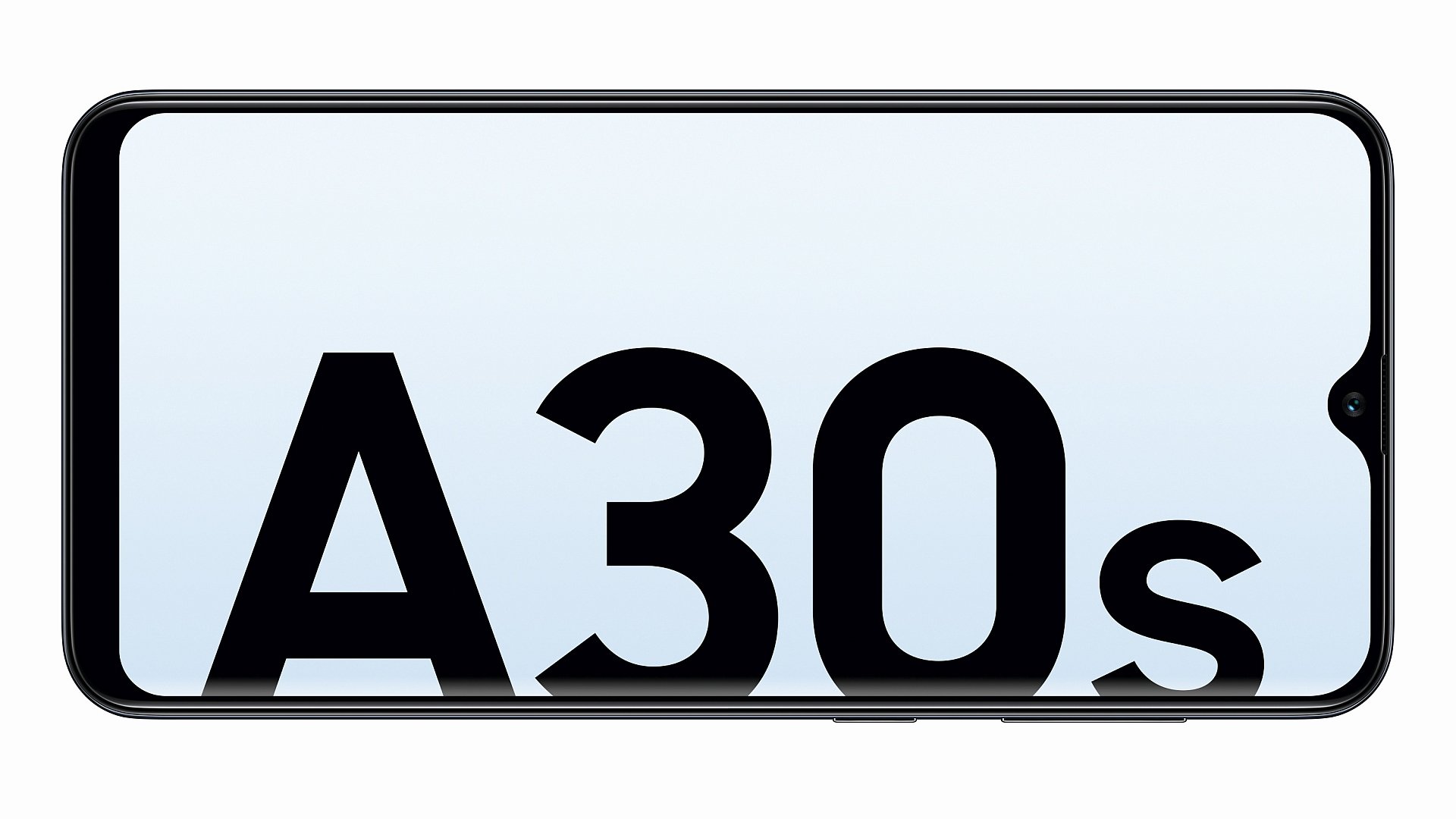 Samsung’s Galaxy A series lineup in 2019 includes everything from budget devices to premium mid-rangers. Though the lineup looks crowded, the company believes there is still room to add more devices that are not necessarily successors to the existing models. Many of these new models are often slightly modified versions of the existing devices. 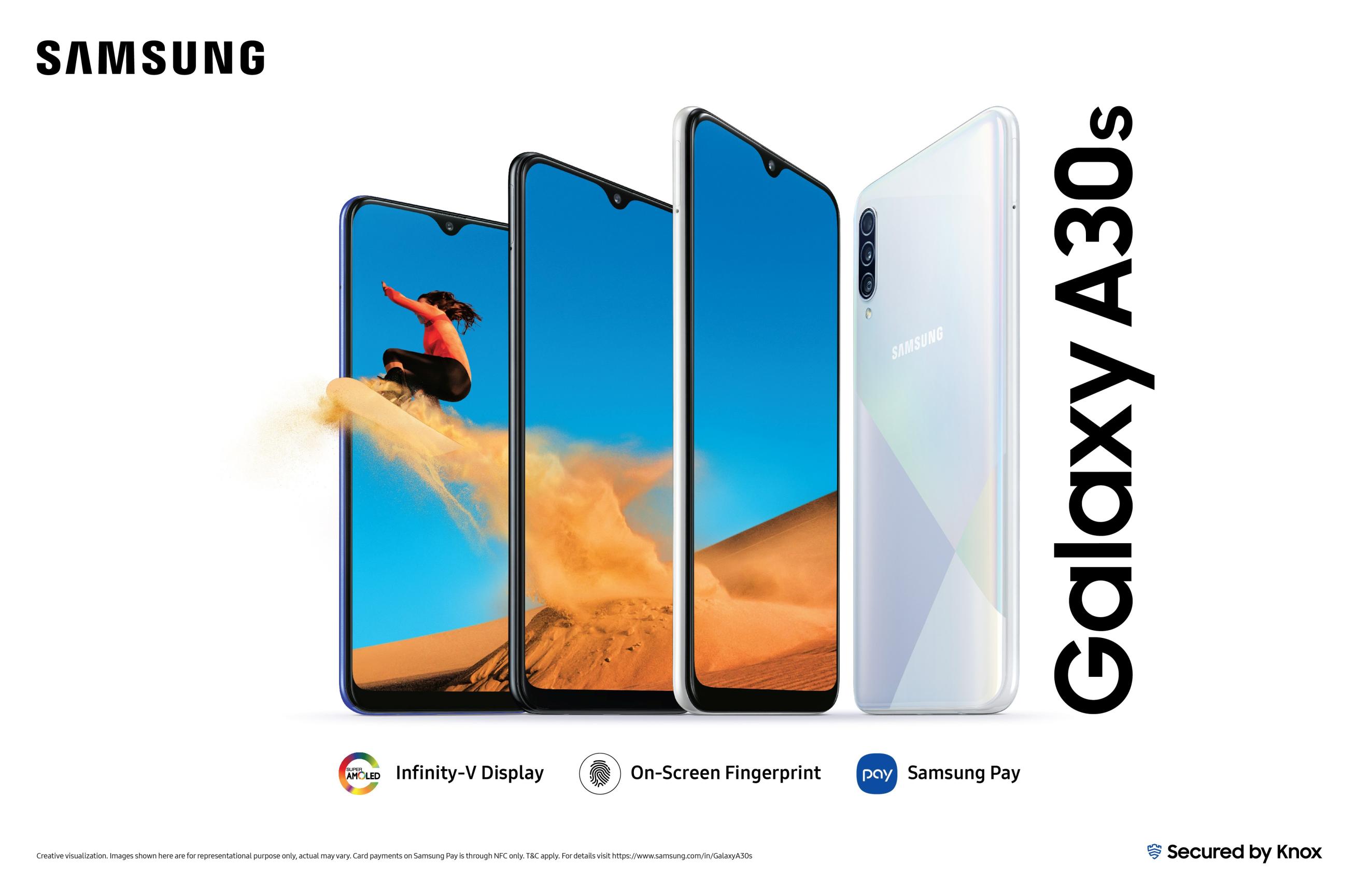 The Galaxy A30s is one such device, which, as the name suggests, is a modified variant of the Galaxy A30. Though not officially classified as such, based on the launches so far, it was assumed the ‘s’ variants of the existing Galaxy A series devices are minor upgrades, while the ‘e’ variants are minor downgrades. However, the Galaxy A30s complicates this distinction with some strange choices.

The Galaxy A30s boasts a new design with a unique geometric pattern and a holographic effect on the back. Like the A30, it is still made out of glossy plastic, though. It weighs 166 grams and measures 158.5 x 74.7 x 7.8mm. 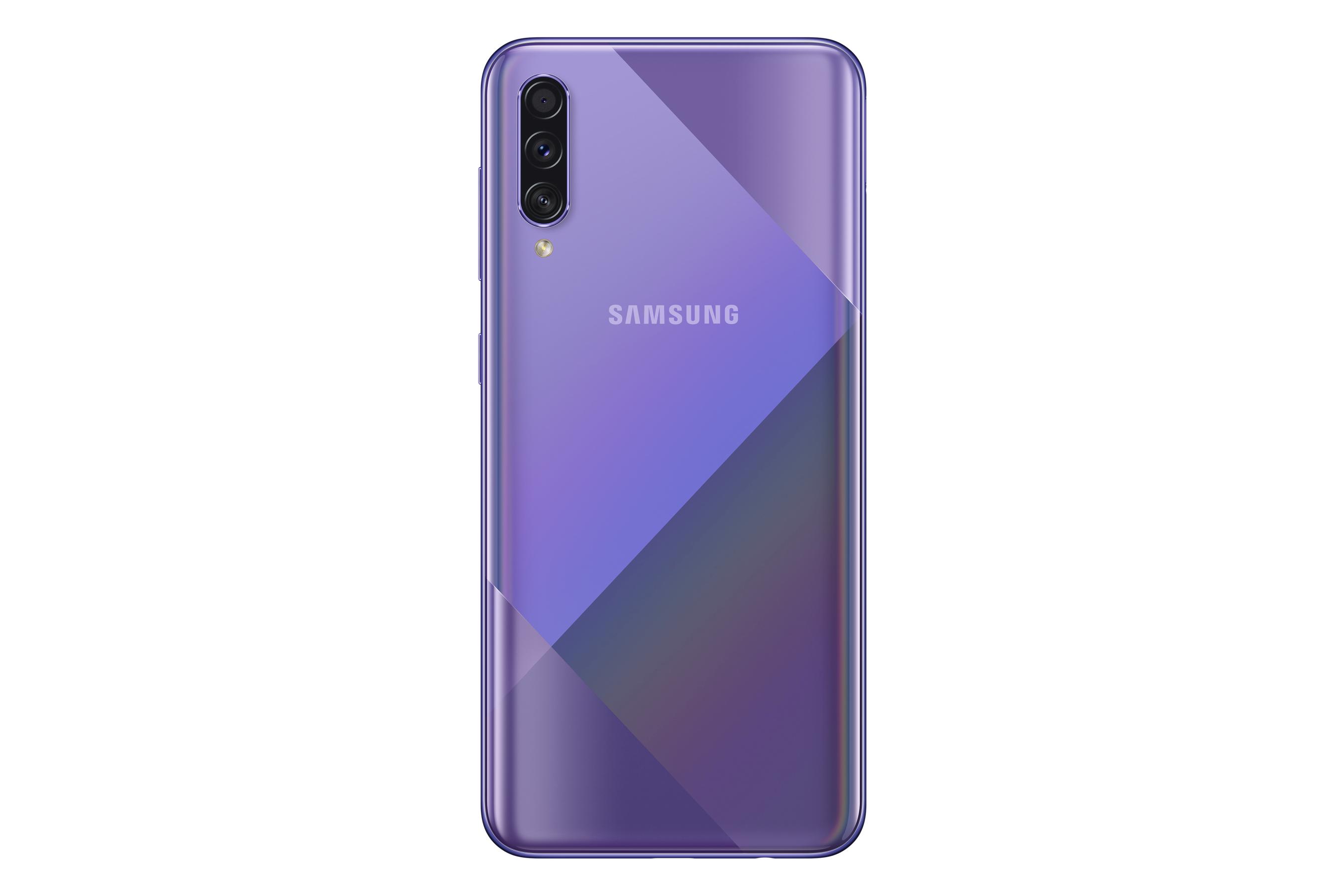 The front of the device is occupied by an Infinity-V display with a disproportionate chin.  The volume rocker and power button are placed on the right, while the left side houses a SIM slot that can take two SIMs and a microSD card. On the bottom side, there is a headphone jack, USB Type-C port, primary mic, and a speaker grille. The top side is clean and only hosts a secondary microphone. On the rear side, the Galaxy A30s has a vertically arranged triple-camera setup on the top left, an LED flash right below, and Samsung branding in the middle. Overall, barring the design on the back, the A30s doesn’t look or feel much different from the A30. 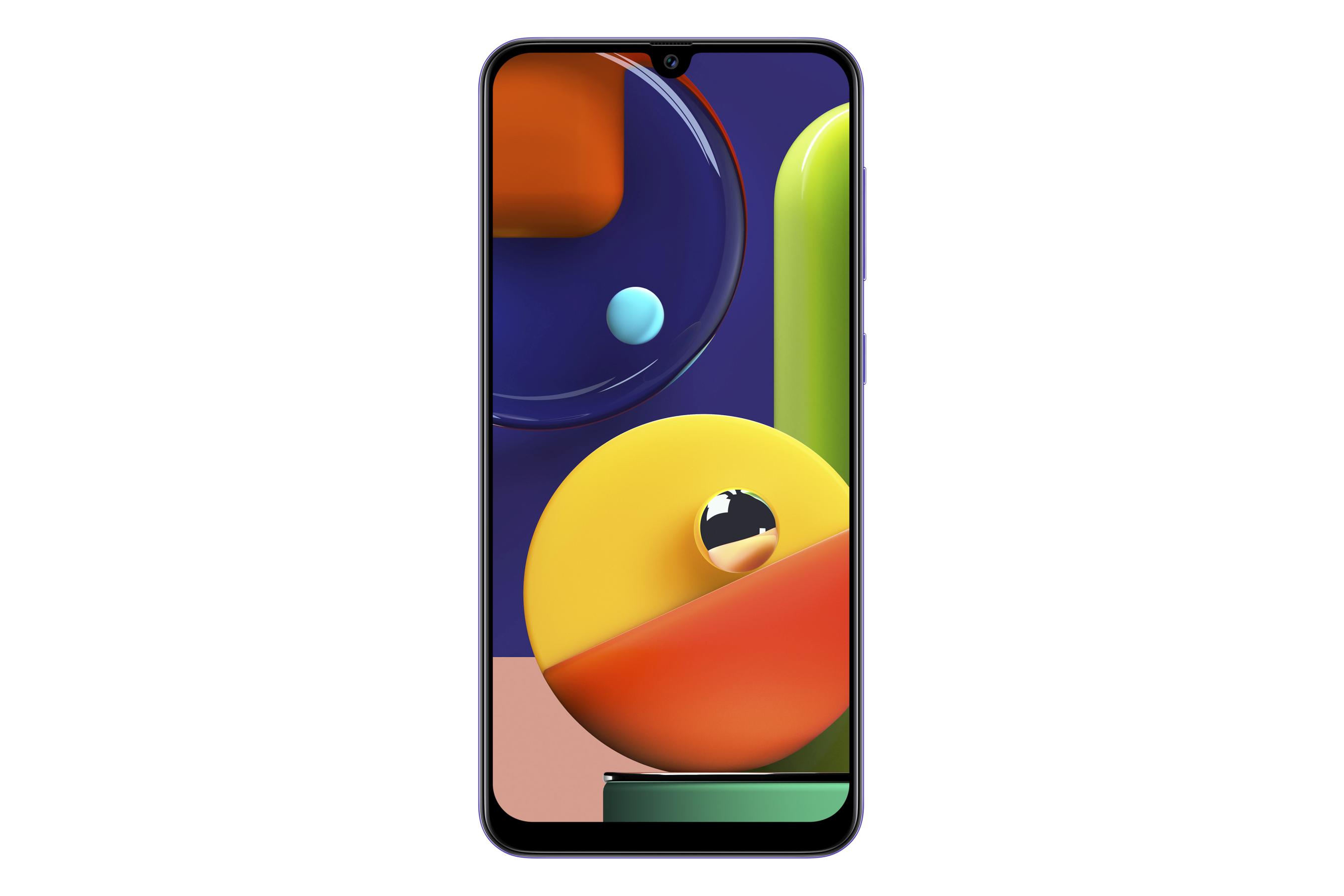 The Galaxy A30s packs a 6.4-inch HD+ (720×1560) Super AMOLED Infinity-V display, giving it a rather low pixel density of ~268 PPI. This is a downgrade from the full-HD+ Infinity-U panel on the A30, which makes it an odd component choice for an ‘s’ variant. Samsung, however, added an in-display fingerprint reader to the panel, which some may consider as an upgrade.

It is in the camera department that the Galaxy A30s sports its biggest upgrade. Apart from adding a 5-megapixel depth sensor to the rear camera system, Samsung also bumped the resolution of the primary camera on the front and the back.

What all of this means is that the A30s comes with a triple camera setup on the back, which consists of a 25-megapixel sensor primary camera with f/1.7 aperture, an 8-megapixel wide-angle sensor with f/2.2 aperture, a 5-megapixel f/2.2 depth sensor for better bokeh effects, and an LED flash – a setup which is identical to the one found on the A50. The selfie camera, however, remains unchanged at 16 megapixels and f/2.0 aperture. On the software front, the Galaxy A30s packs camera features like Intelligent Flaw Detector, Scene Optimizer, etc.

The Galaxy A30s runs Android 9 Pie with Samsung’s One UI on top. The interface and features are similar to what you find on other Galaxy devices running Android Pie. You can read our One UI Feature Focus series to learn about all the major features this release brings to the table.

If Samsung sticks to its existing software update policy, the A30s should get two major Android system updates during its lifetime. The company has been pushing regular security updates to its A series devices, which should extend to the A30s as well.

Samsung announced the Galaxy A30s in August 2019. The handset was priced at €279 in Europe and Rs. Rs. 16,999 (~240) in India. It comes in Prism Crush Black, Prism Crush White, Prism Crush Green, and Prism Crush Violet color options. Storage configurations include 3GB/32GB, 4GB/64GB, and 4GB/128GB. Of these, the 128GB internal storage option was not available for the Galaxy A30, making it another small upgrade for the A30s

You can follow our coverage of the Galaxy A30s to learn about new features, updates, tips, and more. To download the latest Galaxy A30s firmware, you can head over to our firmware section. 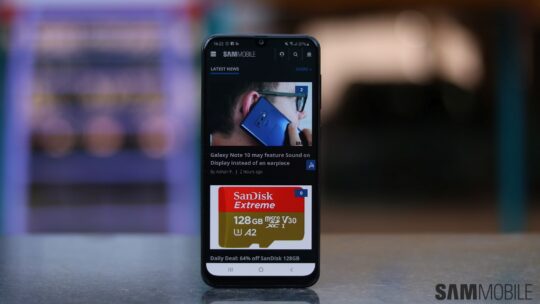 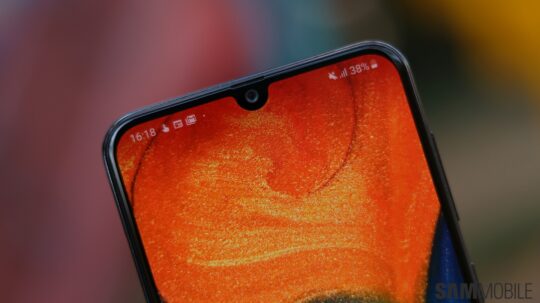 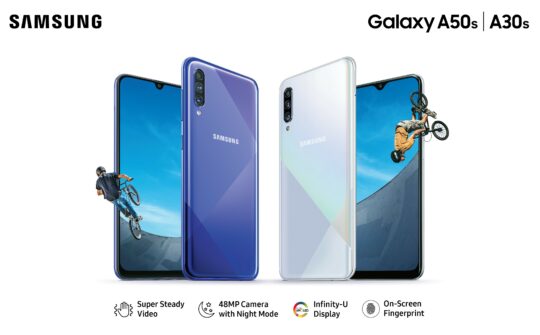