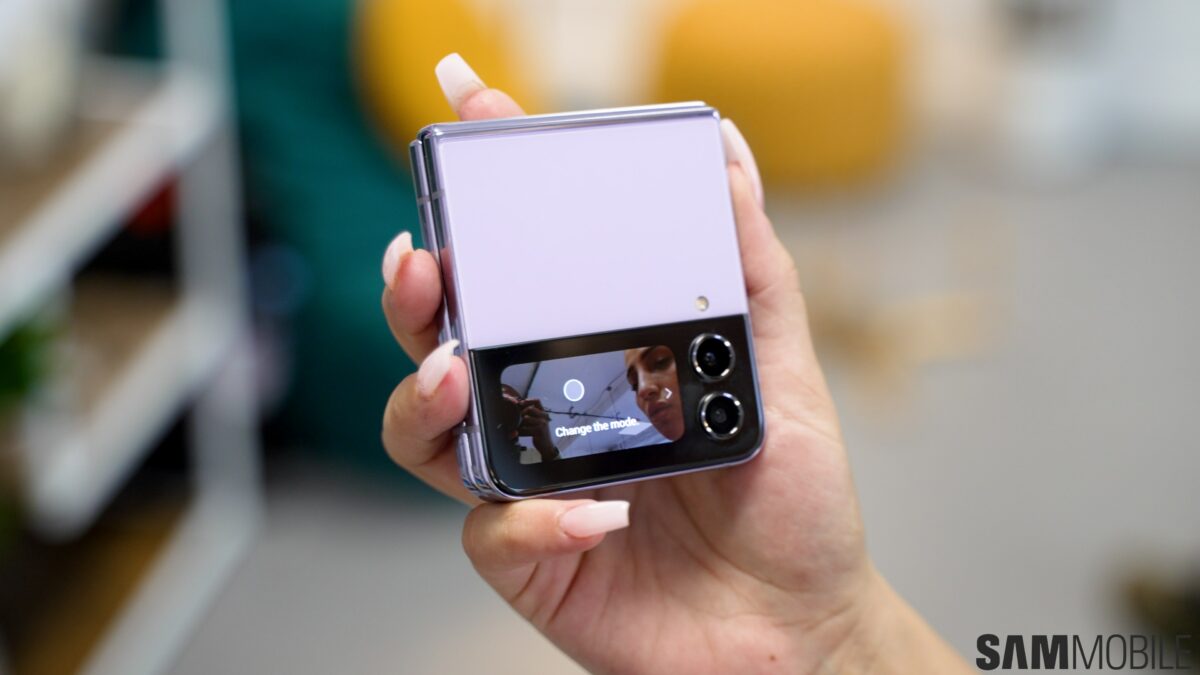 In exchange for its $999 price tag, Samsung’s new Galaxy Z Flip 4 offers a bunch of high-end hardware specifications, including a top-of-the-line Snapdragon chipset, 25W wireless charging, and a flagship-grade Foldable Dynamic AMOLED 2X display with a 120Hz refresh rate. What it doesn’t offer is a premium camera system, and as far as the Z Flip series is concerned, this might never change. Here’s why I believe this to be true.

You can understand more about Samsung’s firmware number scheme by checking out our full break down, but in short, the first letter after “SM” represents the Galaxy device brand, and the first number that follows right after reflects the price point.

“G” stood for the Galaxy S series before the S22’s release, “N” stood for Galaxy Note, “A” for Galaxy A, “M” for Galaxy M, and so on. Oddly enough, the Galaxy Z Flip and Z Fold carry model numbers that start with the same letter, “F,” indicating that they’re part of the same series rather than existing as two separate foldable phone lineups.

Meanwhile, the first number in Samsung’s firmware and model numbers represents the price point within a given Galaxy lineup. “9” is reserved for the most expensive Galaxy devices, “7” for Lite variants or upper-mid-range devices, “5” for mid-range, and the list goes all the way down to “0” for the most affordable Galaxy A and Galaxy M phones.

In Samsung’s view, or at least within the confines of its development labs, the Galaxy Z Flip 4 is an upper-mid-range device that’s part of the same F-branded lineup as the Galaxy Z Fold, only cheaper.

In conclusion, although the Galaxy Z Fold and Z Flip carry different brands, their model numbers betray that they’re essentially part of the same smartphone series in Samsung’s eyes. And more to the point at hand, the model number scheme says that the Galaxy Z Flip series is more of a flagship-killer type of phone than a true flagship.

So, if you’re waiting for the Galaxy Z Flip series to eventually adopt a premium camera system akin to what you’d find on other Galaxy phones priced $999 and up, you might be setting yourself up for long-term disappointment. Unless the model number changes to reflect a fundamental shift in the Samsung philosophy, a premium camera for the Galaxy Z Flip line will probably never happen.

Does this take away from the Galaxy Z Flip 4? I don’t believe it does. The latter is still a fantastic flip phone and likely a soon-to-be best-selling foldable device. Nevertheless, we should probably adjust our expectations for future models.