PSA: Samsung DeX is amazing and I have no idea when that happened 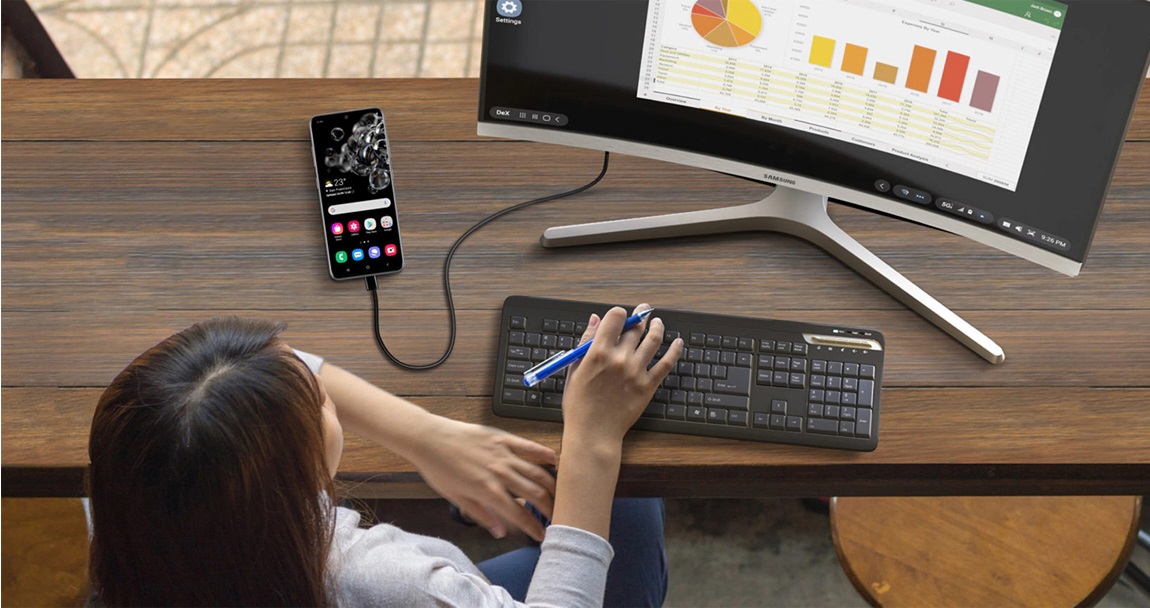 It’s been over three years since we were introduced to DeX, initially called the Samsung Desktop Experience. But the curious-looking accessory didn’t stick around for long. It gradually made way for a fully software-based phone-to-PC solution which is now baked into every modern flagship Galaxy smartphone and tablet running One UI and simply called DeX. And somewhere along the way, that titular experience actually became good. Or the app’s name stopped being a joke, depending on how bitter of a taste the original solution left you with.

I can’t tell you when exactly that happened, though. Because I dismissed DeX as a gimmick with potential that would likely remain unfulfilled back when it released. Little did I know, only a year or so later, someone at Samsung apparently said “hey, our software is terrible” with enough expletives and at a sufficient volume for that observation to be taken seriously. Which is an assumption based solely on me seeing 40 minutes of a Steve Jobs biopic with Ashton Kutcher that one time.

But even if Samsung’s product design process doesn’t start with rich eccentrics having psychoses in an elevator, I’m fairly confident I got the time period right. The very name of the app is evidence of that, seeing how it’s basically a relic by now. Because something called the “Samsung Desktop Experience” made way more sense back when Galaxy devices were running the “Samsung Experience.” And that much-awaited Touch Wiz replacement was so short-lived – replaced by today’s One UI launcher – that it can serve as a pretty specific frame of reference for figuring out exactly when DeX became so amazing.

Not only does the latest version of this productivity suite offer a pretty decent desktop experience most easily comparable to Chrome OS, but it’s also arguably the easiest way of exchanging files of any sort between your smartphone and desktop of choice – regardless of whether the latter uses Windows, macOS, or Linux.

The fully wireless DeX experience isn’t there just yet, but it’s passable in combination with a decent router and still offers more polish than the first generation of Samsung’s tech. Of course, wire-free DeX support is bound to become more worry-free in the near future. It’s actually one of the first things that come to mind when thinking about the earliest direct benefits a jump to the Wi-Fi 6 specification will offer to owners of contemporary Samsung smartphones.

The current state of DeX is, therefore, a far cry from that 2017 mess Samsung presented us with. This ugly duckling turned into a well-rounded swan by the time Android 10 debuted. But it’s not unfathomable to suspect quite a few people remain oblivious to that fact – much like I was after a bad first experience with the app – and are needlessly avoiding DeX, in its entirety, even today. Well, it may be time for you to give DeX another chance, especially if you happen to be moving large files between your mobile device and laptop/desktop on the regular.

By now, the platform evolved into a remarkable, intuitive, and extremely consistent service. Obviously, it would have been preferable if Samsung has gotten things right the first time around, but it’s worth remembering how even the company’s largest evangelists agreed that DeX wasn’t a PC replacement in any shape or form just a couple of years back. So… yeah, things have already turned out better than expected.

DeX hence managed to live up to its potential and then some, ultimately becoming a unique selling proposition that’s impressively universal, seeing how it’s supported by the majority of Samsung’s current mobile portfolio. Or, better said, it would have become an amazing USP had Samsung decided to position it front and center at any of its subsequently organized product events. Which hasn’t happened as of yet, but let’s see what 2021 has in store for us. Meanwhile, have you checked out DeX recently?