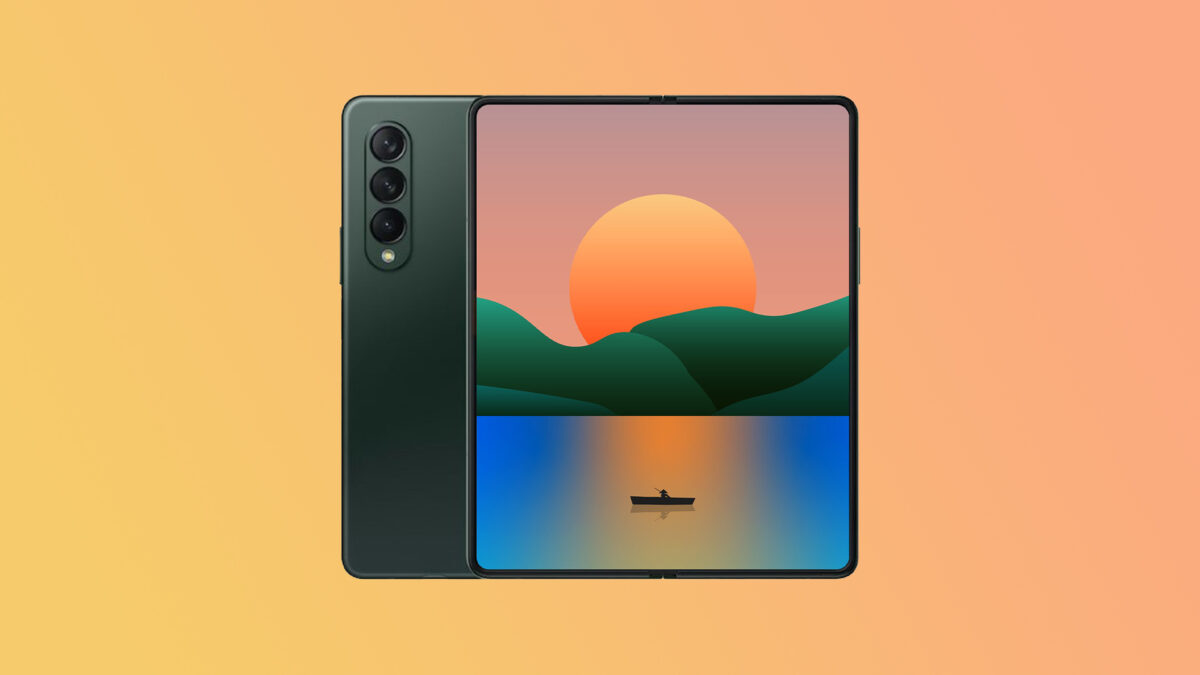 The Galaxy Z Fold 3 is weeks away from its grand unveiling at Unpacked, but we already have a good idea of what to expect from this new-gen foldable device.

One of the most exciting features is an under panel camera (UPC). This technology has been rumored and waited on for years, and all the evidence suggests that it’s finally ready to hit the consumer market through the Galaxy Z Fold 3. The one problem is that the UPC sensor seemingly has an underwhelming resolution of just 4 megapixels, but is it going to be an issue in the real world? Personally, I don’t think it will be — assuming of course that the 4MP sensor itself is not a complete dud — and I’ll explain why shortly.

But first, a quick recap. The Galaxy Z Fold 3 is said to be equipped with three 12MP main cameras at the rear, a 10MP selfie camera at the top of the cover display, and a 4MP under panel camera (UPC) hiding beneath the 7.6-inch foldable display.

First things first, we’ll have to wait and see how this new 4MP UPC performs in the real world before we can draw a definitive conclusion pertaining to its quality.

With that out of the way, it’s worth reminding that, generally speaking, a high resolution doesn’t always translate into a good photo. Factors such as luminosity, contrast, color reproduction, and more, aren’t directly affected by the number of pixels. Other characteristics such as pixel and sensor size or the method used for isolating pixels from each other play a bigger role. Now, of course, these characteristics have never really been a top priority for Samsung’s selfie cameras, so only time will tell what the UPC sensor is capable of in practice.

As far as the pixel count itself is concerned, a high-resolution photo is generally useful for digital zoom and for oversizing an image to create large physical posters. But selfie cameras usually don’t need a very high resolution because they’re not meant to take zoom photos of pictures for billboards. A wide-angle is a lot more useful for group selfies, and brightness plays a bigger role than pixel count, especially since selfie sensors are rarely accompanied by a true LED flash.

The other reason why I believe that the Galaxy Z Fold 3’s 4MP UPC is a non-issue is that the phone already has a second selfie camera on the cover display, and it boasts a higher resolution of 10MP.

This will be the selfie camera of choice for many Galaxy Z Fold 3 owners regardless of the UPC’s resolution, for the simple fact that the phone is a lot easier to wield when folded shut. Given the choice, I believe that the majority of people would prefer taking selfies with a smartphone rather than a tablet. The Galaxy Z Fold 3 can be both, and most people will likely use the 10MP external camera for their selfie needs.

Having no notch or display cutout is better for video conferencing

Meanwhile, the 4MP UPC hidden behind the foldable display is a lot more fitting for applications such as video conferencing, in which case a resolution of 4MP isn’t a fundamental problem. The bigger issue in these use cases is the notch/display cutout, as it can become a distraction or cover essential areas of the display.

So, to wrap things up, we’ll know for sure how good the 4MP UPC is once we get our hands on the Galaxy Z Fold 3, but because the phone already has a conventional selfie camera, I wouldn’t worry too much about the 4MP resolution. The UPC will have its uses, and due to the Z Fold 3’s form factor, it probably wouldn’t have been used as the main selfie camera by anyone, even if it had a 10MP or higher resolution.

But, who knows?! Perhaps a handful of Galaxy Z Fold owners out there actually prefer using the inner camera for selfies, so the news about the 4MP UPC might have had a different effect on them. Where do you stand regarding the Galaxy Z Fold 3’s rumored 4MP UPC? Are you bothered by the relatively low resolution, or is this a non-issue in your eyes? Feel free to join us in the comment section.