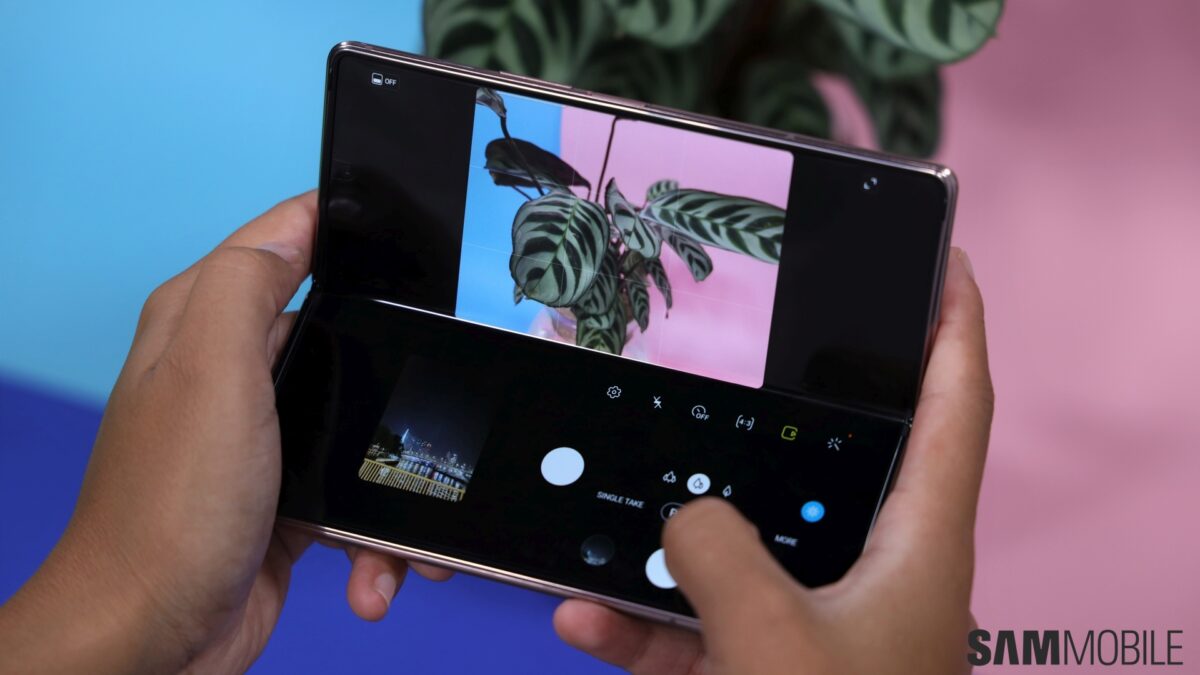 Let’s talk about that catch first. The Galaxy Z Fold 3 is set to be the first phone from Samsung with an under-display camera, but the image shared by the YouTuber mentions that it’s got a measly 4-megapixel resolution. Everything up until this point, meanwhile, has pointed at a 16MP sensor hiding underneath the folding display, or at least a 10MP sensor like the one found inside the Galaxy Fold and the Galaxy Z Fold 2.

It is likely a misprint or error, as there is no way Samsung would take such a huge step backward in terms of megapixel count just to be able to boast about an ‘invisible’ camera. Or maybe that’s the cost of having such fancy new tech? It’s a worrying revelation for sure, and it’s made us more impatient for the August 11th Unpacked event, where everything will be officially revealed. Thankfully, the cover display camera is reportedly still a 10MP unit, so it might not be a total loss.

Both handsets will be powered by the Snapdragon 888 instead and will start at 256GB of storage. The Galaxy Z Fold 3 will also have a 512GB variant and apparently have 12GB of RAM as standard, while the Z Flip 3 will make do with 8GB of RAM. Battery capacities are nothing to write home about, with 4,400 mAh and 3,300 mAh cells powering the Z Fold 3 and Z Flip 3 respectively. The Z Fold 3 has a slightly smaller battery than the Z Fold 2, but according to a recent rumor, it will offer impressive performance partly because of a better cooling system found inside the device. 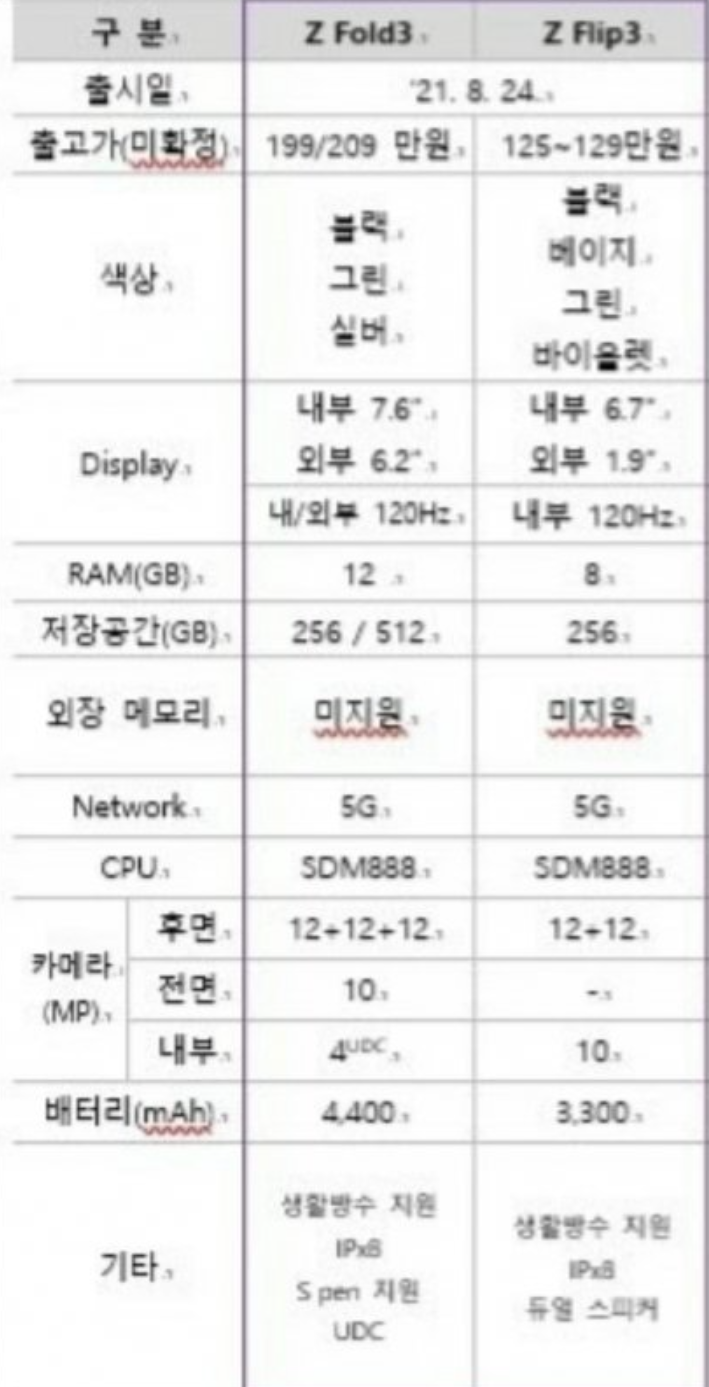