There’s no shortage of wireless chargers on the market. Samsung makes a couple of them as well, including the very versatile Wireless Charger Duo. The one limitation that these chargers have is that if the device isn’t placed in the correct position on the mat, they won’t start charging.

This is where Zens comes in. The company says that it has launched the world’s first wireless charger with 16 overlapping charging coils called Zens Liberty. This means that it can charge the device without requiring it to be placed on a specific spot on the mat. It can also charge two devices simultaneously.

Zens Liberty wireless charger will be perfect for your Samsung devices

The concept here isn’t that different from what Apple tried to achieve with the ill-fated AirPower wireless charging mat. It was supposed to let users charge up to three Apple devices at the same time regardless of where they were placed on the mat. Apple canceled that product reportedly due to overheating issues.

So if you happen to pick one up, the Zens Liberty wireless charger will be able to charge two of your Samsung devices at the same time, like the Galaxy Note 10+ and the Galaxy Buds, for example. It’s Qi-compatible so it will work with a wide range of non-Samsung devices as well. The wireless charging speed is 15W. It’s compatible with Samsung Fast Charge and also has a 2.4A integrated USB port which can be used to charge an additional device. 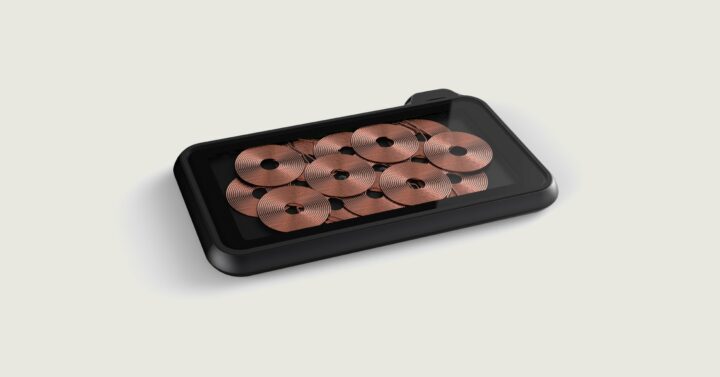 The Zens Liberty Kvadrat edition will be available starting November 2019 for $139.99. It’s charging mat has a unique textile surface made of high-quality woolen upholstery Atlas by Kvadrat. There’s also a limited Glass edition of the charger which will be available from November as well for $179.99. It has glass instead of the textile surface so you can actually see the wireless charging coils inside the Liberty.

Would you be interested in buying a Zens Liberty? If it works as advertised by this Netherlands-based company, it would surely be a very useful accessory to charge two of your Samsung devices at the same time.