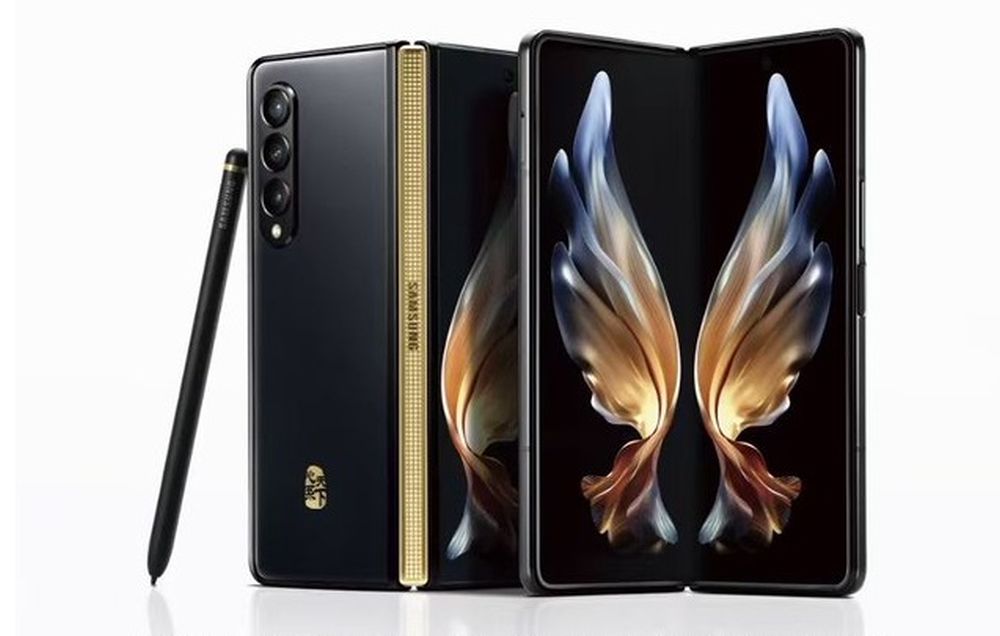 Samsung’s foldable phones aren’t the same everywhere in the world, or more specifically, China has been getting special Galaxy Fold versions ever since the original model was introduced a couple of years ago. The Samsung W21 was released instead of the Galaxy Z Fold 2, and of course, the brand-new Galaxy Z Fold 3 was also redesigned and rebranded for China. It’s called the Samsung W22 5G, and you’ll be glad you’re not getting this version instead of the regular Galaxy Z Fold 3.

Beauty is in the eye of the beholder, as they say, but subjectively speaking, the Samsung W22 5G looks more antiquated than the regular model, regardless if it’s by choice or not. For the most part, the W22 5G looks like regular Galaxy Z Fold 3 in black, but sadly, the golden hinge looks like it was pulled straight off of a cheap makeup kit.

Sure, the Galaxy Z Fold 2 had an optional golden finish for the hinge, but it was matte and uniform across the hinge’s surface. On the other hand, the W22 5G’s hinge pattern makes it look as if it was molded out of cheap plastic that’s bound to lose some paint flakes over time.

Samsung is seemingly poised to release the W22 5G in China later this week, though pricing details aren’t very clear. Still, it’s worth reminding that the Samsung W21 5G was roughly 50% more expensive than the Galaxy Z Fold 2, so it wouldn’t surprise us if the China-bound W22 5G will cost ~$1,000 more than the regular Galaxy Z Fold 3 in most other markets.

If you would like to own the Samsung W22 5G over the standard Galaxy Z Fold 3 for whatever reason, you should technically be able to import it from China once it goes on sale. That is, assuming that Samsung fans in China won’t lap it up as they did last year. Even so, it should go without saying that your privacy will be at a higher risk if you choose to buy the W22 5G over the international Galaxy Z Fold 3.