One UI 3.1.1 debuted with Samsung’s latest foldable flagships at Galaxy Unpacked. It’s not a massive update, as you can tell by the version number, but it brings a few foldable-centric features. However, Samsung is working on a more meaningful firmware update — one based on Android 12. It’s going to be called One UI 4.0, and according to a recent post by a Samsung forum moderator, one of the brand-new additions to One UI 4.0 will be support for SoundAssistant in DeX mode.

Mind you, this doesn’t seem to have been set in stone yet, but Samsung is considering adding this feature to DeX. According to the forum moderator, “SoundAssistant support in DeX mode will be reviewed for the next OS.” However, no availability details are available at this time.

SoundAssistant is a Samsung app that offers more audio control, so it would make a logical addition to DeX.

A few weeks ago, another Samsung community manager seemingly spilled the beans about the availability of Android 12 and One UI 4.0. And assuming that the moderator was correct then the One UI 4.0 beta program could launch in September. The firmware is expected to first be released for the Galaxy S21 series.

As to when a wide release might happen, it all depends on how the beta phase undergoes and how many bugs the community finds, and on Samsung’s ability to address issues before launching Android 12 and One UI 4.0 to the masses. If all goes right, One UI 4.0 could hit the airwaves in December. 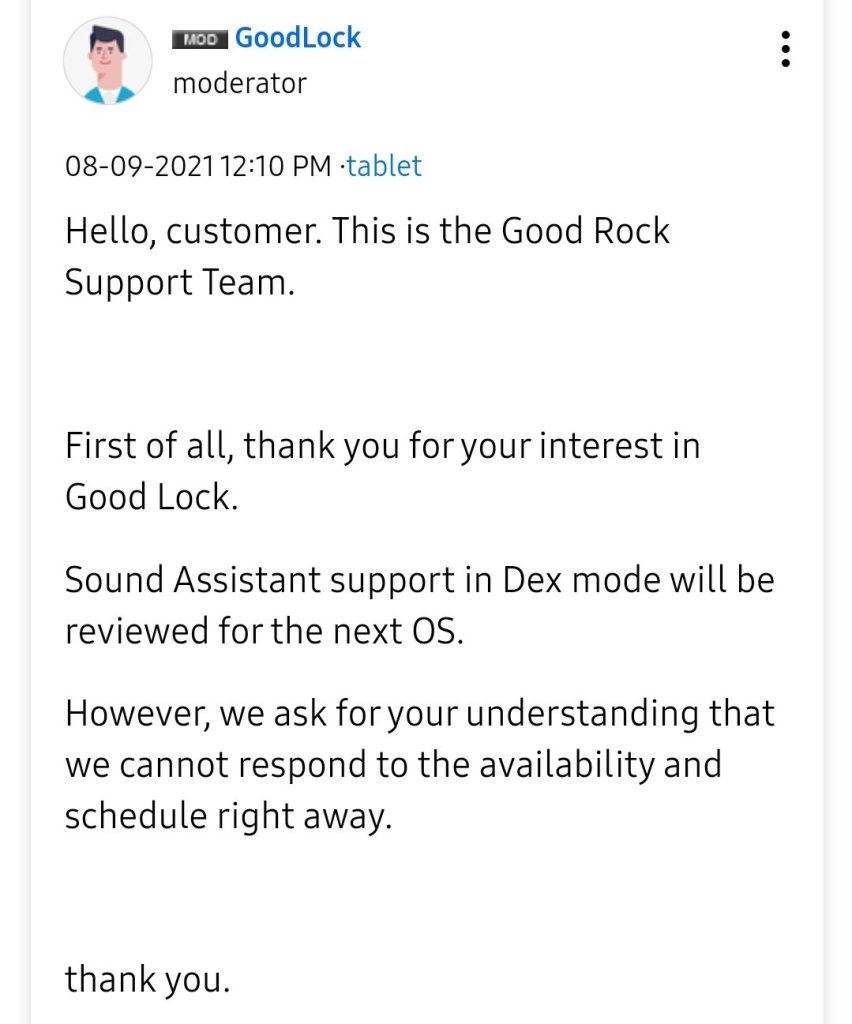 Samsung DeX is one of the best pieces of productivity software that the company has ever made. It transforms y …

Samsung is readying its brand-new Smart Keyboard Trio 500 for market release in Europe, and the company confir …