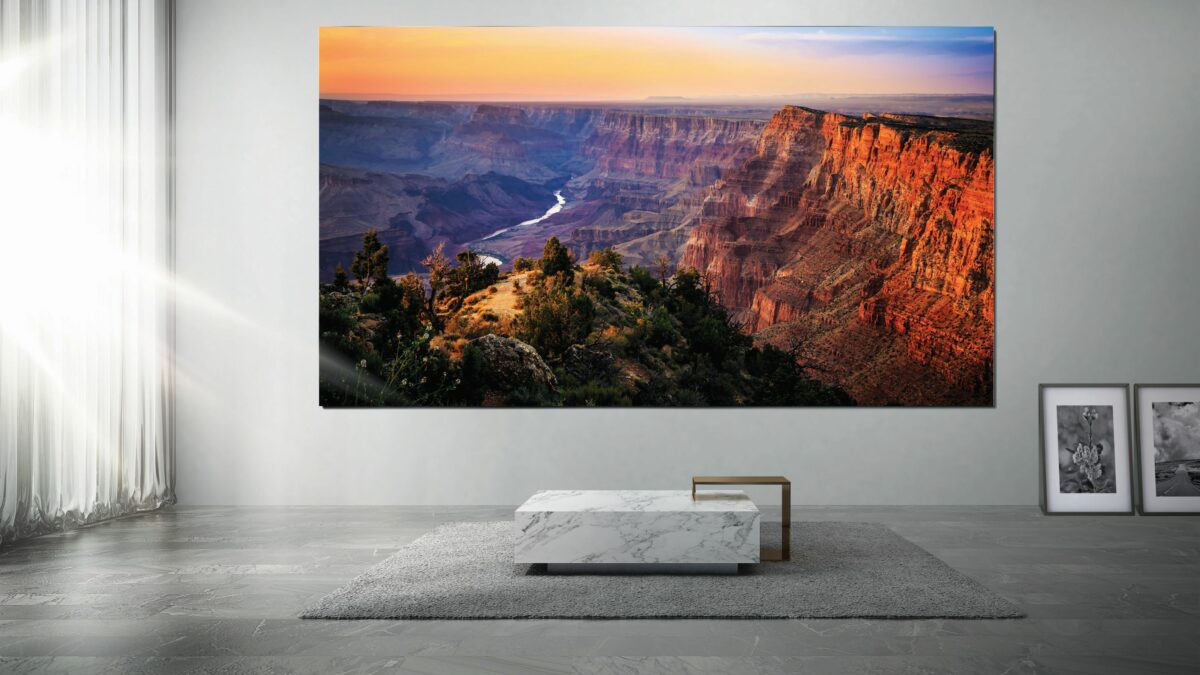 Samsung had unveiled its first MicroLED TV, The Wall, two years ago with a giant 146-inch screen. Since then, the company has launched The Wall in various sizes: 75-inch, 88-inch, 93-inch, 110-inch, and 150-inch. Now, the company is all set to soon launch a new MicroLED TV.

The company reportedly announced its plans to unveil its new MicroLED TV later this week to further solidify its position in the premium television market. Samsung will unveil its new MicroLED TV via a webinar, but its features, size, and specifications haven’t been revealed yet. Industry insiders are speculating that the company will target home entertainment enthusiasts with its upcoming TV.

Han Jong-Hee, Head of Samsung’s Visual Display Business, said that the company is looking to launch MicroLED TVs for homes in the second half of 2021 in Europe and the US. The company is already preparing for the mass production of MicroLED TVs since it appears to have shunned the QD-OLED technology (at least for 2021) that Samsung Display is moving to.

The MicroLED TV market will reportedly rise from $25 million in 2020 to $228 million by 2026. Since Samsung’s TV business spent the past 4-5 years in marketing against LG’s OLED TVs, it doesn’t want to switch to QD-OLED technology anytime soon for its TVs. However, there are rumors that it might launch a few OLED monitors next year that use Samsung Display’s QD-OLED panels.

Samsung’s first microLED TV sized under 100 inches was supposed to enter production in May. However, the …

Samsung has been pushing its MicroLED technology for a couple of years. It has even launched massive models wi …