Here you will find the latest news and most recent developments on the QD-OLED, with regular updates and all the information you need. 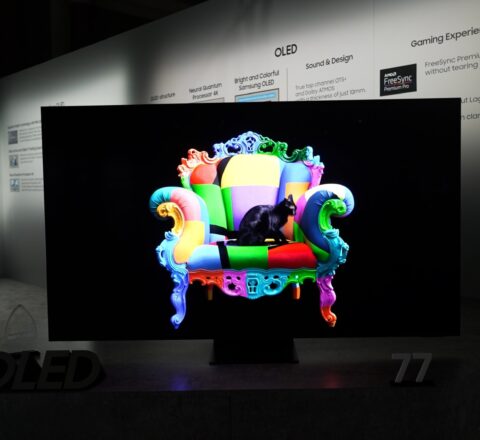 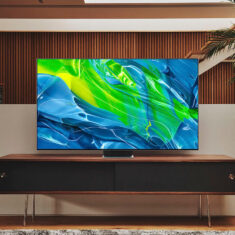 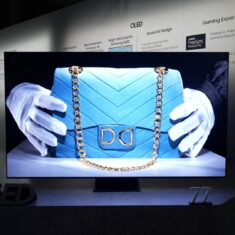 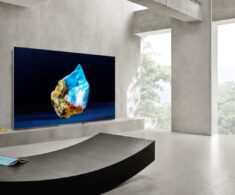 Samsung set to get more competition in the OLED TV segment

After staying away from OLED TVs for years, Samsung returned to the OLED TV segment with the launch of the S95B QD-OLED TV last year. Last week at CES, the company unveiled its second-generation QD-OLED TV with up to 2,000 nits peak brightness and a 144Hz refresh rate. However, the OLED TV segment is about […]

Samsung’s first-ever QD-OLED TV was announced at CES 2022, and it was available in 55-inch and 65-inch sizes. At the ongoing CES 2023 expo, Samsung announced its second-generation QD-OLED TV, which comes in three sizes: 55 inches, 65 inches, and 77 inches. It also brings improved colors and much higher peak brightness. S95C is Samsung’s […]

Samsung has long had an aversion to OLED displays for TVs. That’s despite the fact that it’s the largest manufacturer of AMOLED displays for mobile devices. It’s not that the company didn’t have the capacity to make large OLED panels. Samsung maintained that it didn’t view this technology as worthy of being utilized for high-end […]

As a part of its CES 2023 announcement, Samsung has unveiled a new generation of its QD-OLED TVs. These new models claim to offer higher brightness, improved colors, and a sleeker design. The South Korean firm claims that its new QD-OLED TVs offer the best picture quality when viewed from any angle. The 2022 version […]

Samsung is expected to surpass the 1 million shipment mark for QD-OLED TVs next year. As a result, the company will almost triple shipments in 2023, and market watchers predict that Samsung will continue to increase QD-OLED TV shipments through next year and into 2024. Samsung shipped around 450,000 QD-OLED TVs this year, and UBI […]

New reports claim that one of the biggest TV manufacturers in the world, Samsung, is eyeing to ship more than 40 million TVs in 2023. This forecast is to make sure that it cements its top spot in the TV market. While the South Korean giant believes it will be able to reach the 40 million […]

Samsung to make major increase in QD-OLED production this year

Samsung Display’s impressive QD-OLED panels have taken the world by storm ever since Samsung launched products featuring the next-gen display technology. As demand for these products picks up, the conglomerate’s display affiliate is now looking to make a major production increase. A new report out of South Korea highlights that Samsung Display will be increasing […]