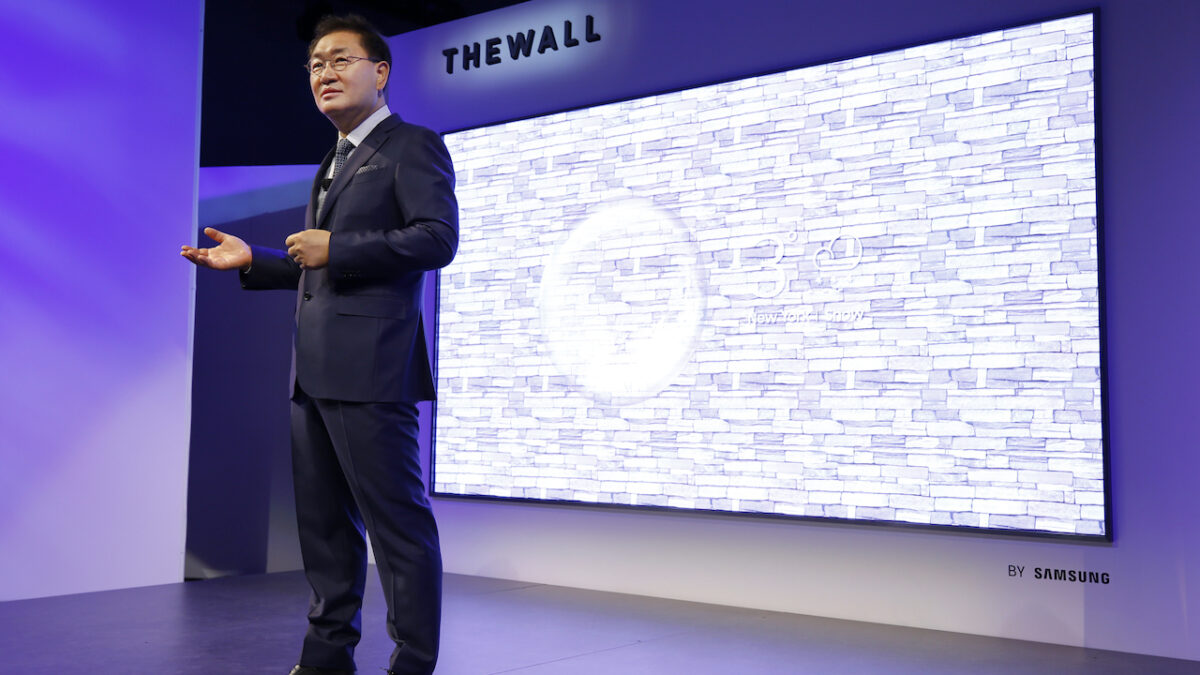 TV By Landon A

Two months ago at the Consumer Electronics Show in Las Vegas, Samsung unveiled an enormous 146-inch television. The world’s first modular MicroLED television set was dubbed The Wall as it is literally the size of one. The LEDs are comprised of self-emitting micrometer scale LEDs that are much smaller than the typical LEDs used for TVs. The technology within allows for a thinner panel and easier manufacturing while still maintaining deep blacks and high contrast ratios similar to OLED panels. Samsung has announced todaythat the world’s first modular TV will go on sale this August.

‘The Wall’ goes on sale this August

Although a price has yet to be announced, one can anticipate the price to be quite high. The Wall’s bezel-less, modular nature that allows a seamless resize of the TV to conform to your desired size will see to that. This may be the beginning of a new era as Samsung has steered away from OLED panels altogether and moved the focus to quantum dot technology. Light emitting diode (LED) technology eliminates the need for a backlight as each sub-pixel illuminates itself. Without this technology, Samsung would not be able to achieve the deep levels of black and high contrast ratios.

The Wall is set to go on sale in August. 2018 is going to be a memorable year for Samsung as they release their first TV lineup that includes their personal assistant, Bixby. Samsung’s 2018 television lineup will include new QLED TVs, UHD TVs, Premium UHD TVs, and TVs in sizes of up to 75-inches and beyond. Select 2018 smart TV models will receive Bixby and give you greater control over your television set.

Be on the lookout as we hope to be able to update you with a purchase price as soon as it is announced. The Wall is certainly going to cost a pretty penny.

Samsung has officially unveiled three new 2022 models of its state-of-the-art display technology, The Wall, at Integrated Systems Europe (ISE) 2022, held in Barcelona, Spain. This new technology is coined to be the future of Micro LED technology. Notably, the model IWB is designed to provide a beautiful and high-resolution immersive viewing experience. It will be available in 0.63 […]

Samsung’s first microLED TV sized under 100 inches was supposed to enter production in May. However, the company’s plans may have been delayed due to production issues, claims a new report. Samsung began investing more into its microLED business a couple of years ago, and word got out that the company is working on releasing […]

Samsung has been pushing its MicroLED technology for a couple of years. It has even launched massive models with screen sizes above 100-inches. As you can expect, those TVs cost an arm and a leg. The prices for the 110-inch MicroLED TV were as high as 170 million won. That’s over $140,000. Very few people […]