Samsung usually kicks off the new year with the announcement of its new TV lineup, but this year will be slightly different. The company has set an event titled ‘The First Look 2021,’ where it is set to unveil new display technologies along with new products and its “vision for the future of the display.”

Just before CES 2021, which is set to start on January 11 and end of January 14, Samsung will likely showcase its 2021 smart TV lineup. The event is set to happen on January 6, 2021, at 11 AM EST. We expect the company to unveil new MicroLED TVs, Mini-LED TVs, and 4K and 8K QLED TVs. Going by the silhouettes visible in the event’s invitation, there is a possibility of Samsung unveiling new laptops and tablets that use new display technologies. The South Korean tech giant could also announce followups to its The Frame, The Serif, and The Sero lifestyle TVs.

The South Korean tech giant wants to avoid OLED technology for its future TVs and jump straight to MicroLED technology. MicroLED displays can theoretically offer OLED-like viewing angles, contrast, and response time while steering clear of the usual OLED problems, including screen burn-in and low brightness. However, it is a new technology, and the biggest challenge resides in offering high screen resolution and reducing the price. 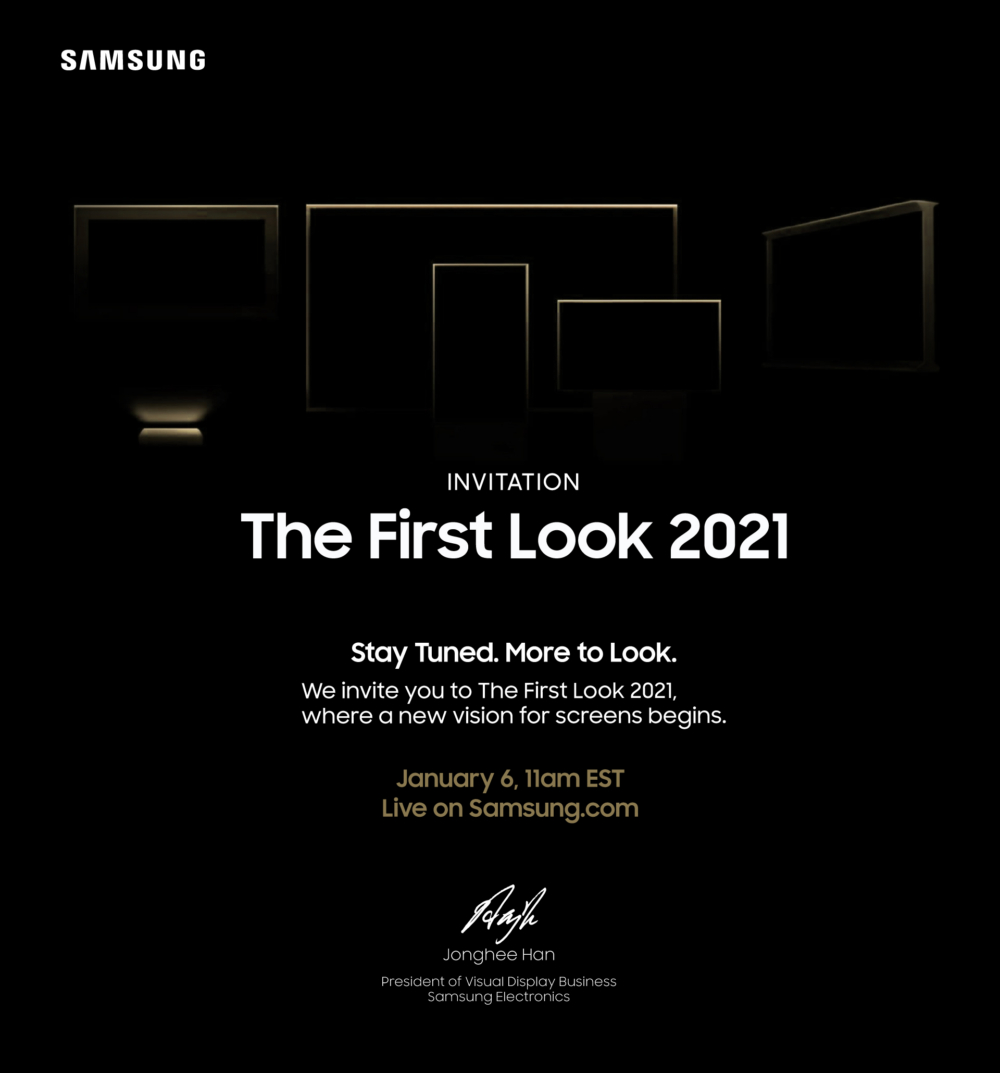