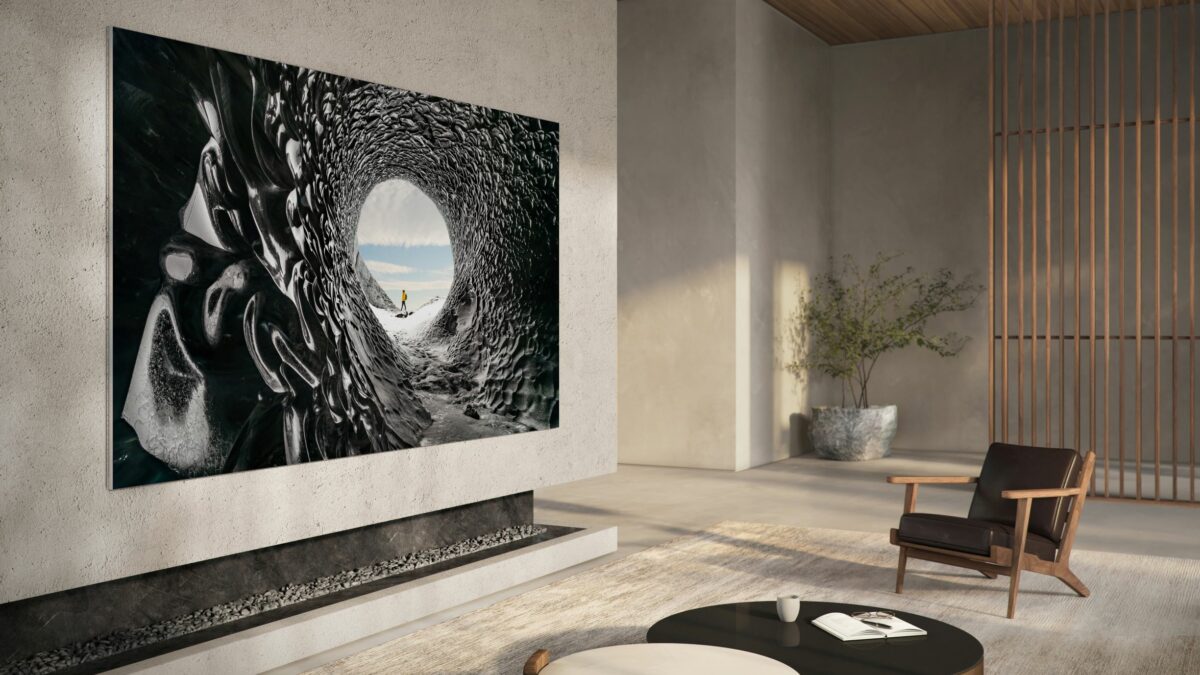 Samsung’s first MicroLED TV, The Wall, was unveiled two years ago with a massive 292-inch screen. However, it was sold only to businesses and a few wealthy customers. The Wall used multiple MicroLED panels in a modular form factor. The company has now unveiled a new 110-inch 4K MicroLED TV with a more traditional TV form factor and is targeted towards home cinemas.

The company’s new 110-inch MicroLED TV goes on pre-order today in South Korea and will be launched globally in the first quarter of 2021. It costs KRW 170 million (around $156,400), and Samsung intends to sell its new TV in the Middle East, some European countries, and the US initially. The South Korean tech giant says that it is reviewing options to release the TV in sizes ranging from 70 inches to 100 inches in the future.

The new MicroLED TV uses millions of micrometer-sized self-illuminating LEDs, making it more akin to the OLED technology. It can produce deep blacks and an infinite contrast ratio. What’s great about this technology is that it uses inorganic materials, which means it doesn’t have the burn-in problem that OLED screens face. Samsung estimates that its new MicroLED technology can last for up to 100,000 hours (translating up to 10 years). Moreover, MicroLED TVs can go much brighter than OLED TVs, offering better HDR performance.

Samsung’s new 110-inch MicroLED TV features a 4K resolution. Although Samsung hasn’t revealed the TV’s brightness, contrast, and refresh rate numbers yet, we expect the TV to feature HDMI 2.1 input and a 120Hz refresh rate, similar to the company’s other high-end TVs. It has a 99.99% screen-to-body ratio, which means there almost no bezels on the four sides. Plus, the company has managed to pack in a ‘Majestic Sound System’ with a 5.1-channel speaker setup within the TV’s slim frame, offering a great audio-visual experience out of the box. It also features the company’s Object Tracking Sound for a more immersive audio experience.

The new TV uses a 4K AI processor to upscale low-resolution video to 4K. The company has also implemented a new feature called 4Vue that lets users watch four 50-inch video streams from four different sources side-by-side. This feature can be used to watch the news and multiple sports simultaneously or watch game walkthrough videos while playing the game.

Making a 110-inch MicroLED TV with 4K resolution is an engineering feat. It is extremely hard right now to fabricate MicroLEDs that are small enough to fit more than 8 million of them in a 3.3-square-meter area. Samsung says that it used an advanced surface mount technology for LED chips and a new production process that it received from its semiconductor business.

Samsung believes that it can bring the MicroLED technology to lower-priced TVs in the future if more brands start investing in the new display technology. The South Korean tech giant is expected to unveil more traditional LED-backlit LCD TVs with 4K and 8K resolution during its virtual CES 2021 keynote on January 11. 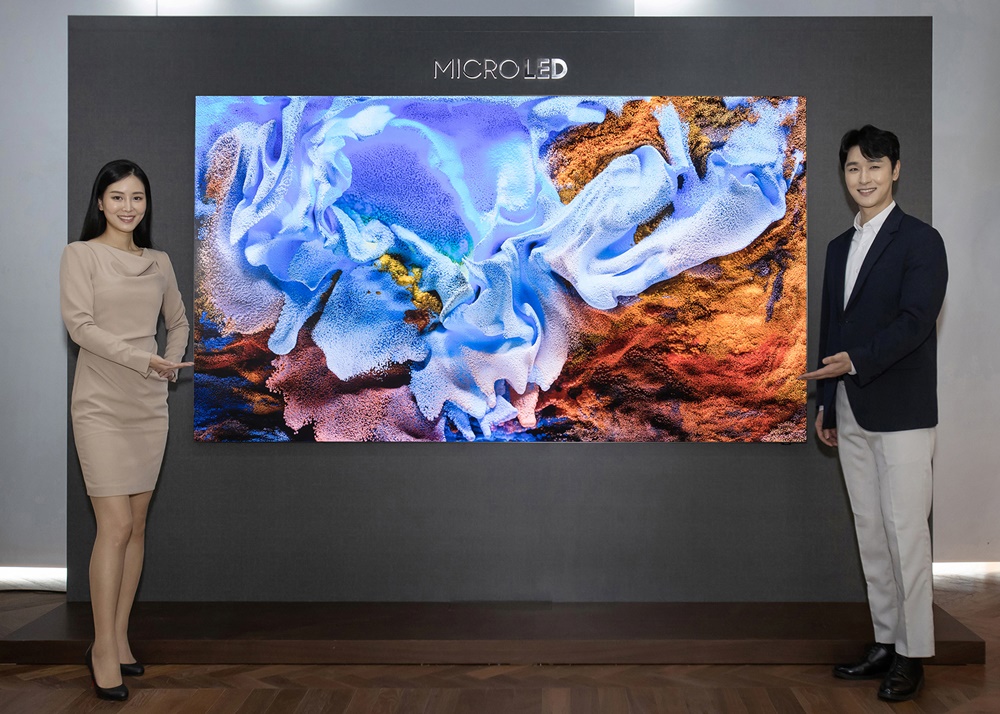