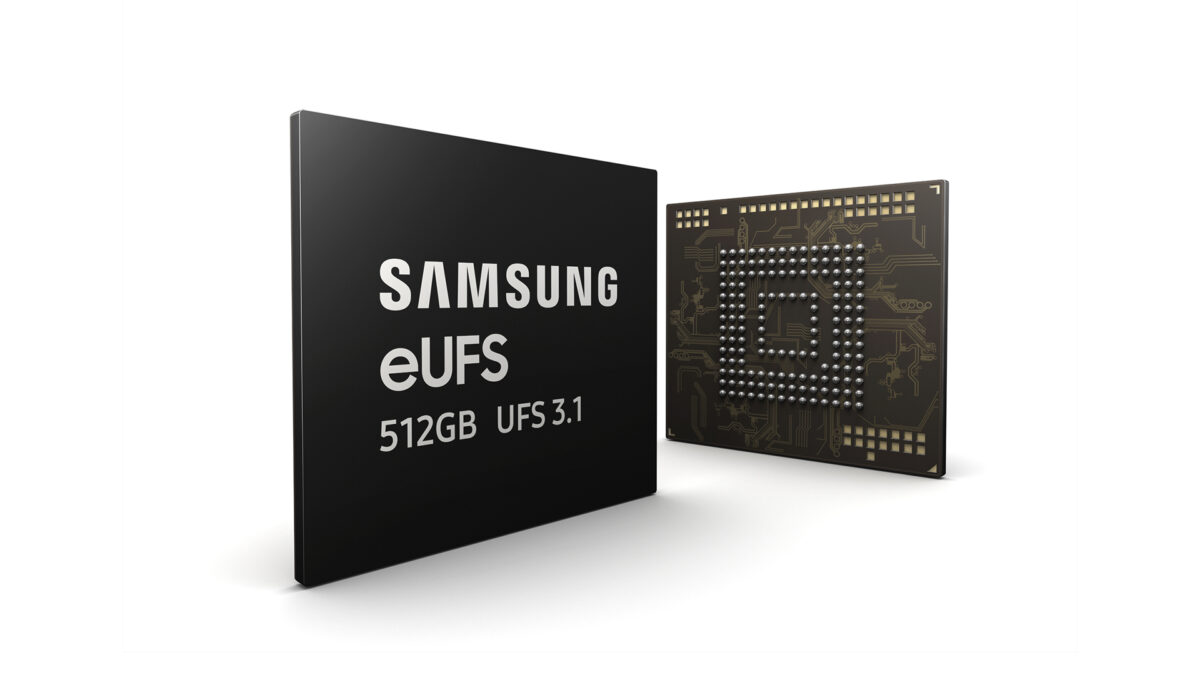 These 512GB eUFS 3.1 chips are faster than the eUFS 3.0 storage used in the Galaxy S20 smartphone lineup. We can expect eUFS 3.0 storage to show up in high-end smartphones, such as the Galaxy Note 20. These eUFS 3.1 storage chips can reach sequential read and write speeds of up to 2100MB/s and 1200MB/s, respectively. The sequential write speed is now three times more than it was on eUFS 3.0 chips.

Random read and write IOPS have seen improvements as well, at 100,000 IOPS and 70,000 IOPS, respectively. Samsung says that these chips could be used to save 8K videos recorded on modern flagship smartphones without any buffering. Around 100GB of data can be transferred from old phones to eUFS 3.1 storage equipped phones within 1.5 minutes.

Cheol Choi, Executive Vice President of Memory Sales & Marketing at Samsung Electronics, said, “With our introduction of the fastest mobile storage, smartphone users will no longer have to worry about the bottleneck they face with conventional storage cards. The new eUFS 3.1 reflects our continuing commitment to supporting the rapidly increasing demands from global smartphone makers this year.”