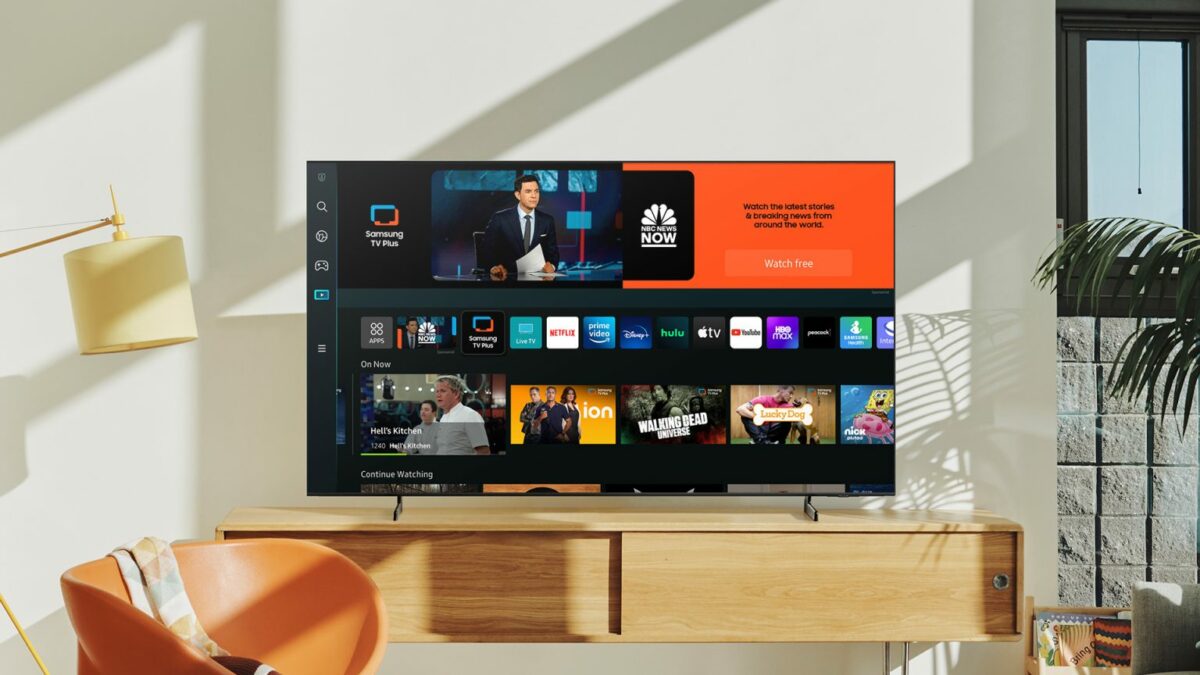 Google has updated the YouTube app for smart TVs with a cleaner design, and it will most likely reach Samsung smart TVs very soon.

According to a new report from 9To5Google, Google has updated the YouTube app’s design on Google TV with a minor change to the UI. The sidebar of the app now has a new section called More, which contains three categories: Movies & TV Shows, Live, and Sports.

Movies & TV Shows and Live sections existed as standalone categories in the sidebar earlier. However, with the new update, both sections have been moved under the More section. Sports, however, is a new category, and it could be a part of YouTube’s recent announcement to show MLB games live in certain regions. With the updated layout, the YouTube app for smart TVs now has nine categories as opposed to ten in the previous version. 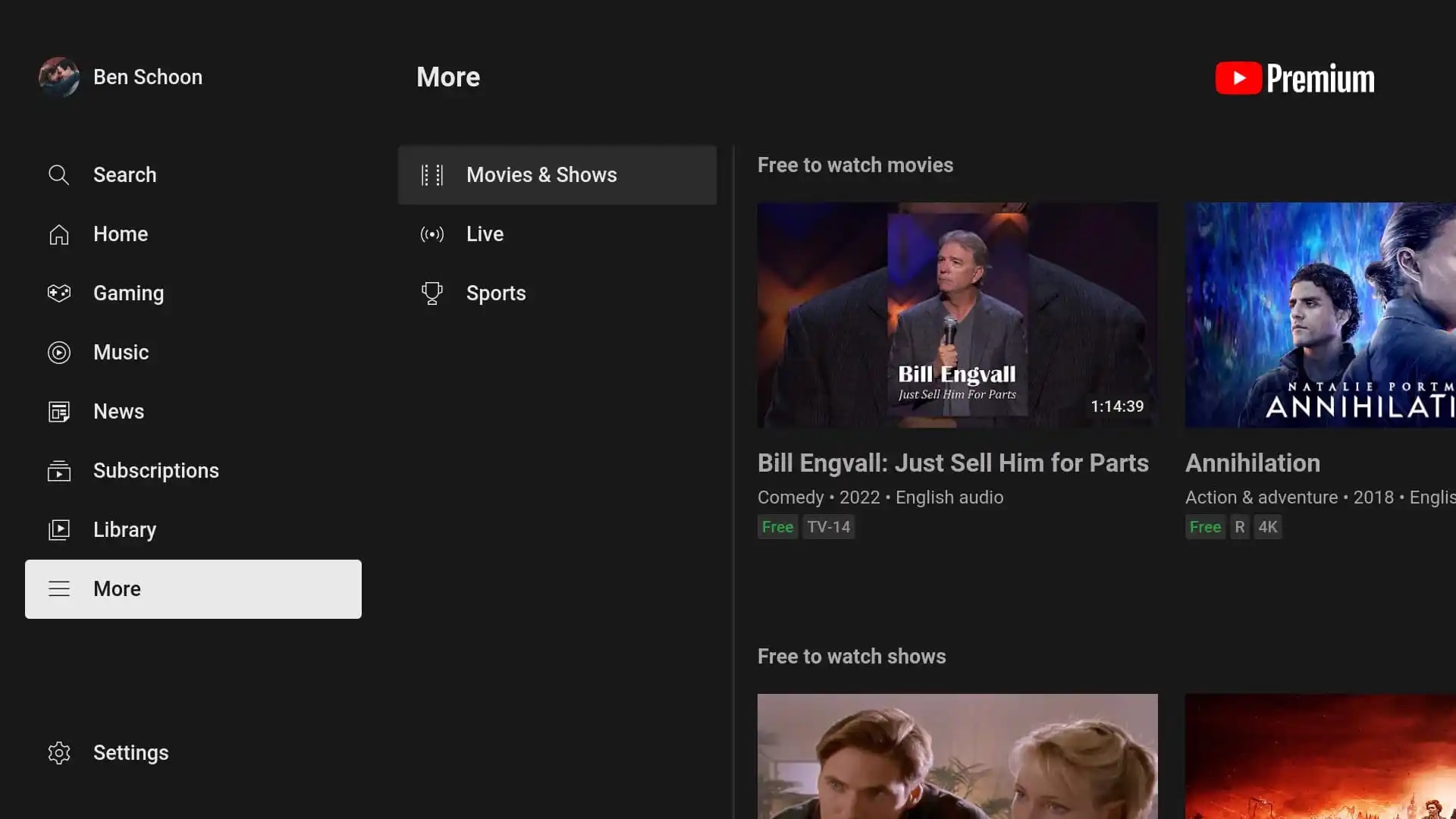 Google has updated the sidebar of the YouTube app multiple times in the past, adding YouTube Music and changing the icons, among other things. The latest update, although minor, focuses on making the YouTube app look cleaner than before and freeing up the space in the sidebar for future expansions.

While the updated YouTube app is currently rolling out to Google TV, it is expected to soon hit other smart TV platforms as well, including Samsung’s Tizen OS. 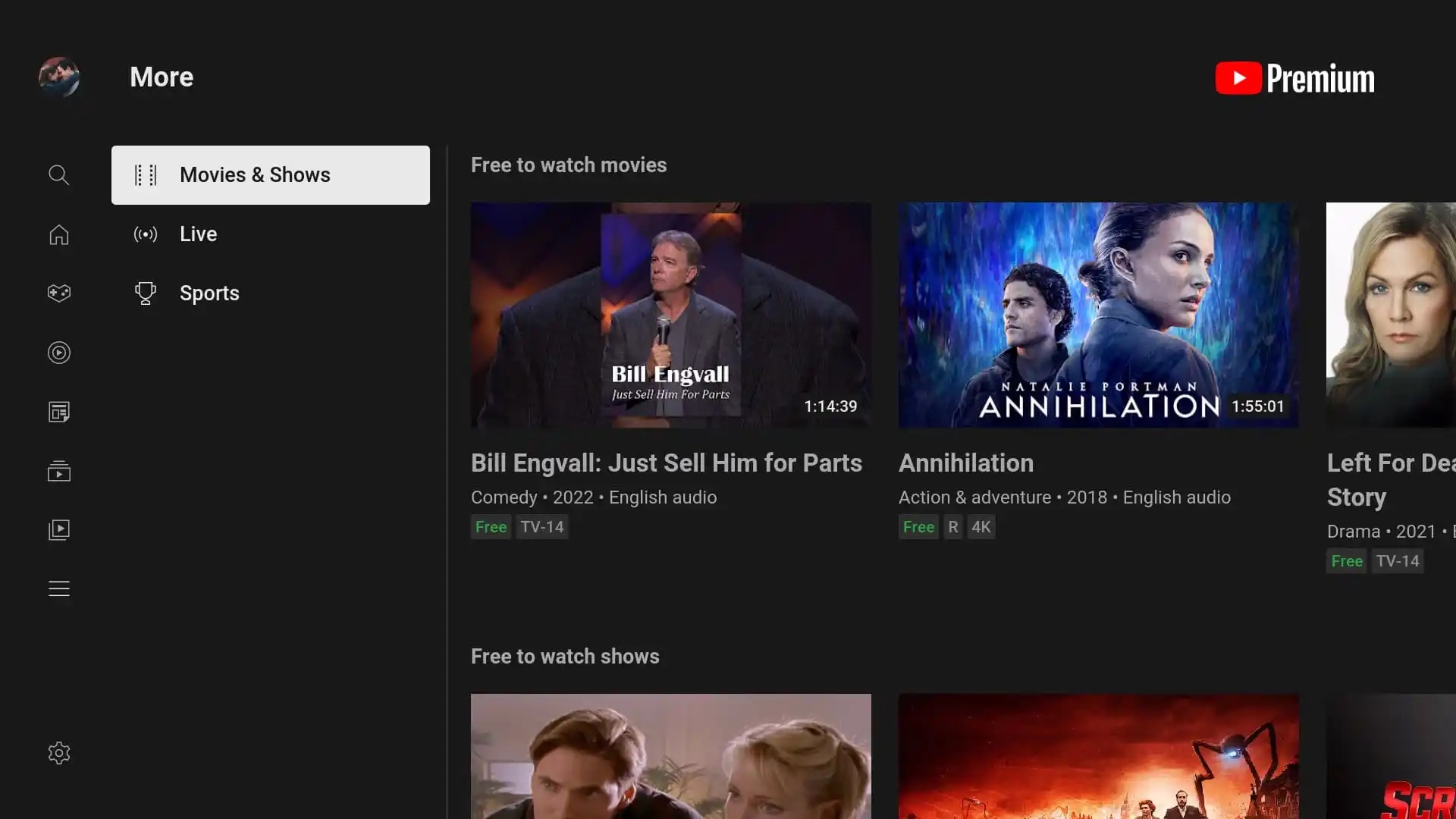