Samsung MWC 2021 live event will unveil the future of smartwatches

Samsung has been showcasing new products at the annual Mobile World Congress in Barcelona for years. Nobody got a chance to do that in 2020 as MWC was cancelled due to the pandemic. The organizers have brought back the event this year, though.

Samsung hasn’t held an in-person launch event since the Galaxy S20 event in February 2020. The company also confirmed pretty early on that it won’t have an in-person presence at MWC 2021. However, there’s going to be a Samsung MWC 2021 live virtual event.

Some of you might be confused about why MWC is taking place at this time of the year. It has traditionally been held in the last week of February. The organizers had delayed it to the last week of June to allow for the COVID situation to settle down a bit.

Even though MWC 2021 is an in-person event, Samsung had confirmed that it won’t have a presence on the ground. The company opted for a virtual event instead. Samsung has provided some details today about what we can expect to see during the live stream.

The company will showcase how the Galaxy ecosystem of connected devices enriches peoples’ lives. So there will likely be some Internet of Things related announcements. Samsung is also going to unveil “its vision for the future of smartwatches.”

It was already confirmed during Google I/O earlier this month that Samsung’s next smartwatches will run the new unified Wear platform that has been built with Google. The upcoming smartwatches won’t run on Samsung’s Tizen platform.

Perhaps we might get to find out more about this platform, the opportunities that it provides for developers and the new experiences it will power for users. It’s highly unlikely that the Galaxy Watch 4 will be unveiled at this stage. It’s expected to be unveiled alongside the Galaxy Z Fold 3 and Galaxy Z Flip 3 in August.

You can catch Samsung’s MWC 2021 live event on the company’s official YouTube channel at 7:15 pm CET on June 28. 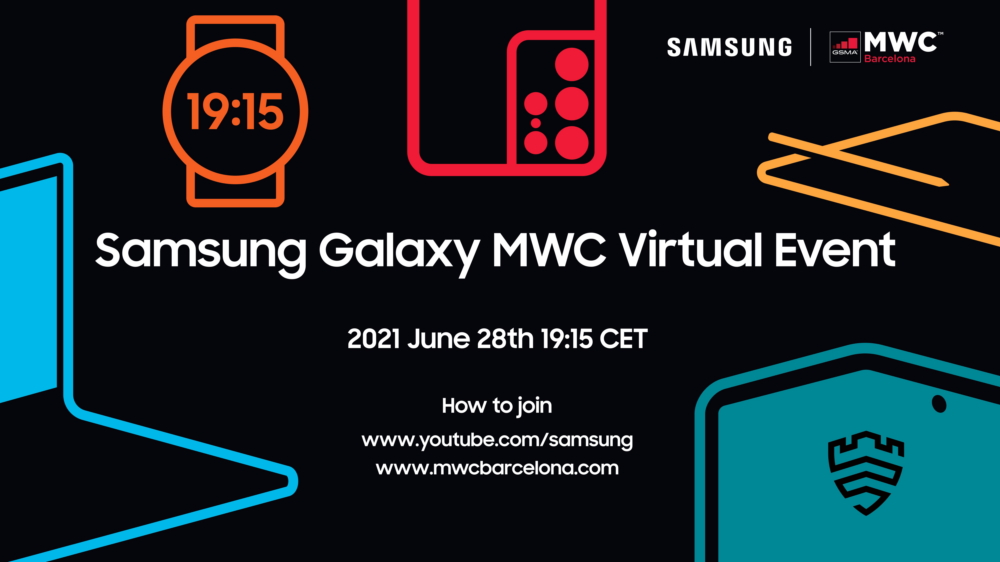