The global semiconductor shortage has hit the smartphone market hard in the third quarter of the year, reveals a preliminary market report from Canalys. Worldwide smartphone shipments dropped 6% year-on-year, but not much has changed for Samsung regarding market share.

In the 3rd quarter of the year, Samsung held a global smartphone market share of 23% based on shipments — unchanged from a year ago. The company remained the reigning champion, while other OEM’s, including Apple, Vivo, and Oppo (including OnePlus) managed to increase their shares marginally. Apple was even able to steal the 2nd place back from Xiaomi. According to Canalys, strong demand for the iPhone 13 contributed to this outcome.

We may not see as many holiday discounts this year

The global semiconductor shortage won’t ease “until well into 2022,” said Canalys Principal Analyst, Ben Stanton. Chip manufacturers have gradually increased prices to close the supply and demand gap, and this could lead to a gradual increase in smartphone prices.

Smartphone brands are attempting to mitigate the damage and match the high demand by making last-minute changes in the supply chain, but according to the source, this often leads to miscommunications with retail and distribution channels.

The situation could worsen at the end of the year, as demand will be even higher around the holiday shopping season. Inventories are already running low, and some retail channels are reportedly reluctant to offer holiday deals because they fear they might not be able to fulfill them.

Given the high demand and low supply, we might not see too many discounts on Samsung products around the holiday shopping season, but Canalys estimates that smartphone brands will offer IoT and wearable product bundles to try pleasing customers. 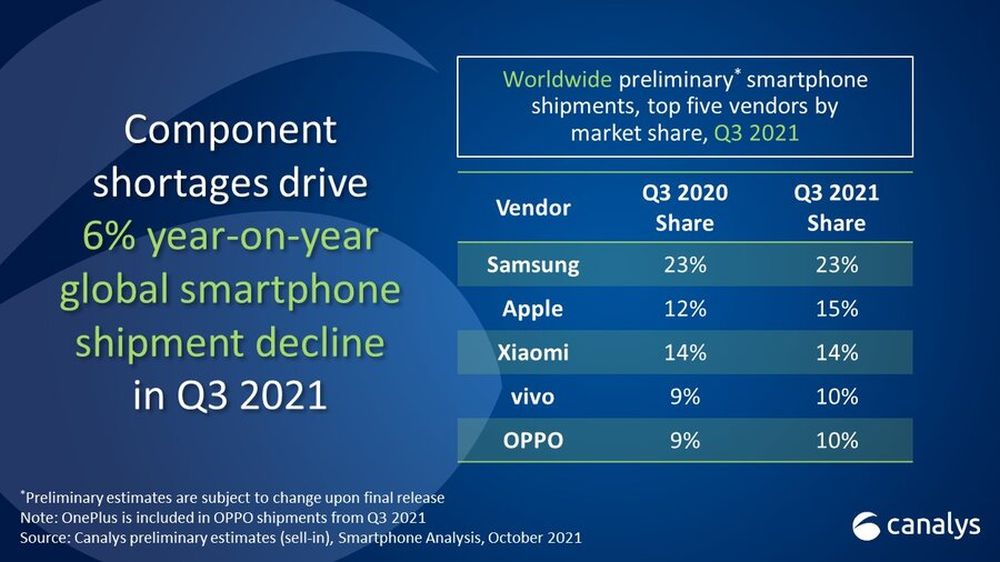