Samsung launches the Galaxy A50s and A30s in India 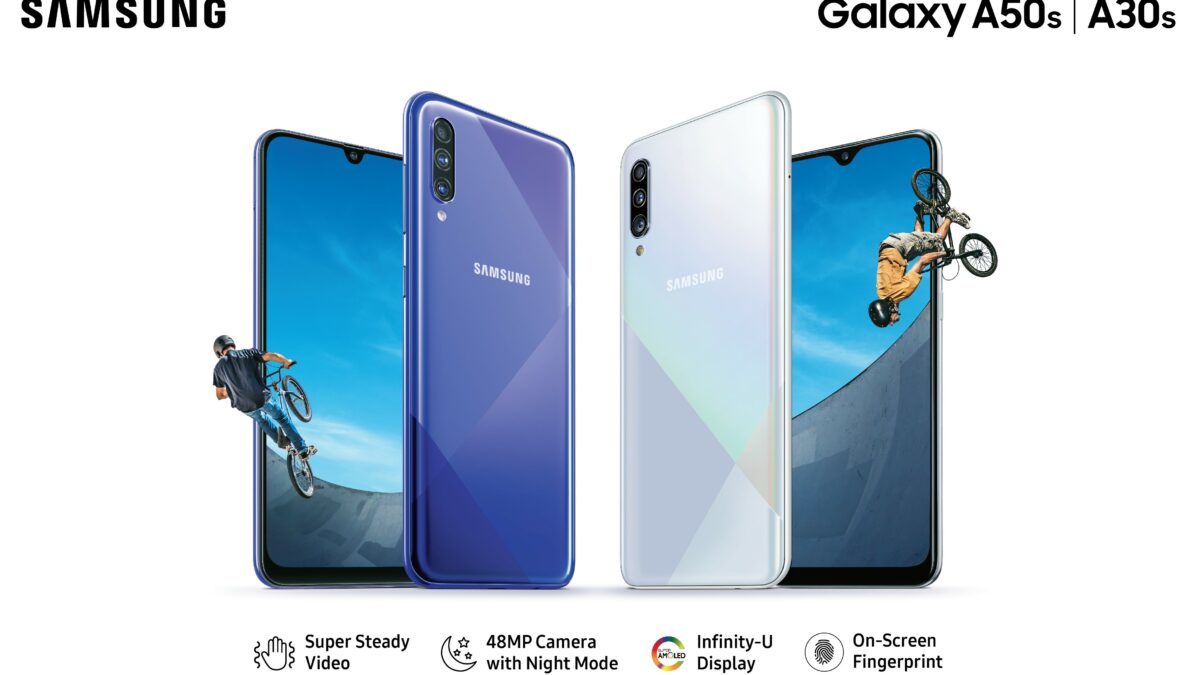 As suggested in the recent teasers, Samsung has launched the Galaxy A50s and A30s in India today. Both these mid-range devices were unveiled by the company last month itself, but pricing and availability information was not revealed at the time of the announcement. India is one of the first markets to get these new models from Samsung.

The Galaxy A50s is a slightly upgraded version of the existing A50, as evident from the spec sheet below. Samsung has bumped up the resolution of the primary cameras and added NFC-based Samsung Pay to differentiate the A50s. It also sports a “newer” Exynos 9611 SoC and comes with Night Mode and Super Steady camera features.

Similarly, the Galaxy A30s is also a minor upgrade to the A30 with an in-display fingerprint reader, higher-resolution primary camera, and NFC-based Samsung Pay. Strangely, the A30s sports a lower-resolution display than the A30, making the former a downgrade for some customers. Both the Galaxy A50s and A30s come with AI-powered Game Booster for improved gaming experience.

The Galaxy A50s and A30s come in Prism Crush Black, Prism Crush White, and Prism Crush Violet color options with “unique geometric patterns” and a holographic effect on the back. Both the models are already available for purchase at various online and offline stores in India. 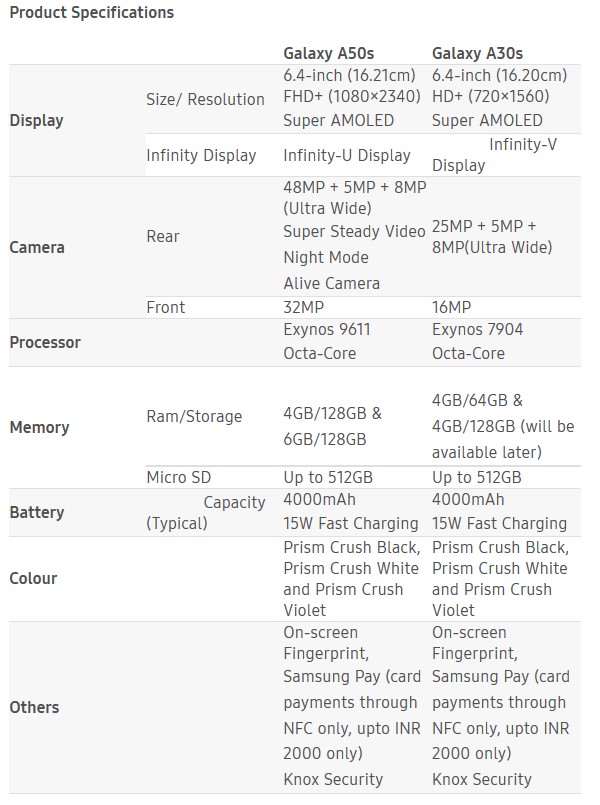