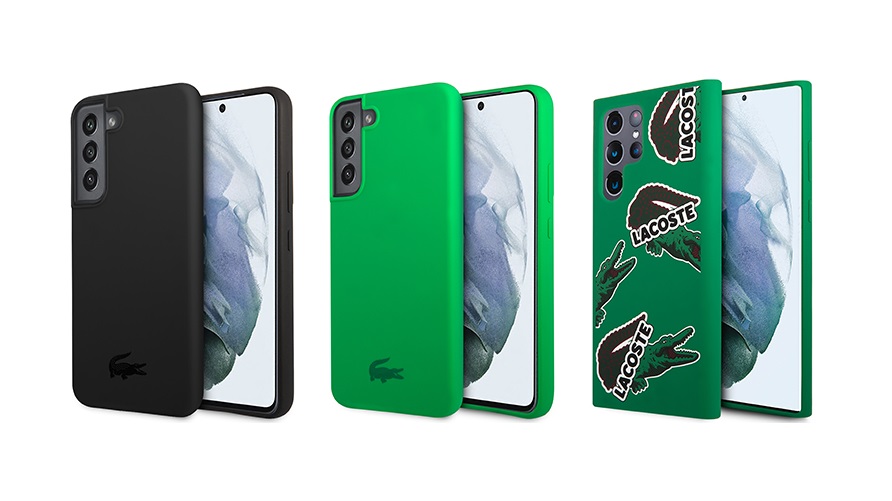 Samsung established numerous fashion collaborations for some of its previous flagship phones, including the Galaxy Z Thom Browne Editions and the Galaxy Watch 4 Maison Kitsune Edition, to name a couple. The company is ready to announce another fashion collab in anticipation of the Galaxy S22 series, but rather than a special edition device, this time, we’re looking at a handful of protective cases designed by French fashion company Lacoste.

Samsung announced that these new cases are coming to the entire Galaxy S22 series, including Galaxy S21 FE. Confusingly, in this particular instance, the company is referring to the S21 FE as a part of the 2022 flagship lineup, even though it’s not a proper flagship.

The Galaxy S22, S22+, and S22 Ultra case designs were revealed by Samsung in its official blog post. The renders don’t look very official — especially around the camera modules — but indeed, they are an official representation of the final product. The Ultra model has the Lacoste logo all around, while the S22 and S22+ have a black and green finish, respectively.

The Galaxy S21 FE Lacoste case has yet to be revealed, but they should all hit the market before the end of February. Samsung didn’t confirm an exact release date or pricing details as of this writing. And there’s a chance that the Lacoste Galaxy S21 FE / S22 cases will remain exclusive to France, where the clothing company is headquartered. We’ll keep you posted.